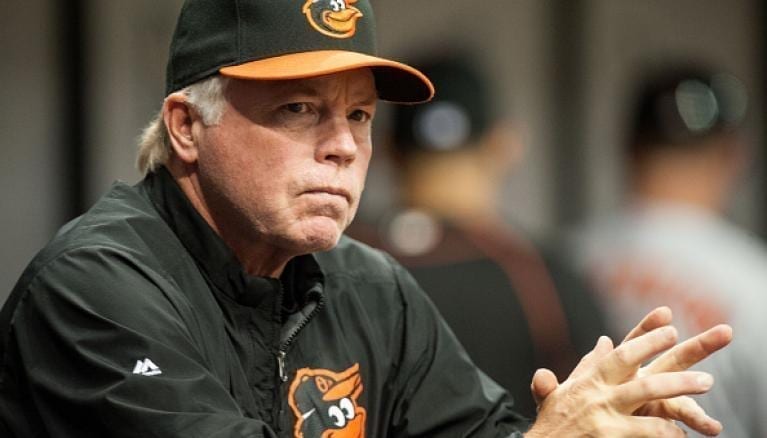 After a 4-1 loss last night, the Baltimore Orioles woke up this morning sporting a 20-23 record. This has them in 3rd place in the AL East – 3 GB of Division leading New York.

If you are an O’s fan, these initial 43 games have been a tough watch. Understandably cynical feelings abound in Birdland.

That said, I’m not here to pile on the Birds today. I’m here to point out that 73% of the regular season awaits, and that nobody is going to run and hide in the East. Whatever the O’s will or will not be this year, is still within their own control. (Just like it was last year, when the O’s were 26-27 on May 30th, 4.5 GB, and in 3rd place.  Or a week later on June 6th, when they had fallen to 6.5 out.)

Some quick thoughts on the Division.

New York’s lineup is producing. They are 7th in slugging, and 4th overall in runs. That lineup also features plenty of age. I believe that age will show in the second half of the year. The bullpen is a strength. Most importantly, is Pineda going to last the year? He missed all of 2012 and 2013. He had 76 innings last year. How many is he capable of pitching this year? If Tanaka can get back into the rotation, and stay there; they might be the favorite – but I don’t sense anyone is optimistic about Tanaka’s chances to do that.

The strength of the Red Sox is supposed to be their lineup. To date they are 24th in slugging, and 21st in runs. The rotation issues have been discussed repeatedly. Defensive Efficiency shows Boston to be middle of the pack with the glove. I do think Boston will play better (they can’t play worse), and like with New York – they will have the ability (and desire) to go and augment their roster by trading for SP. They look better prepared to me than the Yankees to add.

Tampa Bay deserves some credit for not being dreadful to start 2015. Especially with all the injuries they have dealt with. Unfortunately for them, they have lost Cobb and Smyly for the season.On the plus side, Moore will be returning at some point. If Moore is his former self when he gets back, he can team with Archer and Odorizzi to give the Rays a  nice 1,2,3. That combined with their defense, would give them a chance a lot of nights. Is there any reason to think that offense (18th in on-base %, 19th in slugging %, 22nd in runs) can improve? I don’t see it. If Kevin Cash gets that roster to finish near .500; he should get some Manager of the Year votes.

Toronto has enough talent to win the East, and to catch fire at some point. As we’ve said all year though, the loss of Stroman really impacted their rotation. They are going to need another starter to rely on. If they become the team who makes the aggressive move for rotation help, they might be able to take control of the Division. As is though, they are relying on a lot of youth overall, and that pitching staff as a whole is not good enough.

In my opinion, the primary question to ask is will the O’s improve their own level of play going forward?

I would argue to you that the O’s this year are basically very similar composition wise to what they have been the last three seasons. An offense built around power, with mediocre on-base abilities. Plus defense, and a rotation capable of keeping the team in most games.

Over the three previous years only two things occurred which were not sustainable. The first being the O’s record in 1 run games in 2012 (and even that had some level of explanation when you factored in the bullpen and the defense), and the rotation ERA after the All-Star break last year.

The rotation is basically what it has been. Jimenez stepping forward, and Norris stepping back is a wash. Chen, and Gonzalez are not doing anything you would not expect from them. Tillman was extremely consistent from July 2012 through 2014. This year, he’s been good against everyone not named Toronto. I expect his overall numbers (at-least via innings and peripherals) this year will end looking like the previous 2.5 seasons.

We will see what happens with the 5th starter. Can Gausman get back and provide a lift? If not, you should still expect Norris to be better than he was to start this year. If he is average the rest of the way (his career norms), that is a lift vs. what he provided before going on the DL.

Regarding Wright, I still see his future in the bullpen; but of course you continue to give him the ball as a starter until you have a reason not to. He’s been handed an opportunity, and he is taking advantage of it.

The offense is reliant on it’s power. Just as it has been previously. The O’s are currently 9th in slugging %, and 16th in on-base %. I think the slugging will improve, and think the on-base % will stay just about there. The Birds are currently 18th overall in runs. I expect they will finish in the Top 10. The homers have been down in May as Jones has struggled, Davis has struggled, and Pearce as yet to get going with any consistency. When the homers again fly, the O’s will again score. They will continue to have issues manufacturing runs, as they are a station-to-station team, and aren’t going to put a lot of runners on-base.

Hopefully you get Schoop back by mid-June.  Wieters had his first rehab start last night. After a year without ab’s he figures to need to shake off the rust. Is he going to out-produce Joseph when he returns anyway? That is a question, but the thought process should be that the two can keep each-other rested during the remainder of the year. That should help with the offense of both.

Hardy will be better (if his back allows). As we said above, Jones struggled here in May. He’s not going to be the player he was in April, nor the guy he was here this Month. Things average out, and he figures to finish the year with offensive numbers similar to what he has put up for his career.

Machado’s surprising amount of throwing errors has overshadowed the fact that he currently has an .802 OPS, and is on-pace for 64 xbh’s. I don’t think he is doing anything offensively that he can not sustain, and I suspect he still has another level to reach.

The bottom-line with the offense, is that there has to be some level of production from Davis, and Pearce. Strikeouts can be overrated, but Davis is routinely having poor ab’s. I believe he is a better player vs. what we are seeing. Even if he never again reaches the highs of his magical 2013 season, he should be able to again find the player that existed in 2012. In 2,703 Major League ab’s he has a career OPS of .810. He’s currently at .711 this year. Basically he has struggled badly since the start of 2014. If he can finish the year somewhere between his career levels and 2012 (.827); that would be a lift to this lineup. I guess where I’m at with Davis is that I still think he can help the team, still think there is talent there, but admittedly question if he is going to produce with any consistency. He has to start with a better approach, and stop giving away ab’s.

Pearce has shown some positive signs the last few days, and that is good to see. The O’s need him to mash LHP at the minimum. If he gets back to hitting RHP like he did last year, all the better obviously.

Interesting move with the Designating for Assignment of De Aza today. (Discussed in detail at BSL here.) Certainly helps open things up a bit for Snider, Lough, and Young on the corners. We will see if someone steps forward.

If you are down over what you’ve seen from the O’s over these 43 games, you should be. The Birds have not played well. Bill Parcells said you are what your record says you are. If you are only looking at the O’s through the prism of what we’ve seen so far this year, then the conclusion has to be they are not good. I’ll appropriate the comments of another former NFL Head Coach – Denny Green – though. The O’s can still be who we thought they are. The final epitaph of this season has not been written, and you can not logically look at the rest of the AL East and bury the Orioles.