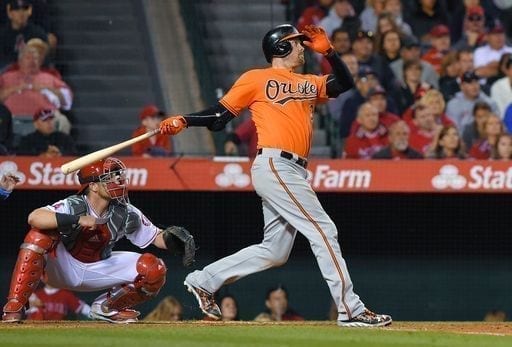 When looking through the Baltimore Orioles history, there are several ways to put together an all-time team. One would be to simply to take the best players at each position—regardless of how the Orioles acquired them—and assemble a lineup from that list.

Another method that shines more of a light on  the club’s history of developing players, however, is to narrow the list to homegrown candidates. The following roster follows that criteria, highlighting the best homegrown players at each position—including eight position players, and a five-starter rotation.

This is rather subjective, but I considered a few elements for my criteria. One was to only include players that had been originally drafted or signed by the Orioles, rather than players who simply made their major league debuts with the team. That leaves off some good candidates, including Paul Blair and Chris Hoiles.

Another is that I put a little more weight on a player’s time in Baltimore. At their peaks, players like Steve Finley and Jake Arrieta would have a case for making this roster, but their best years did not come in an Oriole uniform.

As far as positions are concerned, I did not follow a strict criteria when it came to games played. However, I did expect that every player ranked would spend multiple seasons at one position, which helped to separately define the three outfield positions. Another point to note is that when Wins Above Replacement (WAR) is cited, I am using the Baseball-Reference version of the metric.

With that, here is my all-time homegrown team for the Orioles.

Though the former first round pick is still a free agent, it seems that the door has been shut on a reunion between Wieters and the Orioles. If this is the end, he departs Baltimore with a .256/.318/.421 triple-slash line while belting 117 home runs over 3,648 plate appearances. The fact that he appeared in three All-Star Games—and was selected to four total—certainly enhances his case.

During his initial run with the Orioles, Murray was named an All-Star seven times, all of which came after his Rookie of the Year-winning debut season in 1977. While Boog Powell makes a strong case at this spot, the fact that Murray’s best production in his Hall of Fame career came in Baltimore gives him the edge.

It took Grich until 1972 to become a regular, but he made the most of his time in an Oriole uniform, earning two All-Star appearances and winning four Gold Gloves. Before departing for the California Angels, Grich amassed a 36 WAR in Baltimore, thanks to his excellent defense and solid offensive production. Grich beat out some good company for this spot, including Davey Johnson and Brian Roberts.

Nothing really needs to be said for Robinson, but lets run down his career highlights just for fun. An MVP in 1964, he also received the World Series MVP in 1970, won 16 Gold Gloves, was named to 18 All-Star teams. Furthermore, advanced metrics, when reviewed today, back his claim as one of the best defensive third baseman of all time.

Like Robinson, there is not much that needs to be said for this fellow Hall of Famer. Ripken’s career highlights include two MVPs, was named an All-Star 19 times, and exceeded the 400 home run and 3,000 thresholds. That—combined with his 95.5 career WAR, 2,632 consecutive games played, and the fact that he changed the shortstop position—makes him a very easy choice to join this lineup.

Baylor does fall into the category of a player whose most memorable years were spent outside of Baltimore, but his tenure with the Orioles was good enough to get the nod here. His offensive production over his time in Baltimores included a .274/.349/.439 line, and a 125 OPS+. After being traded to the Oakland A’s before the 1976 season as part of a deal that landed the Orioles Reggie Jackson and Ken Holtzman, Baylor went on to have a solid career, highlighted by his MVP-winning campaign with the Angels in 1979.

As noted earlier, Paul Blair could have been in this spot, if not for one issue: he was originally signed by the New York Mets, and spent one season in their farm system before being acquired by the Orioles via the Rule 5 Draft. Even with that, Bumbry has a strong case here, as he won a Rookie of the Year in 1973 and was named an All-Star for his excellent work in 1980. Bumbry’s numbers with the Orioles include a .281/.343/.378 triple-slash line over 5,619 plate appearances.

Over his tenure with the Orioles, Markakis batted .289/.358/.426 and posted a 25.5 WAR. Though it took until the last three years over of his stint for the Orioles to become a contender, the decision to draft Markakis in the first round in 2003 is arguably the first step in assembling the core that allowed the club to get back to being successful after so many down seasons.

As two of the best starters in franchise history, Palmer and Mussina are easy choices. A three-time Cy Young Award winner, Palmer is in the Hall of Fame. It appears that Mussina—after earning 51.8% of the vote on the most recent ballot–could be on his way.

Flanagan, meanwhile, is one of just two homegrown hurlers —along with Palmer—to win a Cy Young Award in Baltimore. The cases of McNally and Pappas are also strong. McNally finished in the top five of Cy Young voting three times while in Baltimore, and posted a 3.18 ERA and 3.46 FIP along the way. Pappas might be best remembered for being traded for Frank Robinson, but he was one of the Orioles’ first standout pitchers to come through their farm system. He posted a 113 OPS+ over his years in Baltimore, and was named an All-Star twice.