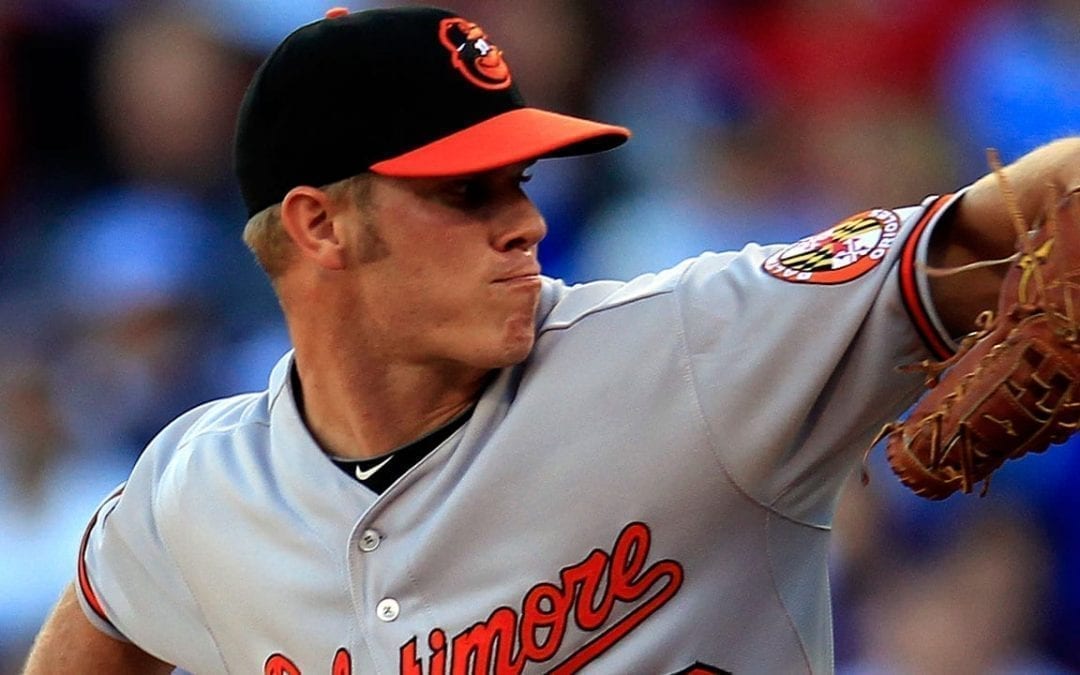 (Chat about this on the BSL Boards here!)

You can look in the past, and oh boy is that list haunting. Adam Loewen, Hayden Penn, Matt Hobgood, Daniel Cabrera, Radhames Liz…..you could go on for days.

But the one staring you square in the face right now is in the bullpen. His name is Dylan Bundy, and he’s broken your heart in a lot of ways. Now this isn’t to say he should shoulder any of the blame; it’s easy to imagine that the emotional distress and wear and tear of how his career has evolved has been toughest on him. But when Baseball America and MLB.com listed a then-20-year-old Bundy as the No. 2 prospect in the game, it’s easy to imagine the feelings of hope, and then the cloud of dread.

When Bundy was drafted he signed a Major League contract, meaning he was immediately placed on the 40-man roster and his clock for options immediately began ticking. And between throwing 167 innings between three years in the minors and dealing with multiple arm issues, he’s blown through those options with little to show for them. He hasn’t ever pitched at Triple-A. He only has thrown 38.2 innings above High-A in the minors, and has thrown just 10.2 innings in the big leagues between this year and 2012 — and none in between.

Basically, Bundy is a 23-year-old righty who is a Rule 5 pick on the team who drafted him. But unlike Joey Rickard, he can’t be sent down in any subsequent years to recoup any development time lost by having to be on the 25-man roster. Instead, he has to sink or swim.

It’s pretty easy to argue so far this year he’s sunk. He’s allowed just two earned runs in the nine innings he’s worked this season, but he’s allowed 11 hits and four walks — an unsightly 1.67 WHIP. He’s faced 39 batters this season and struck out two — a 5.1 percent strikeout rate. Let’s put it this way: if Bundy’s strikeout rate came as a hitter, just one guy in baseball would have been harder to strike out this season among 199 (!) qualified hitters.

So Bundy is striking out batters less often than Joe Mauer strikes out. Or less than half as often as guys like Victor Martinez, Albert Pujols and Ben Zobrist — all notoriously tough guys to strike out. Thirty-nine plate appearances isn’t a lot — according to FanGraphs, strikeout rate stabilizes around 70 batters faced — but we’re talking so putrid thus far that even if he strikes out seven of the next 31 batters to get to that point (roughly the league average rate moving forward), he’ll still only be at about 12-13 percent. In other words, about 10 percent off league average.

It’s hard to envision a scenario where it can get better. A team starved for pitching help would absolutely claim Bundy if placed through waivers to send him out. That’s especially true of a team with even less playoff aspirations than the Orioles; some NL clubs come to mind. That’s also before considering just how unlikely that is to happen, given the team spent a fourth overall selection on Bundy. Given that plus the organization’s issue with developing pitching prospects, they’re not about to give up on a 23-year-old and just admit a mistake.

So how could it get better? Well Bundy could work himself into higher-leverage work and be a useful late-inning reliever. Again, not an ideal use for a No. 4 selection, but at some point you’ve got to work within your constraints. But how terribly likely is it for Bundy to move up the totem pole when he’s in a bullpen with seven guys who’ve worked innings in relief on this team with ERA marks under 3.00, or within a whisker of being so. The two guys who aren’t — Vance Worley and Tyler Wilson — are both at 3.06 in 17.2 innings. They are literally one out away from qualifying.

Bundy isn’t taking Zach Britton’s job, and he’s not displacing Brad Brach, Mychal Givens or Darren O’Day among high-leverage righties for work. That’s likely a huge reason why he’s worked fewer innings than those guys, and hasn’t worked with the Orioles ahead in a game since April 12. Even in that game, he worked a season-high 2.1 innings, so it wasn’t like he was in to put out a fire.

But if Bundy would be so sought after on waivers, surely he’s got trade value, right? That’s probably true, though it’s unclear how much. The issue is the Orioles can’t exactly showcase him for a trade by having him work mop up innings, and yet can’t really afford to give him the innings for guys like Brach or Givens even, and those guys are the front end of the Britton Bridge.

And any sort of deal will absolutely be selling low on Bundy’s potential back-end future. That’s to say, later in his career, not that he’s destined to work in the back-end of a rotation, or even a bullpen. If he can help somebody’s bullpen, it might as well be the Orioles’. If anyone thought he could help this rotation however, it’d seem likely that he’d have been given every chance with the state it is currently in (third-worst AL SP ERA at 4.81).

Maybe I’m overanalyzing the situation, and the Orioles can just be happy with whatever he gives them out of the front part of this lockdown bullpen. But even then, that still probably puts him on the lonely road of failed Orioles pitching prospects. Do you see a way the situation could be salvaged?