Baltimore’s Round 1: The need and the luxury 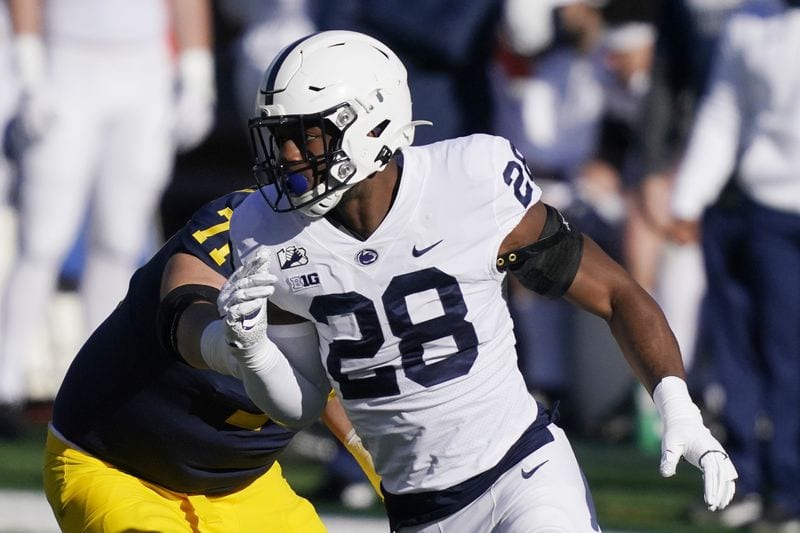 Rashod Bateman is an answer to a problem the Ravens had last season: He knows how to get open.

He can attack the middle of the field in a way that will improve on Willie Snead, mixing low 4.4-speed with nuanced moves and an explosive release. He’s not purely a slot receiver, but his ability to operate in that area, you’d have to imagine, was a big selling point for the Ravens. That’s where Lamar Jackson won in 2019.

Coming into 2021 with a foursome of Sammy Watkins, Bateman, Marquise Brown, and Myles Boykin should make this the best receiving group Jackson has ever had. I don’t know if there’s huge fantasy upside for Bateman in a run-focused Ravens offense — at least not yet — but he’s a pick to try to solve the biggest downs that Baltimore faltered on in 2020. It’s hard to not be excited about it. They might have some growing pains with Bateman against zone coverage, but other than that, I think he projects in a pretty clean way.

Bateman’s 2019 tape appeared to carry the day with the front office, and you love to see that it was an easy pick to make. I think there’s probably some conjecture to be had about “well, the wideout class is deep, you can probably dig in there and find someone at a better value if you trade down,” but at the same time, sometimes it really is just as easy as picking the best player on your board. Bateman had a clear case to be made as one of the four best wideouts in the draft and the Ravens had to be thrilled he was there. If you prefer more of a statistical projection, Football Outsider playmaker score gave Bateman a rating similar to Sidney Rice and Keenan Allen.

With Odafe (nee Jason) Oweh, this one felt more like a luxury pick than a pick the Ravens needed to make. I know that everyone wants to plug in the next Terrell Suggs and that Matt Judon left — you don’t normally find the next Suggs this late in a draft and Judon I’d call more of a scheme success than an overwhelming talent. I’d ask simply: Are you happy, four years later, with the Tyus Bowser pick? Bowser never had a dominant statistical season as a pass rusher at Houston, peaking at eight sacks. But he tested athletically as someone who would be a fiend, just as Oweh did.

On the left here is Bowser, and on the right is Oweh. Oweh ran faster, but Oweh also produced even less than Bowser in college, with just seven career sacks and — as importantly — just two passes defensed. That lack of production is a big reason that Football Outsiders’ SackSEER system was a little skeptical on him as compared to a prospect like Jaelan Phillips. John Harbaugh immediately downplayed any worries when asked about his college production:

Ultimately it really does come down to how much production the Ravens can garner from him. I don’t think this is typically the kind of player who gets it in Year One, but if they can flip his switch, it could be a home run pick.

I think Oweh profiles more as a low-floor, high-ceiling pick than a must-draft guy. If it all goes right, Ravens fans will be able to laugh for years that he slid all the way to the back of the first round with an athletic profile that suggests he belonged in the top 15. If it doesn’t, well, here’s another version of Bowser: a dependable NFL role player who isn’t adding a ton to the pass rush.