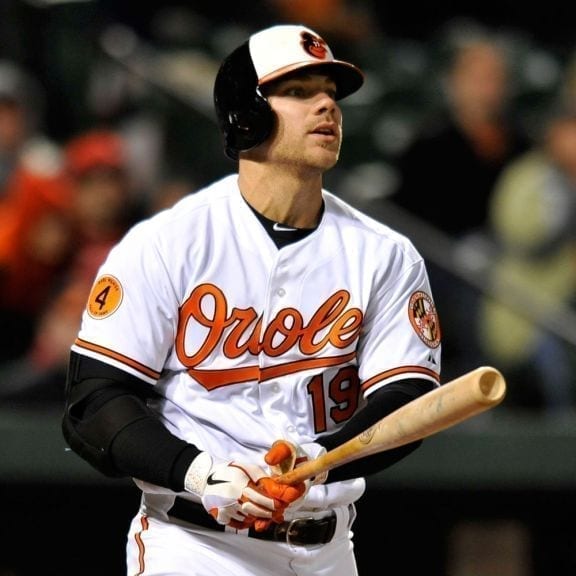 Power is at a premium in today’s Major League Baseball. In a suppressed run environment, a player who can add runs to the scoreboard in the purest sense is a valued asset to any team hoping to contend in the postseason. Home runs, in fact, might be more important than shutdown ace pitchers when the playoffs begin. The Orioles, baseball’s home-run-hittingest team, must feel pretty good, then! But who are baseball’s greatest power hitters? Should we go by the total number of home runs each player hits, how their power rates on a scouting scale, or who can hit balls the farthest? Each of these is a reasonable way to gauge power, and is by no means an exhaustive way to do so.

How do you rate power hitters? Which players are in your top tiers? Join the discussion on the BSL Forums.

Since I’m concerned primarily with who can exhibit power in the way that best helps a team, I’ve elected to look into actual home run hitting. The scouting scale is useful for potential or ability, but doesn’t necessarily translate to relevance if a batter can’t make contact. Home run distance is a measure of strength (and surely the players who hit the longest home runs are more likely to hit more home runs as well, since it would take less effort for them to put the ball over the fence), but all home runs count the same once they clear the fence.

The greatest home run hitters aren’t necessarily the league’s greatest hitters. In 2014, increased power, as measured by home runs hits and the rate of home run hitting, is also associated with more strikeouts:

With power also comes a decreased ability to hit for average:

That’s to be expected with the growth of the three true outcomes hitter. But if we were to group power hitters into tiers or clusters, we would be able to find players who provide the same home run output, but have different traits to go along with it. Maybe some of MLB’s elite power hitters play somewhere besides 1B; maybe some shortstops are more similar to corner outfielders in terms of plate production.

Those that hit more homers or hit homers more often are more likely to make a lot of money this season. Perhaps we could identify young, cost-controlled power talent similar to the expensive output of older players, or even minor league batters who could make a powerful impact at the Major League level, for a far more reasonable price. These are the players we should target in our fantasy baseball leagues – and the ones we hope that the Orioles front office team has their eye on acquiring.

To break MLB’s active power hitters into tiers, I first used the Jenks optimization method. The Jenks method creates a predetermined number of classes in which to place data in order to minimize the deviation of data from the class mean but maximize the deviation of the class mean from the mean of other classes. In other words, it groups data similar data together and keeps different data separate. This method was developed for cartography, but by using it, we can place power hitters into a bucket with hitters who are similar in one respect. The Jenks method is a type of natural breaks optimization method, so I’ll refer to tiers that batters fall into as natural tiers.

To create power hitting buckets, I used the most common measures of power: home runs and home runs per plate attempt. I bucketed everyone’s 2014 stats, but didn’t want a bad year to cause us to drop someone like Chris Davis from the elite tier of power hitters, so I created new buckets for every player-season from 2012-2014.

The natural top tier home run hitters in 2014 by number of home runs in 2014 looked like this:

You’ll notice that each of these batters hit more than 33 home runs. In the 2014 season, that seems to be the cutoff to join the natural elite tier; two 32-home runs hitters (Victor Martinez and Anthony Rizzo) fell into the camp of hitters who are more similar to the Adam Joneses and Josh Donaldsons of the world. You’ll also notice that Chris Davis, an astounding power talent, did not make the cut for the top tier – or the second tier, for that matter – in 2014. In fact he fell to the third tier with scrubs like Miguel Cabrera, Andrew McCutchen,  and Kyle Seager. Disgusting.

And straight-up home runs don’t tell the whole story anyway. The absolute number of home runs rewards players who had a lot of chances – ones who stayed healthy, didn’t get suspended, or aren’t part of a platoon. So who were the most efficient power hitters in 2014 on a plate attempt basis?

That’s a lot more players! And not all of them are good. Dayan Viciedo snuck onto the list by hitting home runs in 3.7% of his plate attempts, for instance. At any rate, these are the hitters you would least want to throw a meatball to, because they can crush it when given the opportunity. Some of the players who just barely missed the HR cutoff show up here: Anthony Rizzo, for instance, who played in 140 games last year.

Two cool notes: 2/3 of the Marlins outfield shows up here, further proving that they have one of the most terrifying outfield groups in the game. Second, three Orioles (one former) show up on the list, making the Orioles one of only two teams with three hyper-efficient power hitters in 2014.

So we know who really crushed the ball in 2014, but it leaves out some great seasons and players who missed the mark in 2014 for whatever reason. Here are the player-seasons that make up the elite tier of home run hitters since 2012:

So we know which hitters fall into the elite power output tiers, but is there a way to section them off with greater specificity? In fact there is: to create clusters of hitters based on power output, I used the k-means clustering method. We know which players are similar to one another in just one metric, but this clustering process allows us to group them on a number of stats. I broke the hitter-seasons from 2012-2014 into seven hitter clusters that converge around a cluster mean of HR and HR/PA. In that way, we’ll know if the power displayed by Nelson Cruz in 2014 is similar to that of the power displayed by Chris Davis in 2013 or some other hitter-season.

Edwin Encarnacion, who is already hammering home runs in 2015, is the only player to be a part of the natural elite tier in all three player-seasons since 2012.

There may be hitter seasons similar to the production of a well-known power hitter that may have gone largely unrecognized; using this clustering method, we’ll be able to identify them. Additionally, as more seasons of baseball are played, we can add hitter-seasons to this particular cluster plot to see if, say, Kris Bryant’s 2016 is as impressive as Chris Davis’ 2013.

Player-seasons since 2012 clustered by home runs and home runs per plate attempt are shown here:

The player-seasons shown in purple are the most impressive power hitting seasons in the last three years. These are the seasons in which players combined an impressive number of home runs with an impressive rate at which they hit them, making them the most dangerous bats of the recent past. The players represented in this group, ones that we would say are of similar power-hitting output, are:

For ease of reading, here are the 2014 seasons that fell into this group:

The Orioles rostered two of the best power hitters in baseball in 2014, at least by this method of grouping hitters.

To determine the best power hitters who will likely make their way to the Major Leagues shortly, I generated the same natural breaks for all 2014 AA hitters. The top natural tier of home run hitters is identical to the top natural tier of hitters by HR/PA – these guys are good at hitting young pitching really hard.

Only one Oriole farmhand shows up on the top tier of natural power hitters: Christian Walker, the first baseman whose biggest knock is that he doesn’t have enough power. Most of these hitters are young players that we would expect to be in the Majors soon enough, but former Oriole Jake Fox also shows up as a 31-year-old. Always a star in the minors and spring training for the Orioles but never a helpful MLB player, I’m not expecting him to get another chance in the Majors. Then again, he is a part of the Phillies’ organization, so you never know.

A similar k-means cluster plot was generated to group the 2014 power output of AA hitters:

Note that the colors and cluster names don’t pair with the MLB clusters. Here, the light blue cluster represents the most impressive power seasons had by AA hitters last year. This includes the monster year had by Kris Bryant, the Chicago Cubs prospect who will likely make a Major League appearance after just a few weeks of the season, and the following select hitters:

The Orioles’ only minor leaguer to fall into the same power cluster as Kris Bryant was Chris Marrero, a nearly 27-year old 1B/LF with a few unsuccessful Major League stints with the Nationals. He might not be a strong candidate to make an impact for the Orioles – not least of which because he’s currently a free agent.

Two Orioles prospects ended up in another cluster of good power hitters: both Christian Walker and Dariel Alvarez show up in the purple cluster with solid home run totals but not hitting homers very often on a per-plate-attempt basis.