The Best All-Time Orioles Seasons At Every Position: Part Two: OF, DH, Catcher 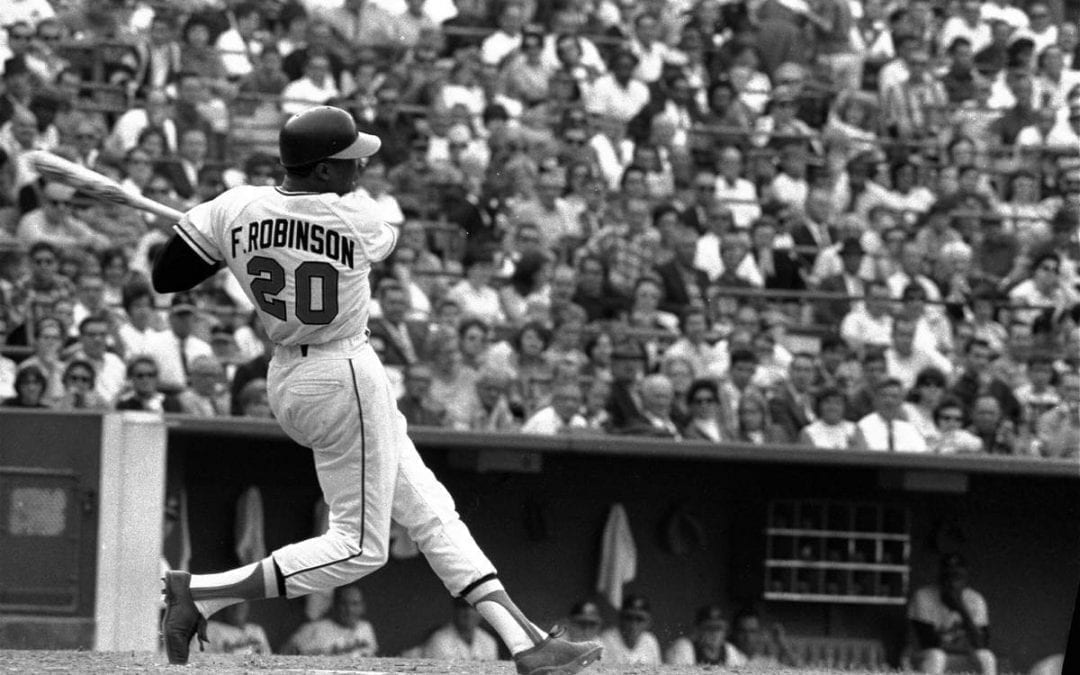 Life is sad, funny, awful, and wonderful these days. Maybe that’s not unusual. It probably isn’t, but it feels more so than it used to. The news hits harder, the small moments of humanity hold more promise and are held dearer, and the sadness bores deeper. This is to say it’s been a month since the last of this series came out and that’s the best I have, dear reader, as far as explanations go. With any luck, we’ll have some baseball this summer and there will be more Orioles happenings to discuss, but for now, here’s part two of this three part series exploring the best individual seasons by position in Orioles history.

By the way, if you missed the first part, I covered the infield. You can read that right here. Now, as my little league coach used to say, you go to right field

On December 9, 1965, the Cincinnati Reds did something galactically stupid. They traded Frank Robinson to Baltimore. Following the deal, Reds’ GM Bill DeWitt said Robinson was, “not a young 30.” The new Orioles right fielder helped immortalize those words by winning the AL MVP in his first season in Orioles orange, incidentally becoming the first player ever to win an MVP in both the National and American leagues. Robinson lead the AL in batting average, on-base percentage, slugging percentage, OPS (duh), OPS+ (duh+), total bases, and runs scored in 1966. Oh yeah, and the Orioles swept the Dodgers to win their first ever World Series. Robinson hit .286/.375/.857 with two homers and a triple in the four game series. DeWitt’s Reds finished 76-84 and led baseball in being dumb. This isn’t the greatest individual season in Orioles history, but it’s on the shortlist. What I’m saying is, Frank ain’t going to be the VP, but he’ll get his name in the paper for not getting it.

One more note because I can’t quite resist it. The Reds traded Robinson following the 1965 season. Robinson had put up an OPS of .943 with the Reds. Recall DeWitt’s dewittless comment about Robinson being old. In his Orioles career, Robinson put up an OPS of… wait for it… .944. [chef’s kiss]

In the previous article I was faced with a tough choice, specifically am I really going to leave Eddie Murray off this list. I swallowed hard and made the call. Yes, I am. But I’m not doing that twice. Nope. This time it’s your turn, dear reader. Choose your own adventure/center fielder, namely so I don’t have to. Your choices are:

This choice is, at essence, a simple one: offense or defense? Blair offered some offense, sure, but he’s on this list because his defense was SO good. According to FanGraphs, Blair’s defense was the best among all outfielders that season, and he provided the fourth most defensive value of any player at any position. Anderson, in contrast was not a great defensive centerfielder. In fact, he was kinda bad. His defensive numbers in 1996 weren’t horrible, though they were below average, but his offense was more than enough to make up for that. He hit 50 darn homers! That’s the eighth most homers ever hit by a center fielder in any season ever in baseball history, behind a few Mickey Mantle seasons, a few Willie Mays seasons, a few Ken Griffey Jr. seasons, and one by Andruw Jones. That’s some company!

So, the great defender and good hitter or the great hitter and mediocre defender. I can’t decide. If I had to pick, I’d probably pick Anderson, just because I saw him play and I know how good of a hitter he was, whereas Blair was before my time and I’m just relying on numbers and reputation for his defensive prowess. But, the great part is, this isn’t up to me! So, you pick! Have fun!

There’s a couple seasons that we could go with here, and they’re all pretty similar. I picked Powell’s ’64, but Brady Anderson’s 1992 season would fit. So would Frank Robinson’s 1967, or Gary Roenicke’s 1982. But we’re going with Powell for three reasons: first, his name is Boog which is, like, way better than Gary. Second, have you been to Boog’s Barbeque? Third, by WAR it’s actually the best. Powell’s a sort-of Brady Anderson lite in that he wasn’t much defensively (though he wasn’t terrible, at least not in 1964), but the dude could mash like his name was Boog, which it was. You can see the numbers above, but to give it some context, just by offense, the best three hitters in baseball in 1964 were Mickey Mantle, Willie Mays, and Boog Powell. That’s good enough for me.

This one is actually pretty cut and dry. The next best season by WAR on the all time Orioles single season catching list is Matt Wieters’ 2011 season, which clocks in at 5.7. That and Hoiles’ ’93 season are the only Orioles catching seasons to ever break the five win barrier. Not that WAR is perfect or ‘the answer’ but in this case, it’s a big enough difference between the two seasons that I’m willing to give the nod to Hoiles. While he wasn’t prime Matt Wieters behind the dish, Hoiles was a surprisingly good defensive catcher, and unlike Wieters, Hoiles could actually rake. He also got on base shockingly well. He probably should have finished much higher than 16th for the AL MVP that season, but 16th is where he finished. Despite MVP voters doing dumb stuff, this is a championship catcher season, and probably the only one ever in O’s history.

I grew up a huge fan of Eric Davis. This was in the days before things like the internet so I probably saw him play live like four times in my life. There are guys who are really fast, and there are other guys who hit for power, and traditionally there is very little overlap between the groups. Eric Davis was the overlap, but he was also a prominent member of both groups. In 1986, Davis stole 80 bases and hit 27 homers. In 1987, Davis hit 27 homers and stole 50 bases. That’s hard to wrap your head around. Even harder is that neither season ended up with an NL MVP award in Davis’ hands. But I digress. Anyway, years and years passed and Davis eventually found his way to the Orioles. In 1998 Davis was 36 and his speed was mostly gone, sapped by numerous leg injuries. But the man could still hit. So well, in fact, that he got MVP votes for his 28 homer, .970 OPS performance. Throughout their history the Orioles have never had one big guy at DH. Even Davis was only in Baltimore for a few seasons. But in one of those seasons the old man made a history of sorts, at least as far as this list is concerned.

Next time we’ll do the pitchers and the manager (cough EARL WEAVER cough). Thanks for reading!