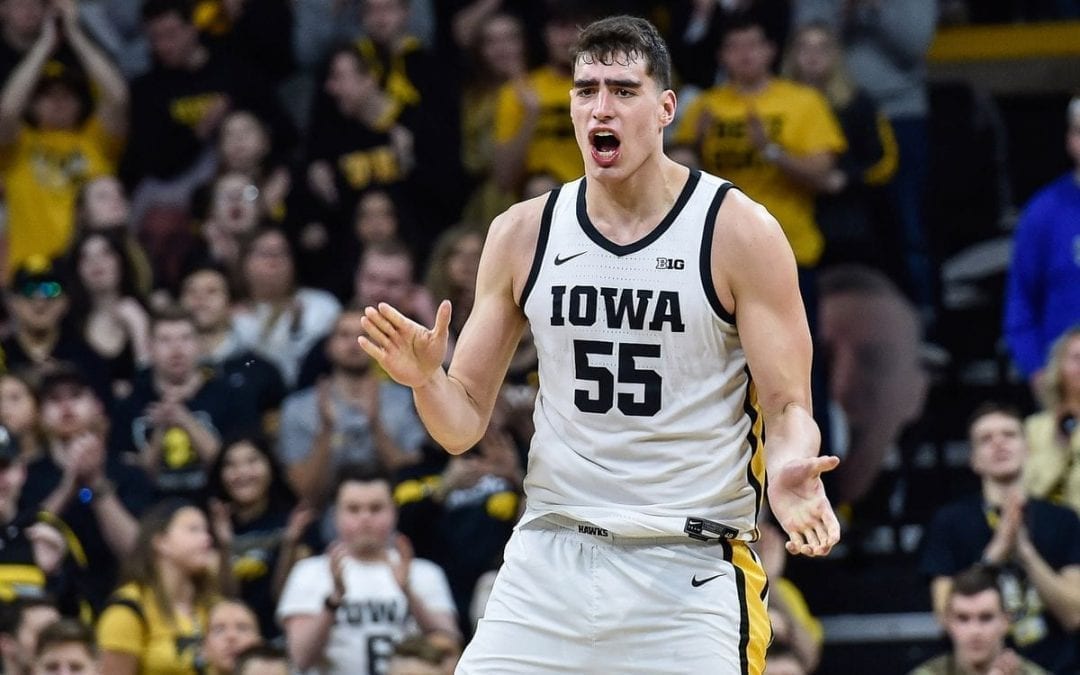 With the NCAA’s early entry deadline having passed, this is a good time to take a quick look at how the major decisions have impacted the college basketball landscape. And if looking at this from a conference point of view, there’s no denying that the Big Ten fared quite well. Luka Garza, a national Player of the Year candidate last season, decided to return to school as did Illinois’ tandem of Ayo Dosunmu and Kofi Cockburn.

The lone negative was the departed of Xavier Tillman from Michigan State, but his decision is certainly understandable. His profile has improved in the eyes of NBA scouts, even with the absence of in-person workouts thanks to COVID-19, and he’s also a married father of two who’s already earned his degree. It just makes sense for Tillman to look to ply his trade as a professional, and it’s possible that he’ll be a first round pick come October.

Iowa and Illinois were big winners in the pre-draft process, and there are other teams at the top of the Big Ten who had no such concerns. Wisconsin returns the top five scorers from a squad that won a share of the Big Ten title last season, and Rutgers won’t lack for talent either. The Scarlet Knights were poised to end an NCAA tournament drought that dates back to 1991 (Rutgers was in the Atlantic 10 at the time), but it wasn’t meant to be. The cancellation of the NCAA tournament only delayed the inevitable for Steve Pikiell’s program, as with Geo Baker leading the way and elite freshman Cliff Omoruyi in the fold Rutgers stands to be one of the best teams in the Big Ten.

Michigan State, Michigan and Ohio State have some key personnel losses to account for, with the Spartans losing both Tillman and point guard Cassius Winston. Michigan also lost its starting point guard, as Zavier Simpson exhausted his eligibility, while Ohio State will need to account for the loss of multiple key contributors including big man Kaleb Wesson. But each of those programs has performed well enough in recent years that they deserve the benefit of the doubt when it comes to their Big Ten prospects, and it isn’t as if the cupboards are bare in East Lansing, Ann Arbor or Columbus either.

Indiana has four starters back from a team that finished the 2019-20 season having won 20 games, and Trayce Jackson-Davis has the look of a player who could be a star next season. Purdue lost Matt Haarms and Nojel Eastern via the transfer route, but those are departures that Matt Painter and company are more than capable of accounting for. Three of the team’s top four scorers from a season ago return, led by junior center Trevion Williams, and a solid freshman class that includes redshirts Brandon Williams and Mason Willis will be called upon for contributions as well.

Where does Maryland fit in all of this? Well the losses of Anthony Cowan Jr. and Jalen Smith, while expected, were huge. The perimeter should be fine, as Eric Ayala, Darryl Morsell and Aaron Wiggins will all be back in the fold and ready to take on increased roles. But even with the late addition of Arnaud Revaz frontcourt depth is a concern, with Chol Marial and Alabama grad transfer Galin Smith being the most experienced players that we know will be allowed to play. Boston College transfer Jairus Hamilton’s waiver status has yet to be determined, and if cleared he would give the Terps a much-needed boost in both depth and production in the frontcourt.

And Maryland isn’t the only Big Ten team waiting for waiver decisions, as Minnesota has two such situations to deal with. Utah transfer Both Gach and Drake transfer Liam Robbins were both double-digit scorers at their last stops, and they’re needed to be immediate contributors to help account for the production lost due to Daniel Oturu’s decision to turn pro. Marcus Carr’s decision to withdraw his name from the draft was huge for Richard Pitino’s team, but he’s going to need help.

Penn State may be in rebuild mode thanks to the departures of Lamar Stevens and Mike Watkins in the frontcourt, while Nebraska looks to make strides in Fred Hoiberg’s second season at the helm. Northwestern has four starters back from last season’s 8-23 squad, which should help Chris Collins as he looks to get the Wildcats back to where they were a couple seasons ago (first-ever NCAA tournament appearance in 2017). Since winning 24 games that season the Wildcats have tallied 15, 13 and 8 wins, so things have not been trending in the right direction in Evanston. Rebuilding in the Big Ten is tough in any season, much less one that stands to be as power-packed as the 2019-20 campaign.

So how would I rank the 14 teams in the Big Ten? That’s a tough question, and even with the team’s usual defensive questions during the Fran McCaffrey era I’d take Iowa in the top spot. Garza, Joe Wieskamp and C.J. Fredrick all return, and Jordan Bohanon will be available after taking a medical redshirt last season. Wisconsin should be right there with the Hawkeyes due to the amount of experience/production back in Madison, with Illinois having the look of a team that could reach the Final Four for the first time since 2005.

And there really isn’t a clear top three or four in the Big Ten; one could probably make a case for six or seven teams with regard to their chances of winning the league. Hopefully there’s a way for the season to be played, but the safety of the players and coaches should take priority over the need for revenue, a desire for entertainment or anything else. Below are the rankings. Enjoy, and stay safe out there.