Breakdown of Ravens Coaches, Past and Present 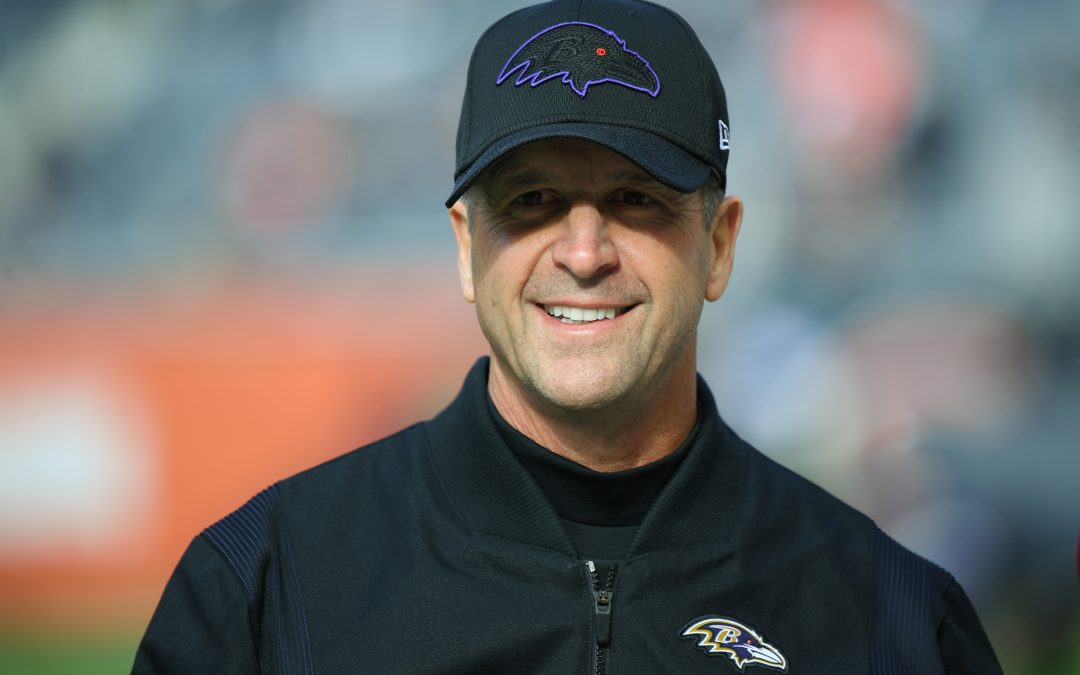 As we enter the 27th season of Ravens football, we no longer have to view the franchise as an upstart. At this point, there have been plenty of All-Pros, Pro Bowlers, Players of the Year, and two Super Bowl Championships to be proud of. Baltimore fans have been treated to massive success in short order, and there’s no sign of satisfaction from the front office. Like their fans, they want more.

To that end, they must employ the best leaders. For the duration of their time in Baltimore, the Ravens have always had excellent coaches. Not every coach has been a success, but overall, each staff has had the expertise and wherewithal to move the franchise forward. That’s no surprise, considering the team started in 1996 under the tutelage of Ted Marchibroda, who was assisted by Marvin Lewis, Jim Schwartz, Eric Mangini, Kirk Ferentz, and Pat Hill—all of whom were eventually head coaches at either the collegiate or professional level.

Marchibroda was 65 when he became the first head coach of the Ravens. After three years, Brian Billick took over and was in charge for nine years. Then it was John Harbaugh’s turn, who’s entering season 15 as Baltimore’s head man. Three head coaches and two world championships in 27 years is pretty good for an expansion team.

It’s clear that continuity has been a core element to Baltimore’s philosophy and success. While head coaches can be changed often around the league, coordinators are changed even more so. When a new head coach is hired, it’s almost a certainly the previous staff is out of a job. From year to year, the game changes, as does the pool of talent from which teams select. Combine those variables with the constant of coaching philosophies, and you usually get one or the other: success or change.

Since 1996, the Ravens have been known for defense. Only since Lamar Jackson was drafted were they thought of as having offensive firepower. Jamal Lewis and Jonathan Ogden were exceptional players, but in terms of a total unit, Baltimore’s offense has just recently overtaken the defense. Even still, Baltimore’s defense remains very physical.

The Ravens have taken different approaches to staffing that have yielded comparable results. As noted, the team has had three head coaches. Two of which (Marchibroda, Harbaugh) were at one point named Coach of the Year. Billick didn’t win that award, despite winning Super Bowl XLV in his second season in charge of the Ravens (2000). That year, he finished 6th in the voting, steamrolling through the three of the coaches who finished ahead of him (Fisher, Gruden, Fassel) in the playoffs.

As far as coordinators go, there have been plenty of studs and some who, shall we say, weren’t successful. Since 1996, Baltimore has hired 10 different offensive coordinators and eight different:

So, if you’re an aspiring defensive coach, seek out the Ravens coaching staff. If you’re a veteran offensive coach, Baltimore is a good place for you as well. I’m not sure if Baltimore’s head coaches targeted offensive and defensive colleagues like that intentionally, or things just unfolded that way. What I do know is that, on the whole, the Ravens have seen a lot of brilliant coaches in their history.

Looking forward to 2022, Harbaugh remains in charge with, you guessed it, a veteran offensive coordinator, and an up-and-coming defensive coordinator. Greg Roman enters his 4th season in charge of Baltimore’s offense. During his tenure, his offenses have averaged 462 points scored per season, a feat the franchise failed to achieve before he got to town. He looks to have all his stars back in the fold (Lamar Jackson, Ronnie Stanley, J.K. Dobbins, Gus Edwards, etc.), with the exception of Hollywood Brown. The team is motivated and won’t face any real treacherous defenses, so there should be plenty of opportunity to get back on the plus side of the point differential (-5 in 2021, average of +172 in the three years prior).

To help the team improve their point differential (and win-loss record), there must be a solid defense to compliment the offense. Enter: Mike Macdonald, who’s no stranger to the Ravens.

From 2015-20, Macdonald served on Harbaugh’s staff as a defensive assistant, intern, defensive backs coach, and linebackers coach. Last year, he marshalled the 8th-ranked Michigan defense, which allowed only 17.36 points per game. Now he’s back in Baltimore, but this time, with robust experience. If things go well—and I think they will—don’t expect Macdonald to be without a head coach offer for long.

We know what Greg Roman will call. A lot of diverse running plays, infused with motion and plenty of play action passes off of that. As far as Macdonald’s play calling, I sense it’ll be slightly less aggressive than Martindale’s, but equally as effective. Having Kyle Hamilton and David Ojabo will seem like added bonuses to an already stacked defensive squad.

After researching and studying the history of Ravens coaches—and only focusing on coordinators—I overwhelmingly believe the future of the Ravens is on the right track and in the right hands. I have no doubt.