Breaking Down The 2nd Half Schedule 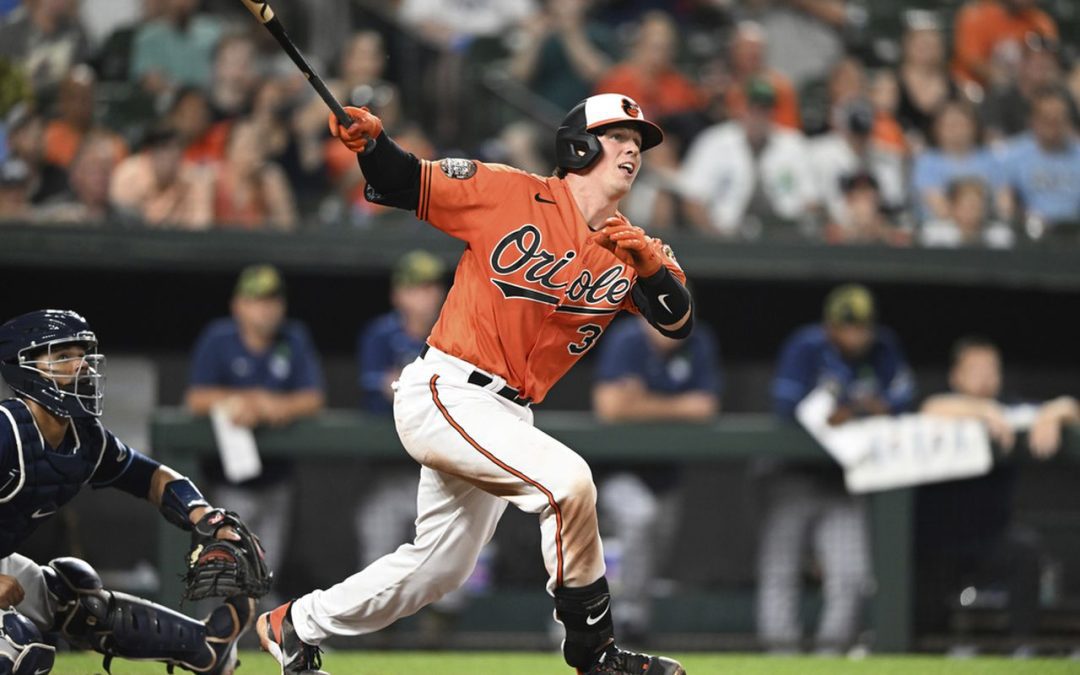 So, what awaits the Orioles in the second half as they look for their first winning record and playoff appearance since 2016? Let’s take a closer look at their second half schedule.

The first thing that jumps out is they are going to be playing the Toronto Blue Jays 15 times, four more times than any other team. The Blue Jays are the only team in the AL East who hasn’t visited Camden Yards yet and the teams have only met in Toronto so far, splitting a four-game set.

A slate of 15 games against the Jays seems like an especially welcome sign for Ryan Mountcastle. He ended his first series against the Jays with a 1.500 OPS and owns a career OPS of 1.096 against the divisional rival. In fact, since being called up in 2020, no one with 100 or more plate appearances against Toronto has a better OPS than him.

The Jays coming to Baltimore for three series will also be yet another test for the new left field wall. Last year Toronto’s right-handed hitters hit 20 homers in nine games against the Orioles while providing a 1.044 OPS.

Nine games of sluggers like Guerrero Jr. trying and failing to clear the wall could give us more evidence that the wall has been a resounding success for Baltimore’s pitching or it could prove that the wall’s biggest accomplishment might just be reducing Trey Mancini’s homers.

In addition to 15 games with Toronto, the Orioles will also play the majority of their games against the Boston Red Sox in the second half, facing them 11 times.

It’s currently difficult to figure out what to make of the Red Sox after an impressive June and a dreadful July. They were 20-6 last month but have now started this month 5-12 while struggling against the New York Yankees and Tampa Bay Rays.

The Orioles currently lead the season series 5-3 and have already pulled off a pair of unique wins thanks to a walk-off throwing error in Baltimore and a six-run comeback at Fenway Park. The Red Sox are currently fourth in the AL East and certainly have felt like the weakest of the four other AL East teams based on how they’ve done against the Orioles this year.

The good news for the Orioles is they will spend less time facing the top two teams in the division. They’re 4-9 against the first-place Yankees and dropped to 5-7 against the second-place Rays after ending the first half with a series loss at Tropicana Field.

Their 4-9 record against the Yankees isn’t exactly ideal but it’s easy to shrug off when considering the Yankees are 64-30 this year and are currently only losing their season series against the Houston Astros and, quite surprisingly, the Cincinnati Reds.

Baltimore will begin its second half with three games against the Yankees and then wrap up the season series in New York with a three-game set from September 30 to October 2. Seeing the Yankees fewer times than the other teams in the AL East could end up as a blessing if the Orioles keep hanging in the playoff race for the rest of the year.

Meanwhile, it seems like their remaining games with the Rays might as well be determined by who plays at home. The Orioles are 1-5 at Tropicana Field but are 4-2 when the Rays visit Baltimore. They’ll end the season with three games in Florida and four games at home.

For an easy visual breakdown of the remaining AL East slate, please consult this pie chart.

When looking outside the AL East, the biggest story is the only AL team they never faced in the first half: the Houston Astros.

Unsurprisingly, Houston is once again one of the best teams in the AL with a 61-32 record while leading the AL West by ten games and the Orioles have all of their games against them in the second half.

The Orioles will play three games in Houston in August and then welcome the Astros to Baltimore for a four-game set in September. Last year, the Orioles pulled off one more surprising sweeps in team history in Houston after being swept by the Astros in Baltimore. Another sweep in Houston this year would be less surprising but still an impressive performance against an AL powerhouse.

A schedule with a higher rate of games against the AL East plus two series with the Astros doesn’t seem ideal, but they do get a breather during their remaining interleague games. They have nine games outside the AL and none of those games are against teams that are even close to .500.

All four of the NL teams will be selling at the deadline, meaning those losing teams could be even weaker when the Orioles play them. For example, their short trip to DC should see them face a Washington Nationals team without Juan Soto and Josh Bell.