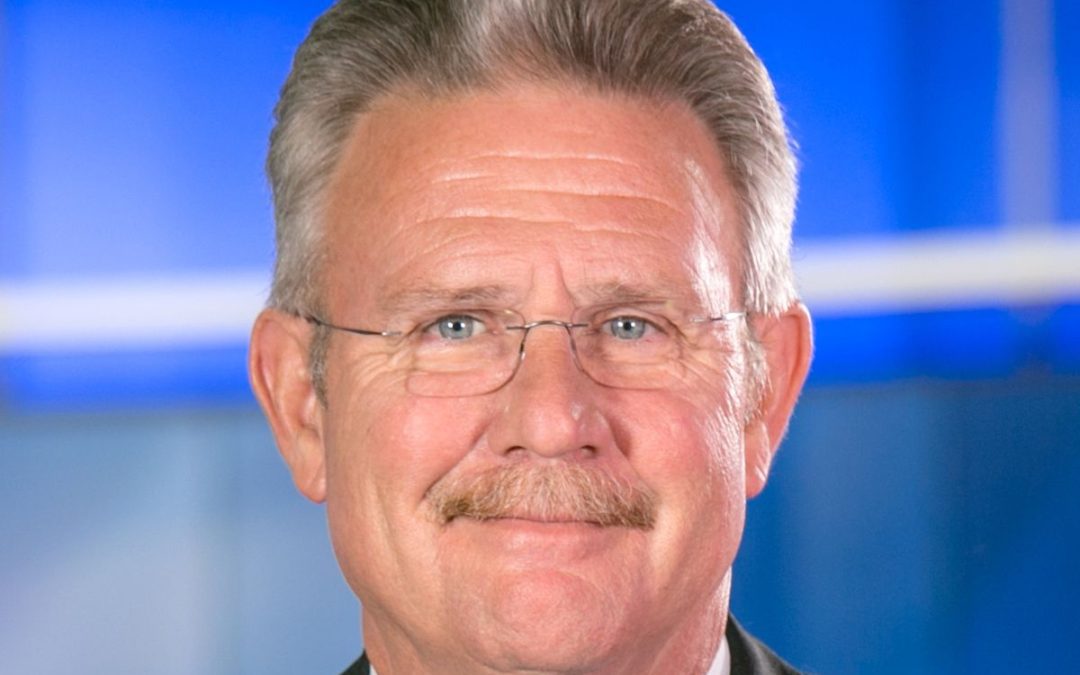 If you know anything about Bruce Cunningham, you should know that he’s a connoisseur of music from the 1960s, 70s, and 80s, through and through.

So, a couple of weeks ago, he was chatting with a young reporter at WBFF-45 named Maxine Streicher and he happened to mention the song “Maxine,” from Donald Fagen’s seminal 1982 album, “The Nightfly.”

Not only had Streicher not heard of the song, she hadn’t heard of Fagen. By then, Cunningham had already decided to retire from the daily grind of television sportscasting, but that moment, and a few more like it, confirmed the wisdom of his decision.

“That’s the natural process of life, though,” said Cunningham. “You know, that people, people, you know, move on. And then people take their place, and they do things differently, or maybe see things differently. it’s time and I feel really good about it.”

Athletes famously say that the sportswriters and sportscasters who cover them can’t understand them because they never played their games.

That may be true, but there is one thing that the media and the men and women they cover share: Rarely do they get to decide how it ends.

For every Ray Lewis or David Robinson or John Madden who get to ride off into the sunset, there are thousands of players and commentators who are unceremoniously shown the door before they’re ready to.

After 45 years in sportscasting – the last 31 of them at Channel 45 here – Cunningham was determined to call his own shot, to leave on his own terms, after remembering a conversation he had had with a mentor who had been fired from a station as he approached 70 years old.

Cunningham is a short time away from turning 63 and has the energy to keeping doing the job as sports director at Channel 45 – the only one the station has had since launching a newscast 31 years ago.

But sometimes you know when it’s time, and it’s better, Cunningham believes, to go before someone has to tell you.

“Just the idea of somebody sitting across a desk and saying to me, ‘Your career is over,’” said Cunningham. “That seems unfair to me. It’s my career, I get to say when it’s over,”

As the end of his current contract approached, Cunningham told station management that it was time.

So, when he signs off Thursday night, a glorious run of 45 years will come to an end with no regrets and a lot of memories.

“It’s been 100% what I wished for, in fact, if I could, I’d go over 100%,” said Cunningham, “I mean, it’s taking me places I never thought I’d go and I’ve done things I never thought I’d be able to do. I mean, I am so incredibly lucky, you know, fortunate to have all this presented to me.”

Cunningham’s absence will be felt, even by his competitors.

“He’s very relatable, like having a conversation with a friend. I know it’s genuine because of many press box conversations we had over the years,” said Mark Viviano, sports director at WJZ (Channel 13) in an online interview. “His longevity in the business and his standing as a trusted sports voice in Baltimore speak volumes of his professional accomplishments. His manner of doing the job speaks to the good person Bruce is.”

You can see a lot in 45 years as a sportscaster.

From those early days in April 1977 at a station in Richmond, Va., that doesn’t even have the same call letters anymore, to 31 years in Baltimore means a lot of home runs and touchdowns, to be sure,

But you also see a lot of growth and transitions, both in the people you cover and the people you work with, like Mike Hill, who interned at Channel 45 before heading off to ESPN and Fox Sports. Or Kevin Frazier, who learned his craft with Cunningham before setting on a trail that would get him to hobnobbing with Hollywood stars as anchor of “Entertainment Tonight.”

And there are the women that Cunningham has nurtured. From Amber Theoharis to Amy Fadool to Kristen Berset to Morgan Adsit, Cunningham has done more for female sportscasters than anyone in this town.

“It (hiring women) means that he’s present. You know, he’s not stuck in the 1950s. In the 1980s. And early 2000s,” said Adsit, who has been at the station for 11 years. “I mean, I think that just says a lot for his character that and not only females and some of those goodbye messages. In (a tribute) video you saw there was Kevin Frazier, and there’s Mike Hill, Nobody was putting them on air. And he helped them. He guided them. And that took a lot.”

And, if you’re lucky, like Cunningham has been, you can see some of that growth in yourself.

“It’s been one of the best parts about my stay at Fox 45. I’ve grown as a person, because I’ve worked so closely with females. And that wasn’t always the case in the sports world,” said Cunningham. “It helped me. It helped round me out at a stage of life that already thought I was already rounded out.”

Indeed, since that June night in 1991, when Cunningham came on the air here wearing a tuxedo and a spectacular tuft of hair, life has been pretty good here.

There was the closing of Memorial Stadium and the introduction of Camden Yards. There was welcoming the Ravens to town and the stint of serving as public address announcer at the new stadium. There were two Super Bowl runs, the second of which Cunningham covered with a broken arm, suffered the night before the big game.

And don’t forget the Stallions, the Canadian Football League team that landed here in 1994 and won a Grey Cup. Cunningham was the radio play-by-play voice on those broadcasts, alongside former Colts running back Joe Washington, and the two forged a lifelong friendship.

And Cunningham found what he calls the highlight of his career.

It wasn’t just the Stallions who burrowed their way into Cunningham’s heart. The city itself did, and not just because the son of an Army sergeant was looking for a home. The charm of Charm City is just that powerful.

“If you’re not from here, Baltimore kind of puts its arms around you, and it squeezes your real tight, you know, and as the days turn into weeks, and weeks into months and the months into years, that really fosters a sense of home,” said Cunningham.

He continued: “So many times, you got people that spend their entire lives wishing they were somewhere else. And I got here and looked around. And after a little bit of time, I said ‘This is it. You know, even if I get out of the business, I’m staying here.’ It just appeals to me that way.”

In the end, ironically, it was that love of Baltimore and a yearning to enjoy it with his dogs, his grown kids and his wife, Wendy, who was born here at Lutheran Hospital that convinced that it was time to call it a career.

“I’ve been on somebody’s newscast since April of 1977. And that’s 45 years of getting home at midnight and 45 years, working weekends and holidays, and 45 years of missing family stuff, and all of that,” said Cunningham. “And …when you’re younger, you just accept those sacrifices, you know, that’s part of it. But as the years go by, and you get older, you start to realize that maybe you’ve sacrificed enough.”

“I want to try, you know, being home in the evenings, you know, I want to try, you know, having a weekend and leave town or so, oh, here’s the big one, going out to dinner in the middle of the week with my wife, if I want to, you know, the kind of stuff that’s important to me now, and it’s grown in importance over the years. And just to bring it full circle, it’s because I’m kind of weary of that sacrifice you have to make, and I just want to spend some time now not doing that. Does that make sense?”

Of course it does. Cunningham’s not completely going away. He’ll keep his Saturday afternoon talk show on The Fan (107.5 FM). And if you listen carefully, you’ll probably catch a little Donald Fagen and some Steely Dan in between Orioles and Ravens takes, because, if nothing else, Bruce Cunningham surely remembers the Queen of Soul.