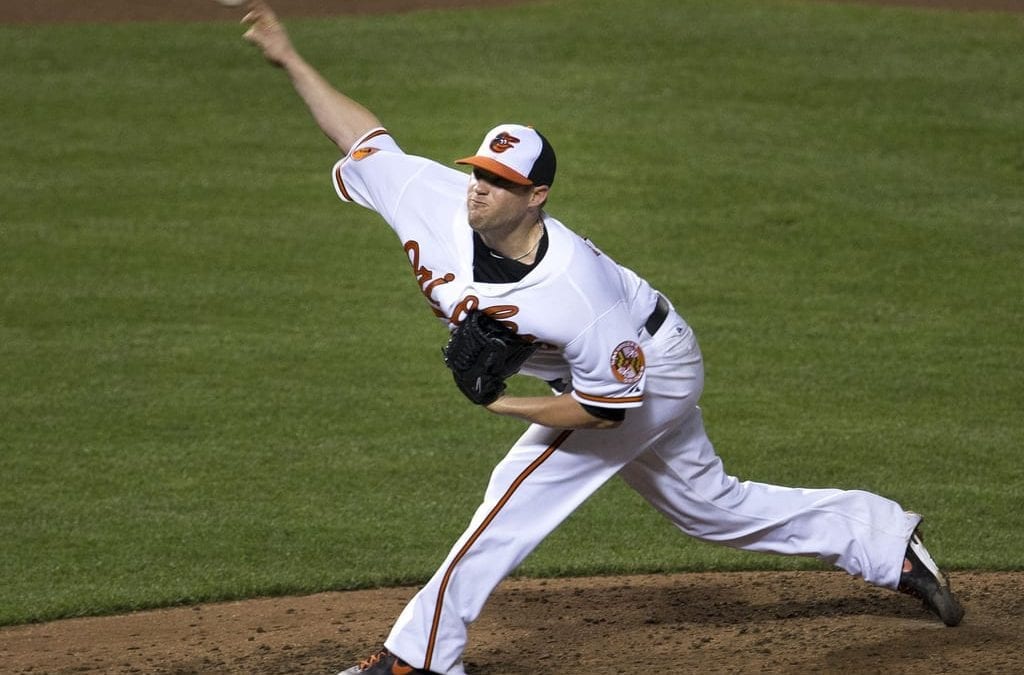 Bud Norris has had a rough go of it so far in 2015. His ERA currently sits at 12.18 after a five-run improvement earned in his most recent outing. His struggles have pushed a lot of Orioles fans to call more often and more loudly for the rotation’s heir apparent, Kevin Gausman, who currently languishes in the bullpen.

Discuss your thoughts on Bud Norris on the BSL Forums.

We know that the Bud Norris that the Orioles have sent to the mound thus far in 2015 has not been good, and it’s easy to run through his early stats for proof, and you might not even need to look further than Norris’ average outing of 4.1 innings to know that. The question that I wanted to answer was one of comps; it’s easier for me, and maybe many others, to understand the context for a good or bad outing or season when compared to other players. “The Orioles might as well have sent ________ to the mound tonight,” I usually say, with my own name filled in, “I cost less and would probably luck my way into a couple of outs.”

Instead of going strictly based on fWAR or FIP, I chose to compare Bud Norris’ outcomes and peripherals to other pitchers in recent history to get a sense of who was on the mound. I want to know how these pitchers are similar to Bud Norris, not just that they’re similar, and I wanted to do it on a per-game basis. I didn’t go so far as to track runs allowed,1 but I did use the following:

Statistic
K/9 – Measures stuff and ability to keep ball out of play
BB/9 – Measures command
H/9 – An indicator of luck also of movement and placement
HR/9 – A little more luck and ballpark factors, but also an indicator of grooved pitches
SwStr% – Measures ability to make batters miss or create foul contact
FBv – Important to strikeouts and keeping batters honest
GB% – Measures easily fielded balls
LD% – Measures likely hits; pitchers giving up line drives are headed for a short not
FIP- – Park and era adjusted; double counts some of the above but adds context

I would have liked to have had data past 2003 for starting pitchers, but some metrics like swinging strike percentage and line drive percentage weren’t recorded prior. Instead of comps to, like, WWII-era pitchers with cool nicknames, all of these comps are pitchers you’ve probably heard of.

Since I wanted to classify Bud Norris, I needed to be able to effectively label other pitchers. How else would I know what bucket to put Norris in? My first step was to cluster all of the pitcher-seasons between 2003 and 2014 to group pitchers into seven classes. The result is summarized here:

Sorry about the weird order for the legend.

The pitchers on the left side of the chart are varying degrees of good; those on the right side are varying degrees of bad and, in some cases, worth about as many wins as a replacement-level player. Clayton Kershaw shows up in the purple “Elite” stack every year in his career except for 2010, when he showed up in the “Very Good” pile. What a slacker.

The only qualifying Orioles starter to show up in the “Elite” section is Erik Bedard in 2007. Otherwise, nearly every O’s starter has been “Average” or “Above Average,” with some exceptions at the extremely bad end of the spectrum.

With these categories assigned to every qualified starting pitcher-season since 2003 (1,020 of them, if you’re wondering), I was able to create a classification algorithm that would take data from Bud Norris’ outings and slot him into a category. Since I used the K-Nearest Neighbors classification method, I was also able to tell which pitcher-seasons Norris’ 2015 outings fell closest to, and therefore who he was most like on the mound.

The relevant stats for Bud Norris’ 2015 outings are shown here, with one caveat: FIP- isn’t reported on a game-by-game basis, so instead of calculating it for every outing (difficult to impossible, since FanGraphs doesn’t share their FIP- formula), I just used Norris’ 2015 FIP- to date in each observation.

When we put these three observations into our classification algorithm, we find that each of Bud Norris’ outings most closely resembles a pitcher in the “Replaceable” bucket.2 That’s bad for the Orioles, but given his current -0.1 fWAR, it means that our work so far checks out.

K-Nearest Neighbors classifies data pretty literally: I set the algorithm to check 20 neighbors and call Norris the most common observation in those 20 neighbors. It’s based on the proximity of a data point to other data points. It’s possible that one of his outings – let’s be honest, his most recent outing – is similar to some not-so-bad pitcher, but every start has been bad enough to be replaceable.

But the most important part is the comparison, right? We could already tell that Bud Norris has had a bad season by looking at much more general stats. Who are the 10 pitchers that Norris is most similar to? As it turns out, every one of Norris’ starts so far this season has been very similar to the same names, just in different orders, so I only need to post this table once:

These pitchers are listed in the order in which they are most similar to Norris, and every one of Norris’ starts has been most similar to 2014 Chris Young first and 2003 Wayne Franklin second.

Chris Young with the Mariners in 2014

Last season, Chris Young pitched 30 games for the Seattle Mariners and earned himself a 0.1 fWAR. Sounds like Bud! Young was being paid $1.25 million by the Mariners and became a free agent in the offseason, and he signed with the Royals for $675,000. His 2014 performance wasn’t enough to earn the big bucks. Norris, on the other hand, is earning $8.8 million this season and will be a free agent after 2015. That’s about the only way in which he’s not similar to Chris Young.

Wayne Franklin pitched 36 games for the Milwaukee Brewers in 2003 and earned a -0.2 fWAR. Cot’s Contracts data doesn’t reach back to 2003, so I can’t say with any certainty what Wayne Franklin made that season, but I bet it was less than $9 million.

The most concerning thing to me is that each of Bud Norris’ comps earned a full season’s worth of starts, some, like Chris Young, for very competitive teams. I predicted – or hoped – on the BSL Forums that Bud Norris would get at most 5 starts before quality took over and Gausman was given the starting role. Based on the history of similar players, that doesn’t seem to be likely, but our Norris comps may have been pitching for teams without a young stud waiting for his opportunity.

2. My hope was to find that Bud Norris’ most recent start was good enough to pair with pitchers from anywhere but the bottom of the barrel, since that’s more interesting to talk about.