Can They Really Do It? 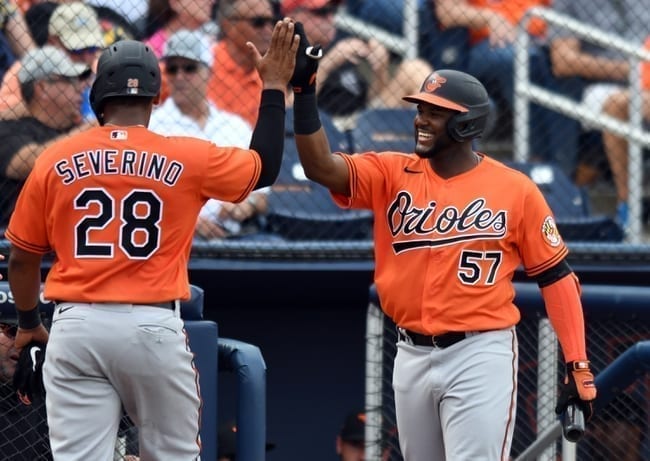 Before the season started, I joked about what it would take for the Orioles to be competitive. It wouldn’t take too much, I thought, just everything on the 2019 club has to be much much better. The 2019 Orioles were, in case you missed it, bad. FanGraphs has them 28th in batting WAR (which includes defense so that should tell you how good they were at that) and 30th, or last, in pitching WAR. So all the Orioles had to do over the off-season was fix their hitting, fielding, and pitching.

Well, guess what? Through 14 games, they have.

The 2020 Orioles aren’t too dissimilar to the 2019 club. A few guys are different of course, but a lot of the names are the same. And yet, what hasn’t been even remotely similar so far has been the results on the field. These O’s have been one of the better offenses in baseball. They’re currently eighth, tied with the Yankees (!!!) In batting WAR and, the far bigger surprise, – it is suggested you put down any beverage and turn off all heavy machinery before reading further –  is that this Orioles team is 13th in pitcher WAR! This has all led to a 7-7 record, a +6 run differential, and a two game deficit in the division.

As I noted on The Warehouse podcast with Bob Harkins and Chris Stoner (that you should totally be listening to, if you’re not already) this is a small sample of games we’re talking about so that should absolutely be front and center at all times. Going 7-7 doesn’t mean they’re going to finish 30-30. They could lose the next 15 straight. (Come on, you know they could.) Even so, though, what 7-7 does is it opens some doors to a few conversations that heretofore were unthinkable.

The first of those is, can the Orioles make the playoffs? I could pull a bunch of crazy math on you, but there’s no real point because we know the answer already: of course they could. It’s still not the most likely outcome, but it’s far more likely than it was a few weeks ago. The season is already about a quarter of the way complete and the Orioles playoff odds at FanGraphs have gone from zero percent (as in, less than 0.1) to 6.8 percent. They even have a chance at winning the division: two percent! This is a team that was supposed to be the worst team in baseball and they’re playing like a team in the playoff chase. In fact, with the new post-season setup this year, the Orioles are actually in a playoff spot right now! Scouts say once you’ve seen a player do something, exhibit some skill, you know they have that in them somewhere. The same could be true for baseball teams. The O’s are a .500 team. They have that skill. We’ve seen it. It’s there. The question is, can they continue to play this way going forward?

Looking at Baltimore’s offense, there isn’t anything huge that stands out as a harbinger of things reverting to a lower level. The team’s BABIP is reasonable, above league average at the moment, but not wildly. They’re not hitting an unsustainable amount of fly balls for home runs. The only thing I could find was that they are getting a good amount of infield hits, more than last season and more than league average, which is at least in part a source of their higher batting average. Speedy Austin Hays has four of those hits and wasn’t present on the 2019 club, so that’s probably not an illegitimate difference. Beyond that, the offensive gains, at least on a team level, seem grounded.

Pitching-wise, there are a few players who you might guess have pitched over their heads early on this season. With starters it’s difficult to correctly gauge things because the sample is always so small, and now especially so because in most cases there are only two or three starts to analyze. A couple pitchers, Asher Wojciechowski and Alex Cobb, have low ERAs but high FIPs which can indicate good and unsustainable luck, but even so both have pitched well enough that even if their higher FIPs were used instead of their lower ERAs, they’d still be effective pitchers, if not quite as much. Cobb in particular looks like the guy he was early on in his career with Tampa. If he’s that guy, a 2-to-3 win starter instead of an injured and ineffective mess, that’s a huge step forward for Baltimore and the addition of a legitimate starting pitcher that I didn’t think they had in the organization when the season began.

The same can perhaps be said of Tommy Milone who has performed exceptionally well overall through three starts. Even so, it’s three starts, which looks like a ton now because that’s all we have, but in a month will be just a bit of the puzzle. Still, it’s a good start for those two in particular and for Baltimore’s rotation and pitching staff in general.

It’s not all wine, roses, and smiling babies though. Austin Hays hasn’t continued his success at the plate from last season, Chris Davis has continued his whatever-you-want-to-call-it and, wow, that’s a conversation for another article, and there are a few other guys who you’d like to get more out of, but in the end it’s early. The final and probably obvious thing is, this team was bad, really really bad, last season, and a lot of the players on this year’s squad are the same. So there is the chance that everything goes to hell, everyone stops hitting, the pitchers stop pitching well and/or get hurt, and well, a sort of a 2019 awfulness cascades through the clubhouse. It’s probably as likely as making the playoffs.

But as things stand now, Birdland is a pretty happy place. The Orioles have a potent middle-of-the-order with Alberto, Nunez, and any number of other guys. They have some competent starting pitching. They have a bullpen, praise whomever you praise, they have a bullpen! [falls to the ground] You might not love their front office, but it’s a reasonable facsimile of a competent major league front office, at minimum. And the team on the field? They don’t have a losing record, but they do have a playoff spot and from where I sit, a puncher’s chance to hold on to it over the next few months. Maybe the 2020 Orioles will be worth watching after all.