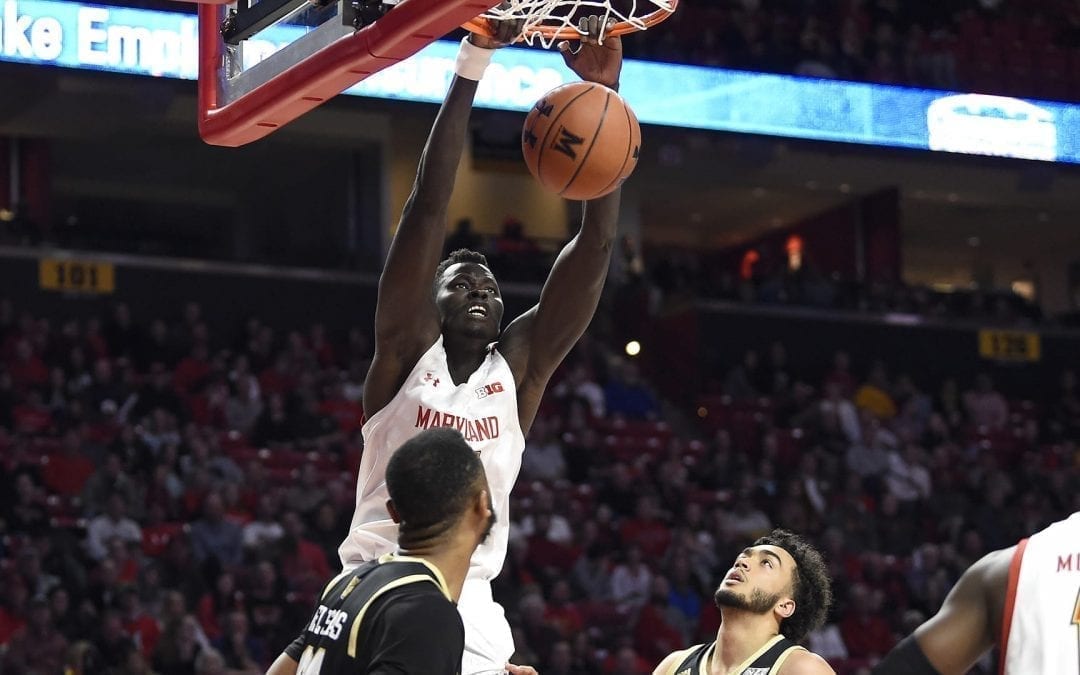 While there remains a great deal of uncertainty when it comes to the 2020-21 season in collegiate athletics thanks to COVID-19, programs are still planning as if they will be playing sports this fall. Many schools have already begun the process of bringing athletes back for “voluntary” on-campus workouts, but anyone who follows sports understands that the definition of the word when it comes to sports doesn’t exactly line up with what’s in the dictionary.

Revenue sports (football, men’s and women’s basketball) athletes have been the first to return, and they’re the most important people in the machine that is college sports. If those games can’t be played revenue can’t be made, and in some instances that could mean the collapse of the entire model. Health concerns remain, as evidenced by athletes at many schools testing positive for the novel coronavirus. In Maryland’s case no athletes have tested positive according to the school, which is (more importantly) good news on the health front. And it also means that coaches and players can proceed with their preparation for the upcoming season.

Mark Turgeon has two major holes to fill in his rotation, as Anthony Cowan Jr. has graduated and Jalen Smith is expected to be a first round pick in October’s NBA Draft (that is just as weird to type as it is to read). Losing your starting point guard is certainly a big deal, but in Maryland’s case an experienced primary ballhandler in Eric Ayala is available as is rising senior Darryl Morsell and freshmen Aquan Smart and Marcus Dockery will also have the opportunity to earn minutes. The concern for the Terps in 2020-21 is the team’s lack of depth in the post, as in addition to Smith the team also lost Ricky Lindo Jr. and Joshua Tomaic to the transfer portal. Alabama grad transfer Galin Smith gives the team another body, and Boston College transfer Jairus Hamilton will figure prominently in the rotation as well should he be granted an immediate eligibility waiver.

But the biggest question mark in the paint is sophomore center Chol Marial, whose development stands to be the most important storyline for the Terps this season.

Due primarily to the leg issues that limited him during much of his high school career Marial didn’t gain much in the way of on-court experience as a freshman, appearing in 12 games and playing an average of just 5.4 minutes per contest. But he was able to spend that season learning from Smith, and now it’s time to see just how well the rising sophomore will apply those lessons. We’ve seen the recent highlight clip put out by Ballislife, in which Marial looked more mobile and was even able to show off shooting ability from beyond the three-point line. But there’s only so much that can be taken out of a highlight reel when it comes to figuring out how much progress will be seen when the lights are really on.

Smith averaged 15.5 points, 10.5 rebounds and 2.4 blocks per game last season, with a usage percentage (22.8%) that ranked second on the team behind Cowan. Third was Aaron Wiggins, the lone returnee that finished the 2019-20 season with a usage of at least 20 percent (not counting Hakim Hart, who appeared in 18 games and played just 6.2 minutes per as a freshman). The aforementioned Ayala and Morsell, who were both in the 19 percent range, should see their rates increase while Wiggins could threaten the mid-20s. Marial finished his freshman season with a usage of 13.2%, and outside of injury it’s difficult to envision a scenario in which he doesn’t at the very least approach 20% in 2020-21.

Given the expected increase in responsibility, this would have been a good summer to have the big man on campus going through workouts and playing pickup with his teammates and current pro Terps willing to return to campus to stay sharp. But as we all know life threw everyone, much less college basketball players, the proverbial curveball. Maryland’s roster doesn’t lack for talent at the top end, even with the need to account for the losses of Cowan and Smith. But the lack of depth has removed any margin for error when it comes to foul trouble and injuries. And it places even more pressure upon the shoulders of a young center who due to injuries hasn’t played a lot of basketball the last couple years. Whether or not Chol Marial is ready for the challenge that awaits him this season will determine just how good Maryland can be. Hopefully that highlight tape proves to be a harbinger of what’s to come.