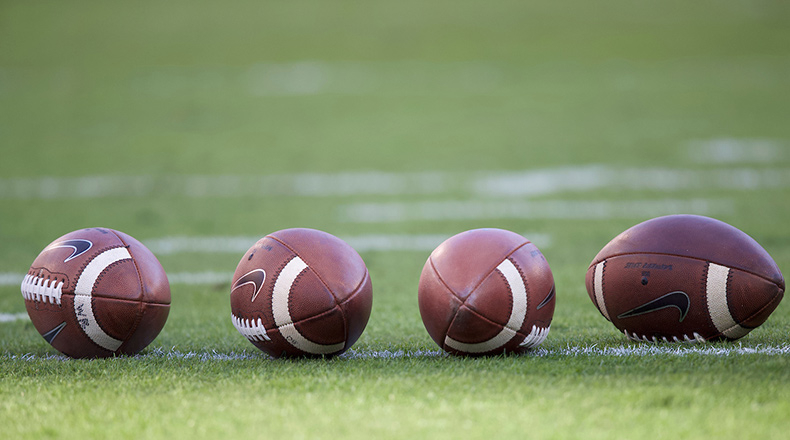 Greetings, college football fans. It’s been a while since I’ve written. Sorry for the silence, but COVID-world is often unpredictable and sometimes demanding. Just like art, college football often imitates life. As the virus explodes across the nation, and through many programs, more and more of the season has had to be pared.

Back in September, I was somewhat critical of the conferences and schools that chose to plow ahead and play games against any team they could get on their schedule; and a much bigger proponent of those who took a methodical approach and spent the first month or two listening to the doctors and scientists while determining how they could safely and effectively play a football season before taking the field.

Well, I think I might feel exactly the opposite now. If there was going to be a season, September and October looked like the time to strike. Now, in November? Nearly one-third of last week’s scheduled games were cancelled or postponed, and as of this writing the list stands at 15 games, and likely growing, nixed for this week. Hindsight is always 20/20, but if I were a college football czar and had a time-machine, we’d have played during the 10 weeks from Labor Day weekend thru Halloween. Or waited until spring, thanks to the promising vaccine news of the past couple weeks.

Oh well. This is the bed we’ve made. So let’s try to make some sense of it, in the context of how we legitimately select the four most deserving teams to play (hopefully) for the right to be crowned the 2020 College Football Champion.

So what should the criteria be? It doesn’t feel like there will be enough data to go with the sort of analytical approach the CFP has typically used. What else is there? I’m sure the eyeball test will feature prominently. Should the schools that tried their hardest to play as many games as they could get the nod over those who were more cautious? (interesting note: BYU was 8-0 before the Pac-12 Conference played one single game) Head-to-head matchups, when applicable, should matter…Notre Dame’s OT win over Clemson should mean something, even through the Tigers were without Trevor Lawrence and the two teams are almost certainly headed for a rematch in a month. Then again, the transitive property gets pretty slippery. Say Florida beats Alabama in the SEC Championship game. The Gators probably get in, right? What about Texas A&M, who beat Florida, if they finish with just one loss? But the Aggies one loss was a convincing beatdown at the hands of Alabama.

I’ll have more on this in the future as it unfolds (seemingly by the minute). For now, it’s on to Week….[checks calendar] 12.

Game of the Week:

This might be the Buckeyes’ biggest test of the regular season. The Hoosiers might be the most interesting story of the early season (well, early for the Big Ten). But Indiana’s previous four opponents currently have a combined record of 3-13. They are almost certainly the second-best team in the Big Ten East. The problem this week is they are facing the best team in the division….and it probably isn’t that close. At least not close enough to come within 3 TDs on the road (even with only a smattering of fans in The Horseshoe). Take the Buckeyes.

When you compare top-to-bottom, the Big Ten West might be a little better division this year than the East. This week, B1G fans are treated to #1 vs #2 in both divisions. Northwestern clobbered Maryland (who might actually be halfway good, if they get to play again) in the opening game. Since then, the contests have been much tighter. The Badgers have steamrolled every opponent they’ve played….but thanks to a COVID outbreak that has been only two teams. No matter, the Badgers are definitely the better team and should cover this one.

If the Playoff Was Seeded Today:

For those of you who have been BSL readers over the years, you probably have heard of the Deified Dozen, the Top 12 rankings as determined by our board’s followers of college football. Well, for obvious reasons we have decided to give it a hiatus this year. But I plan to fill this space with my own Top 4 that I would put in the Playoff.