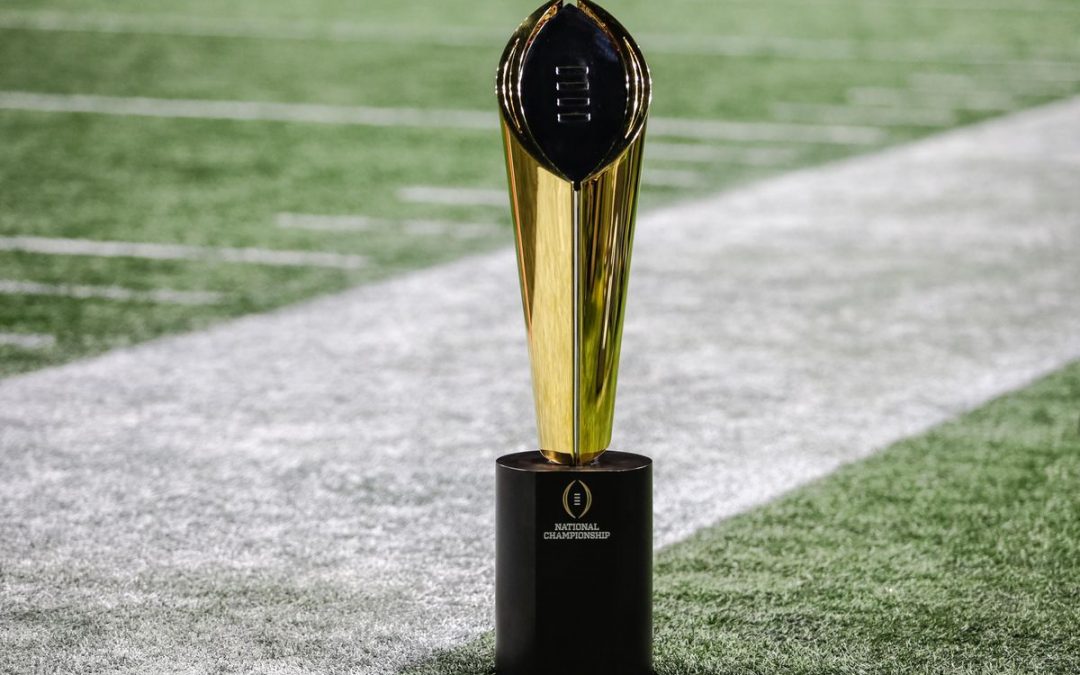 In news that should surprise no one, it looks like expansion of the College Football Playoff is coming. What might surprise some, myself included, is that rather than increasing the field incrementally, the idea with the most traction right now would grow the field from the current 4 teams up to 12. But when you get back to the factor that drives all decision-making in college football ($$$), it’s probably not that surprising.

Below is a mix of what is being reported and my own thoughts:

The SEC is said to be the biggest driver in the push to 12. That makes sense, as they stand to be one of the biggest winners in this format (see below). They don’t want a decrease in at-large bids from the current 4, which expansion to 6 or 8 teams might do if those deals were also to include the advent of automatic bids.

The first round games would be played at the home stadiums of the 5-8 seeds. The quarter and semifinal games would be incorporated with existing bowl games. Which ones are as yet undetermined, a detail that would probably get worked out after expansion is finalized. The championship game will still be separate from the bowls and held at a neutral site.

For those who are not fans of players eyeing the NFL draft increasingly opting not to play in meaningless bowl games, the addition of more meaningful games should result in a decrease in that trend.

With that, here are my winners and losers should this proposed expansion become reality.

SEC – With 6 at large bids up for grabs, plus conference champions, it’s not at all improbable that more than 1/3 of the field could be SEC teams. (I’ll get in to this in another entry)

Pac-12 – Their incoming commissioner, George Kliavkoff, made no secret in his introductory presser that he’d be pushing for expansion. No Power Five conference has been left out of the current 4-team field more than the Pac-12. Their champion would not be guaranteed a spot in the field, but the odds will be significantly better they’ll have at least one entrant per season.

Notre Dame – With their one-year experiment in a conference over, the Irish will go back to fighting for a Playoff spot as an independent. Since they are not in a conference, there will not be a path for them to claim a 1-4 seed. But like the Pac-12, their odds significantly improve as far as simply getting in, so this is a net win for them that probably ensures they can continue as an independent.

Group of Five – They probably won’t be huge winners in this format. They will still get less money and less opportunities than their P5 brethren, and would still prefer a 16-team format. But under this proposal at least one of their members will be guaranteed a chance to play for the title every year. That’s more than they have now, so it’s a win.

Schools – It’s all about the money

ESPN – It’s all about the money

Players – All we hear about is that the well-being of student athletes is the #1 priority. Under this Playoff system, with no other alterations to the rest of the season schedule, a team could potentially end up playing a 17-game season with one bye week, and little or no break in December (exams, anyone?). I fail to see how any of this benefits the well-being of the players.

Bowl Games – Six games will be incorporated into the quarter and semifinal rounds. I’d wager it will be the current New Year’s Six bowls, though there are a lot of details that have to be ironed out, like the Rose Bowl’s insistence on being played January 1st (or 2nd if the 1st is a Sunday). That could be a limiting factor. Non-Playoff bowls will probably not see much effect….some of their games will be interesting matchups, while most are filler content for ESPN.

Regular Season – During the BCS-era, the biggest argument against a 4-team Playoff was that it would devalue the regular season. I don’t think that happened. Those same naysayers will argue against more expansion. Personally, I still don’t think they will have a valid point. There will always be crucial regular season games in which teams are jockeying for the final spot or two in the field; it will simply be spots 11-12 instead of 3-4. And spots 3-4 will still have a lot of appeal worth playing for, since they will likely include a bye and week of rest. And since the seeding places a premium on winning your conference, that will still keep the regular season relevant.

Fans – Let’s face it, with a few notable exceptions, most of the CFP games since its 2014 inception have been duds. Especially the semifinals. Even with 3x the current field, we are still likely to end up with Alabama, Clemson, Ohio State and Oklahoma left standing at the end more often than not. There is no easy solution to achieving more parity in college football, if that is what you desire, and tripling the Playoff field is certain not to get you there. But, exciting or snooze-fest, we will have more meaningful games to watch and analyze at the end of the season.