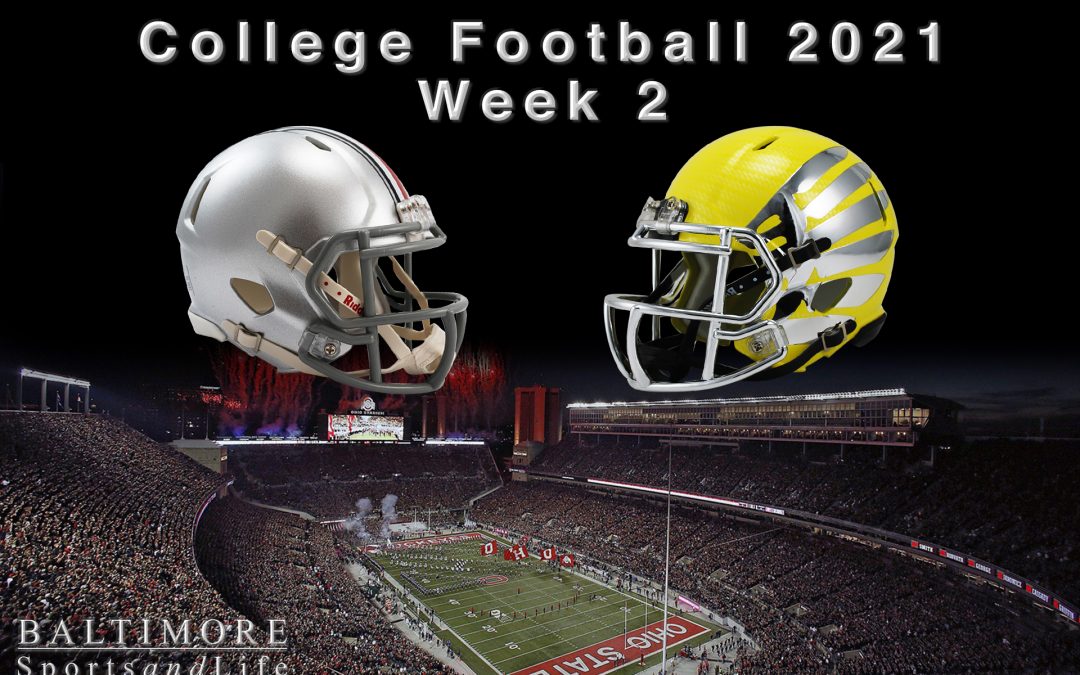 Is college football great, or what? Now that we finally got to experience much of what we missed in 2020, I realize just how much I love it.

First, a brief rewind. I’ll start a segment that I call Overreaction and Recalibration. Basically it’s my thoughts on what we just saw that’s likely just an anomaly to which many will overreact, versus where we probably need to recalibrate our expectations. Here goes:

Overreaction: Clemson won’t make the Playoff and their run as one of college football’s elite may be over.

Yes, the Tigers’ O-line was manhandled by Georgia’s defensive front. That unit was always going to be a concern headed into the season. And yes, it’s not at all unthinkable Clemson could miss the Playoff for the first time since 2014. Their likely weak schedule outside of the Georgia game was going to be precarious for them if they lost.

But let’s put things in perspective. Clemson’s streak of 6 straight Playoff appearances is longer than anyone else, including Alabama. They still have plenty of talent at the offensive skill positions. Their defense shut down Georgia’s offense just as much as Georgia’s defense shut down theirs. They continue to attract elite high school talent at the level of Alabama, Georgia, etc.

2021 might be a down season by their own lofty standards, but they’re not over. Not by any stretch.

Recalibration: LSU’s subpar 2020 was a blip and their talent will see them return to being one of the SEC’s best.

I went into how this matchup could have been a tougher-than-expected one for LSU last week. It had been a difficult, distracting week for them, obviously. But this was not what I expected to see at all.

This game wasn’t about UCLA getting fancy and running circles around the opposition the way you’d think a Chip Kelly offense would. The Bruins pounded it, pounded it, pounded it some more, then nailed the Tiger D with play-action. Offensively, the Tigers did move the ball through the air, but went nowhere on the ground.

Can’t run, can’t stop the run. You know where that’ll get you in the SEC.

Other Week 1 Odds and Ends:

Florida State is probably a 6 or 7 win team this season. But in watching their near upset of Notre Dame, plus what was easily the feel-good story of the week (if not the season) in McKenzie Milton’s miracle return, it was apparent there is a level of energy around that program that hasn’t been seen since the Jameis Winston years.

Was Miami horrendously overrated at #14, or like 2020 is Alabama that much better than the entire rest of the sport? I’ll need more data to reach my own conclusion.

It’s only one week, and the first of the season at that, but I get the sense that defense in college football might be rising from the ashes.

Not a great start to the season for the ACC (only 3 ranked teams, all lost), the Pac 12 (6-6 overall, including then-#20 Washington’s loss to FCS Montana). The Big 12 didn’t have a stellar week either (runaway favorites Oklahoma and Iowa State struggled), but 9 of their 10 current members did find a way to win.

Conversely, it was a terrific week for the SEC, save that aforementioned LSU loss. They went 12-2 on the weekend.

Rounding out the Power 5, it was a mixed bag for the Big Ten, though that’s primarily because they have already played 5 intra-conference matchups, so losses will obviously occur. They went a respectable 5-1 outside the conference.

Both teams had their struggles in Week 1. Ohio State seemed to overcome their’s more easily with a solid 2nd Half showing at Minnesota. Oregon needed to pull out their win against Fresno State in the final minutes. Both teams probably had vanilla game plans headed into those matchups, and the players themselves may have been looking ahead just a bit. I think their somewhat-shaky Week 1 showings cancel each other out…even of both played great this would probably still be a 2 TD spread in OSU’s favor.

Even with the wide spread, the Ducks could have a puncher’s chance in this one. Their secondary might be the only one on Ohio State’s schedule that can match up with their elite receiving corps…not saying Oregon can shut them down, but the personnel are there to potentially limit the damage.

The Ducks’ chances of pulling the upset will come down to three factors:

* Kayvon Thibodeaux – He left the Fresno State game with a sprained ankle, and as of this writing he is still day-to-day. Oregon needs him. Badly. Even 80% Kayvon Thibodeaux is capable of a couple game-changing plays.

* Turnovers – Oregon must force a couple, capitalize on them, and avoid any of their own.

* The Ducks need to open up their offense and force Ohio State to defend the entire field. They should especially target the Buckeye’s linebackers, who are relatively inexperienced and had shaky moments against Minnesota. Under Mario Cristobal, Oregon has shown a tendency to pump the brakes on offense relative to the abilities of their skill players. That won’t cut it against Ohio State’s defense, who would love nothing more than a fistfight-in-a-phone-booth kind of game.

I think the Buckeyes will win. If Thibodeaux plays at at least 80%, I think the Ducks can cover, which should keep their Playoff hopes alive. If he doesn’t, this might get ugly. With his status still unknown, I just can’t predict a final score with much confidence yet. Stay tuned.

Maybe Should’a Been My Game of the Week?

I’m too lazy to look it up, so I’m just going to go out on a limb and state this is the first time these two in-state rivals meet with both teams ranked in the AP Top 10. If that’s not enough to entice you, how about a battle of the irresistible force (ISU’s Heisman candidate RB, Breece Hall) versus the immovable object (Iowa’s run defense gives up 2.8 YPC over the last season)?

Still not enough? Well then, I got nothin’. Seriously, this should be a really good game.

Worth Staying Up For

The Holy War. It’s always a throw-out-the-records-this-is-our-Super-Bowl game on both sides. Better yet, both teams actually look pretty good so far. If you just want to see a game where two bitter rivals leave it all on the field for 60 minutes (or more, if necessary), you really can’t go wrong here.

(For the record, I am not abandoning Oklahoma as my title pick, yet. This is based on week-to-week results)

No Thursday game this week with the NFL season kicking off. Friday sees #17 Coastal Carolina and Boise State in action, but neither figure to be challenged by Kansas and UTEP, respectively. Save your TV-viewing hours for a huge weekend.

Saturday is loaded. Don’t miss it!