College Football – Like It Or Not, Realignment Is Back 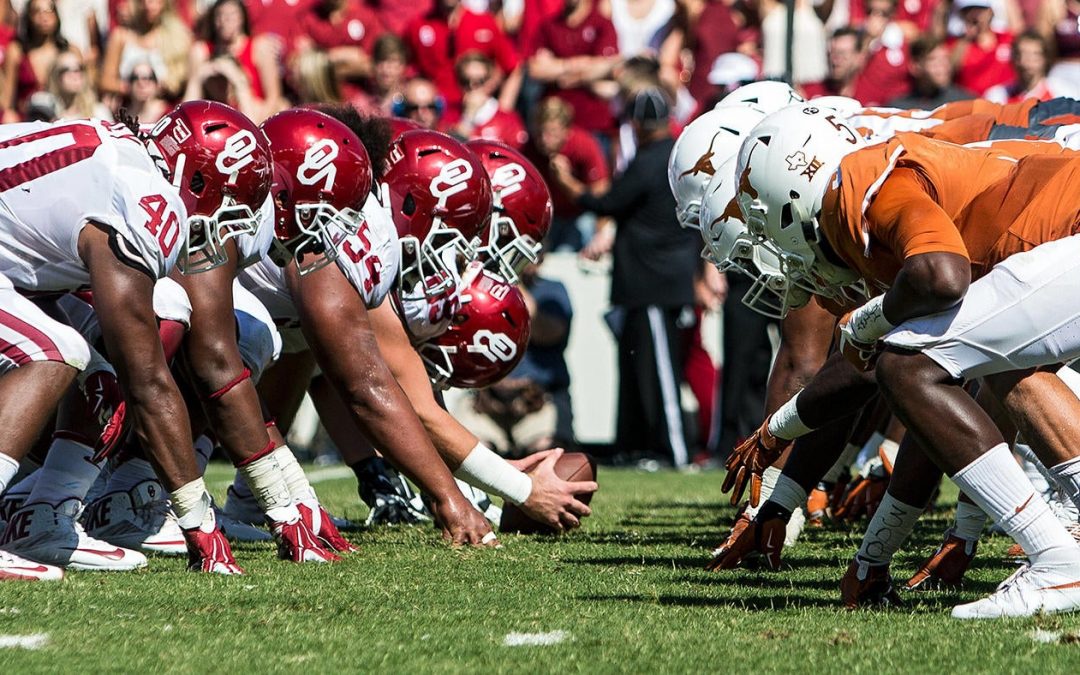 In the era of big money college athletics, one thing appears certain…at least once every decade schools and conferences will realign their affiliations to position themselves in the best possible way for one sole purpose; making more money. Since the money mostly comes in the forma of television broadcast rights, the shifts typically occur just as existing television contracts are nearing expiration. The current edition kicked off late last week with a huge bombshell; Texas and Oklahoma intend to leave the Big 12 for the SEC no later than 2025. The SEC presidents and chancellors have a meeting scheduled for July 29th, where they are expected to discuss admitting Texas and Oklahoma. If an official vote is taken, 11 of the 14 must vote “yes” for the invite to be extended. Whenever the vote is taken, it is expected that will happen.

You can discuss conference realignment and expansion here.

That the Big 12 again finds itself at the center of this topic is no coincidence. Since its formation in 1994 it always had the appearance of a fragile marriage of convenience. The former Big Eight and four remnants of the Southwest Conference came together at the moment sports television (read: ESPN) and its riches were on the verge of blowing up, with the belief that they would be in a stronger negotiating position if together than separate. And in that way they were correct.

Culturally speaking it was far from a perfect match. Many original Big Eight members often felt at odds and on a different page than their Texas counterparts, especially the University of Texas. The Longhorns have always been used to getting their way, no matter who is put off by it, because they have the juice (in terms of money and supporters in the nation’s 2nd most populous state) to back it up. Not surprisingly, four original Big 12 members (Colorado, Missouri, Nebraska and Texas A&M) bolted for greener, more equitable pastures early last decade.

Meanwhile, the SEC has been one of two big dogs on the block, along with the Big Ten, when it comes to being a destination conference and converting their brand into dollars. Those two conferences absorbed 3 of the 4 Big 12 defectors. Now, with the addition of Texas and Oklahoma, the SEC is poised to stand alone. How this will work remains to be seen. Scheduling, divisional alignment, and the fate of Texas’ Longhorn Network must all be worked out. But they will be worked out; there’s too much money at stake for it not to.

Will the SEC stop there? For now, I think so. I don’t see any other schools worth their while who either want to, or can, bolt from their current conference. What about the Big 12? It’s remaining eight members will say the right thing for now; that they are fully committed to making the conference as strong as blah blah, blah. I guarantee if any one of those 8 get an offer from the Big Ten, ACC or Pac 12, they’re gone. And word is some of the Remaining 8 have already been angling for just that.

As for where the Big Ten, ACC and Pac 12, not to mention the Group of Five conferences, go from here is the big question. The thought is that they have to do something, or risk falling far behind the SEC. On the other hand, when it comes to options that can realistically enhance a conference’s profile. the way Texas and Oklahoma will do for the SEC, the options are actually very few and far between. These are not 4 year decisions….these are 40 year decisions that must take the long-term health and viability of your conference into account.

I’ll have a follow up piece on what I believe are some of the possibilities soon. Stay tuned…like it or not, the Realignment Derby is back.