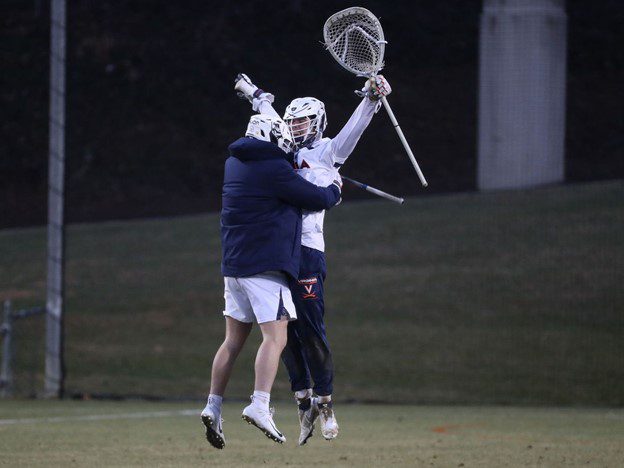 It pains me to say we are about 60% through the regular season of the 2022 college lacrosse year. The next college lacrosse game will be played in the month of April. We are just about mainly into the conference slate of the year, with some teams still playing their final non-conference games now, while others will wait utnil the end of the year to round out their schedule with a non-conference game. This past weekend included plenty of conference battles to start the end of the year. Maryland still heads the top of the rankings after another demolition, this time of Penn State. Rutgers is the other Big Ten team who has a shot, with the others chasing behind. The Ivy League is deeper than ever, and they have a chance to get five teams in the torunament this year. The ACC on the other hand is struggling, and this past weekend’s Duke-Syracuse game was a must win in order to secure a solid win for an at-large berth. The ACC is in jeopardy of getting a record low teams into the tournament. Without further ado, my week 7 rankings:

The Big Ten boasts the nations top team in Maryland. They are complete enough to absolutely destroy the number two team in the country. Behind the Terps are a few teams who have a chance to make a run at the top dogs. I am not predicting any of them to beat the Terps. The closest could be Rutgers with their NASCAR style of play, but the Terps defense can slow anyone down. Ohio State and Michigan both started the year fast but have stalled a bit lately. Hopkins is a hit or miss team this year and it is all based off how their offense plays. Penn State will look to play the spoiler. Current automatic bid prediction: Maryland

The ACC looks to be having an off year, and a conference that usually gets four teams in the torumanet is in jeopardy of only getting two or maybe three in. Virginia looks like a lock, and the other few are on the Hoos heels. A team that knocks off Virginia will have a quality win, but at this point in the season beating the other four teams is not a major feat. The only conference without an automatic bid (due to only having five teams) is in a rough spot come April.

A clean slate for the Big East as they round out the non-conference slate. Through the transfer portal Georgetown got a lot better than they were last year and are the clear favorites so far. Denver looks to be having an off year, but should have one maybe two chances to knock off the Hoyas, with the first chance coming this weekend. Villanova has been coming on strong lately, and with a big non-conference win over Delaware this past weekend. They are a streaky team but have the offensive power to put up plenty of goals. Current automatic bid prediction: Georgetown

As of now the Ivy League is the deepest conference in the nation, especially after taking the entire 2021 season off. I don’t think they will be able to get six teams in, but the top five all have a legit shot at the tournament, and are all going to battle with each other over the next few weeks. To be honest, I am simply excited to watch these games go down and don’t know what to predict at all. Penn and Yale are both coming off big wins this past weekend, beating Cornell and Princeton respectively, both of whom were top-five teams. Harvard is a dark horse and has a few chances to bolster their resume the rest of the season. Yale has an offense led by Brandau, who is able to easily take over games. Current automatic bid prediction: Penn

The America East is a tricky conference. On one hand you have Stony Brook, Albany and Vermont, all of whom have struggled through their non conference slate, but have a conference they could easily win. Binghamton is off to a good conference start with wins over Albany and UMBC. I think that Vermont has the tools offensively with plenty of returning starters from last year’s team, and a solid goalie in Ryan Cornell. Current automatic bid prediction: Vermont

Most other years the CAA would also be somewhat up for grabs this early in the year. I could say this again in 2022, but I think Delaware is head and shoulders above the rest of these teams. They have impressed the most throughout the year, and have a Canadian based offense that has legit scorers. Umass may be the best team to challenge the Blue Hens, and look solid coming off a big win over Brown. Towson and Drexel are a couple of dark horses that could make a postseason run but Delaware leads the show early on.Current automatic bid prediction: Delaware

I did not see a 7-2 start and 2-0 conference start from the third year Bonnies. They went 0-19 in their first 19 games as a division I program, but are much more experienced now and have a legit shot at going 6-0 in conference, already with wins over the two next best teams in Marist and Manhattan. Current automatic bid prediction: St. Bonaventure

Manhattan vs Canisius, Saturday, 11am

Where do I even begin with the Patriot League. Boston, Lehigh, Army, Navy an Loyola are going to contend for the conference championship. Boston has looked legit so far this year and have started off 4-0 in conference. They are a top-15 team and are going to have a major say in getting into the tourney. Lehigh is going to have a chance in every game with Mike Sisselberger at the faceoff x. Army is deep offensively and could be able to ride their offense to a tournament berth. Loyola and Navy are on the fringe and should make the conference tournament and look to make a run in May. Current automatic bid prediction: Boston U

St. Joes has taken the stage early as the frontrunner in the NEC, but a few teams are lurking in the shadows ready to snatch the opportunity to jump into the big dance. After a slow start, Bryant has started 2-0 in conference and is trying to defend their conference crown. I expected more out of a Hobart team that played solid last year, but has struggled a bit this year. LIU in their third division 1 season has a chance to make some noise in a conference that isnt particularly strong. Right now, the hawk will never die. Current automatic bid prediction: St. Joes

The SoCon is going to be a cluster as the season winds to an end. Like other years, Richmond, High Point and Jacksonville all have a shot to get the aq. Jacksonville has been a mainstay in the top-20 for the past few weeks, and Richmond/High Point have been fringe teams needing a big win to make the jump. They all play different games, with Richmond being more methodical, Jacksonville liking to run and gun, and High Point a flashy type of offense. In this case the non-conference isnt going to matter as I don’t think Jacksonville has a chance to make the tourney unless they win the conference. Despite that, my current utomatic bid prediction is Jacksonville.

The newest Division 1 conference made up of former SoCon teams and a few independents will get an automatic bid to the tournament in 2022, meaning the NCAA tournament will have two “play-in” games this spring. Although I will argue that the last four at-large berths should don the play-in games, they wont. That being said, I do believe that the ASUN representative will play in one of those games. Utah has a few big wins under their belt this year, but Air Force might be pesky down the stretch and two of division 1’s teams in the mountains might battle for a chance to play in May. Robert Morris is going to want a word, as they should be able to hold their own in the next few weeks, but will likely need to upset the Utes to make the dance. Current automatic bid prediction: Utah