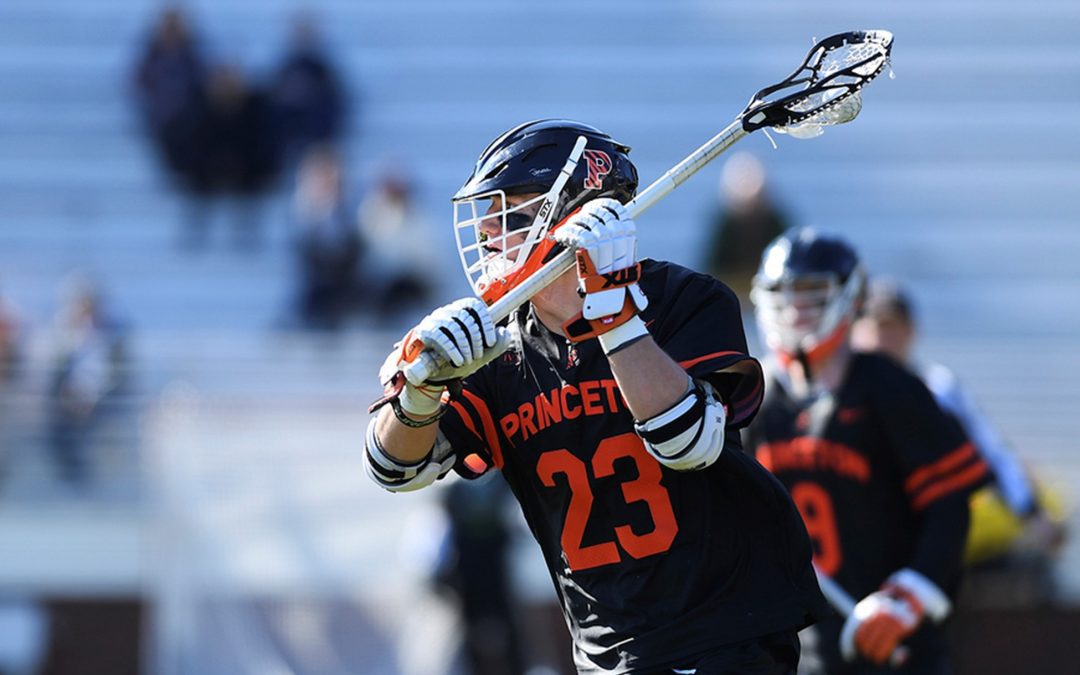 As we march into March, the first weekend of the second month of the college lacrosse season didn’t seem to have a plethora of marquee matchups. What that means, however, is that the teams you don’t necessairly expect to light the scoreboard up do just that. This past weekend, that was just the case for a few Ivy League teams, three of whom now sit in the top-8 of my week 4 rankings.

Penn, Cornell and Princeton have been jumping up the rankings lately, while the team I thought would be at the top of the Ivy League, Yale, is sitting stagnant around the mid teens.

The usual suspects grace the top two spots once again, as Maryland and Virginia both secured another win this weekend and remain undefeated.

Tobacco road were the only other teams in this week’s top ten to win last weekend, and UNC did so by the skin of their teeth against a Denver team who has been fraudulent thus far in 2022. I thought Richmond would pester Duke to the tune of more than 8 goals, but Duke ended up winning 14-8. The remainder of this week’s rankings can be seen below:

After this weekend’s play we see two newcomers grace the top-20 in Brown and Utah. The Bears played in-state rival Providence and got off to a slow start, trailing 5-1 early. They ended up scoring 14 straight goals late in the game while holding Providence scoreless for the third quarter in this 22-10 rout. Brown runs and guns, as expected with head coach Mike Daly at the helm. Daly brought his style of lacrosse to Brown a few years ago, but is just now seeing the results of his up tempo style, as they are averaging just about 16 goals per game. Stony Brook will proivide a tough test up next.

The Utes went down to Florida on Sunday evening and put the hammer down on one of the most impressive teams so far this year. Jacksonville had been on a tear, starting 4-1 with a win over Duke in the process. The Phins were up 5-1 on Sunday but couldn’t handle Utah’s run and gun style with new coach Andrew McMinn.

In the first of three good, close games this weekend, Rutgers held on with their defense to beat Stony Brook 17-16. After leading 17-12, the Scarlet Knights let the Brook back in this one, but made that final defensive stop on the stick of goalie Colin Kirst, who had 12 saves. Stony Brook was helped by a 24-10 advantage at the faceoff x.

North Carolina rode the coattails of Tewaaraton favorite Chris Gray on Saturday afternoon in their barnburner of a game with Denver. Gray had six goals and added two assists including a point in each goal in UNC’s late three goal run. UNC went into a zone late in this one to change some of the momentum and it ended up working. JJ Sillstrop had three goals and three assists for the Pios, who have been struggling thus far in 2022. They have another tough test in Yale next weekend while UNC gets Virginia for ACC Thursday night lacrosse.

Penn and Penn State had an instant classic down at the Crown classic in Carolina. James Shipley beat the buzzer and Penn won 10-9 on Saturday afternoon. A very unfortunate break for a Penn State team who was looking for their second top-5 win in as many weeks. The Nittany Lions who were really struggling early on has seemed to find their stride in the past couple weeks. The Big Ten continues to look tougher each week with the emergence of PSU and Michigan.

The Wolverines went down early to Delaware, but Michigan ran away with this one once again winning 18-8. Josh Zawada has 51 points so far this season, breaking a Michigan single season record just seven games into the season. Michigan is averaging just over 18 goals per game, most in the nation.

Like I said earlier, Virginia and Maryland took care of business on Saturday. The Hoos had an offensive outburst at home against Hopkins in preparation of the first ACC Thursdsay night lacrosse of the season. Virginia got huge offensive performances out of Cormier (6g), Shellenberger (3g, 5a) and Moore (1g, 3a). One of seven unbeaten teams remaining, Lars Tiffany’s team is looking dangerous and ready for another deep run into May. Another one of the seven remaining unbeatens, Maryland went to Arlotta and slowed the game down, relying on their stifling defense to take down the Kavanaghs and Notre Dame 10-8.

Thursday night ACC lacrosse is finally back just over a month into the season. We have a good one coming up, but I could say that about every ACC matchup this coming uear. #10 North Carolina welcomes the red hot #2 Cavaliers of Virginia. I have a hard time believing this North Carolina defense is going to stop or even slow down the offense that has been lighting the league on fire so far this year. Virginia can attack from all over the field. Their midfielders can dodge and score, their attackmen can create and finish, and they have poles who run in transition to put numbers on the board for Virginia. The UVA offense ranks second in the nation right now, while UNC’s defense is middle of the pack at 42. The UVA defense may have trouble slowing down Chris Gray, but they should be able to hold their own elsewhere. I see a high scoring matchup (at least for Virginia) and the Hoos to come out on top by a few.

A big Baltimore weekend of lacrosse kicks off Friday when UMBC welcomes #19 Utah to Catonsville. Utah is coming into their own and now has a big win over a ranked Jacksonville team. Utah loves to run and play fast, while UMBC has a very solid close defense. Im interested to see how they play in transition and if that can mean more goals for Utah. The offensive boys from Catonsville need to score early and hold the line defensively to be in this one late.

Loyola gets to play host to #5 Duke Saturday afternoon in a big big test for the Hounds. On the verge of a failure of a year, Loyola needs a win and Saturday at home against Duke seems like the perfect spot for one. The big problem for Loyola is their pace: methodical, possession based lacrosse against Duke never works, and it wont on Saturday. Duke will play in transition and they should be able to feast in half field situations at Ridley. I expect Duke to run this up unless Loyola decides to fight for their season here.

The third game of the weekend comes to us Sunday at Homewood, as Hopkins hosts the #17 ranked Syracuse Orange. Another tough test for a baltimore college lacrosse team this weekend as Brendan Curry and Tucker Dordevic are two of the toughest midfielders to guard in the nation. Hop will need to do what I mentioned above with Loyola and Utah: score and score early.

I’m not sure if this is a thing this year, but there are three Big Ten/Ivy League contests this weekend. Penn State continues their gauntlet of a pre-conference slate with #6 Cornell who creeped up the rankings this week after taking down the Buckeyes. Curious to see if Penn State can play with a third straight top-10 team.

Two of the quietest top-10 teams play this weekend when New Jersey foe #4 Rutgers travels down to #8 Princeton. I do think the Tigers have two straight top-5 wins in them in this matchup. Rutgers is solid offensively but struggles somewhat on defense, allowing teams to pile goals on. This should be a high scoring affair on Saturday.

Finally, #12 Michigan and Harvard should be fun. The second time we get to see Michigan play a competent team this spring. Last weekend they dismantled Delaware. Harvard is no slouch and is just outside the rankings. They played with Ohio State a couple weeks ago, now lets see if they can play with TTUN.

Last preview of this coming weekend is two teams who are now desperate for a win. Ohio State went down to Cornell and dropped from the top-5 while Notre Dame did the same after their loss to the Terps. After 30 points in four games, Jack Myers was held to one goal last weekend against Cornell. Pat Kavanagh had eight points against Detroit, he has six in the past two games. Chris Kavanagh had six points against Detroit, he has three in the past two games. Notre Dame needs to get their offense back starting with the midfield who needs to demand attention. In my opinion too much goes through the Kavanagh’s, and more needs to be initiated through the midfield with the Kavanaghs being recipients of a defense that has already slid. Let’s just wait and see on Saturday if Coach Korrigan tuned into the article this week.

Seven teams remain unbeaten as we head into the second weekend in March. Maryland is the only team that I can confidently say will be undefeated next week. Boston U takes on undefeated Bucknell. Virginia, Rutgers, Michigan and Cornell have tough matchups, which is why this part of the season is one of my favorites. Most teams (besides the Patriot League) are rounding out their out of conference schedules, and we still get the top non conference matchups. In terms of big games, this weekend looks much more promising to me.