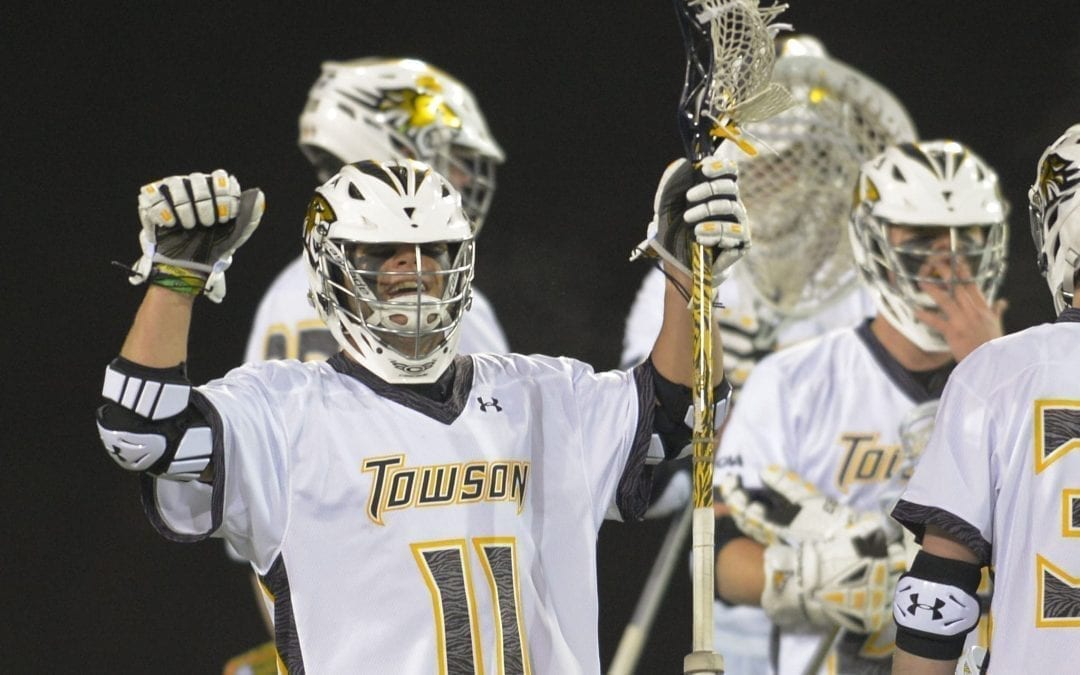 This week our off-seaon update features Towson men’s lacrosse, who is coming off of another appearance in the CAA Championship game. Following a 2017 in which Towson made an improbable run to the Final Four, led by a very strong defense (ranked 4th in the NCAA) and a strong offense as well led by threats such as Joe Seider and Ryan Drenner, the Tigers quieted down this past spring and posted an overall record of 7-8. Despite posting a record of below .500, the Tigers did not exactly disappoint expectations coming off a big year, because as I said, they were the #2 seed in the CAA tournament again and lost to #1 seed Massachusetts in the title game. This could have been Towson’s fourth straight championship and fifth in the last six years, but back to the drawing board they go, as they hope to face a more consistent season this upcoming spring then their previous up and down season.

The Tigers faced some off the field disciplinary issues, as Jon Mazza, Sid Ewell and Dylan Kinnear faced suspensions for off the field issues and missed plenty of games. That shakes a locker room like no other, especially when older guys, who are supposed to lead by example, have to leave the team for a few games. The issues impacted the team and many young guys had to step up in big ways, and the freshmen class did just that. Standing out among the freshmen were goalie Shane Brennan, LSM Koby Smith (Loyola Blakefield) and attackman Phil Weis (Loyola Blakefield). Those three were named to the CAA All-Rookie team last spring. Much of the freshmen success wouldn’t have been attainable without help of many veterans including SSDM Zach Goodrich, and defensemen Chad Patterson and Gray Bodden.

Once the Tigers could put that behind them, and focus on the task at hand, they were more successful and were able to build on the talent they had in what many can call a rebuilding year. The Tigers had some young talent on the field, which will bode well for them when those guys come back and have experience in the coming years, especially on the field experience. The jitters are out and Towson expects to build on last spring and get back to the NCAA Tournament in 2019. Towson turned the ball over a good amount more than last season, and their scoring dropped to about 8.9 goals a game (from 9.5 in 2017). But with that they had new guys in the lineup, the same new guys that will be returning this upcoming spring. The incoming class can look to make an impact as well, as they bring in lots of offensive talent and a good goalie in Evan Long to bolster and build on their young talent.

Offensively, the Tigers only graduate one contributor in Luc Chetner (17, 15), but Jon Mazza has also recently left the team and will leave another hole offensively. Along with Weis, the Tigers return Grant Maloof (20, 5), Brendan Sunday (17, 6), and Maryland transfer Timmy Monahan (15, 13). Young guns Matt Sovero and Jake McLean should expect to see a heavier workload this spring as well as contribute more points as well. The Tigers know they have guys with experience in games as well as contributing in games that can make a step forward this spring.

Defensively, Sid Ewell will be a big loss for the defense, as well as Calvin Livingston (McDonogh) who has started for a couple of years now. Young guys like Saunders Healy, Joe Patti, Shane Molloy and Nick Arvin look to compete for a starting spot this spring.

The team will also return faceoff specialist Alex Woodall (St. Marys) who has been a force to reckon with in the past few years and went 60.9% at the X last season. For a quick preview of the season, the Tigers will be young. But they will look again for that young talent to build composure and chemistry together as a unit to compete again for a conference championship and a birth in the NCAA Tournament. That is not an unattainable goal for the Tigers, who can hopefully get back on track this coming spring.

This fall, the Tigers will play a couple of scrimmages on October 20th against Navy Richmond at Boys’ Latin. We will see how the Tigers have adapted and changed as a unit as they look forward to the spring. Look next week for my preview of Navy, who again competed and played well in a tough Patriot League.