College Lacrosse Week 3: February is for the Hunter 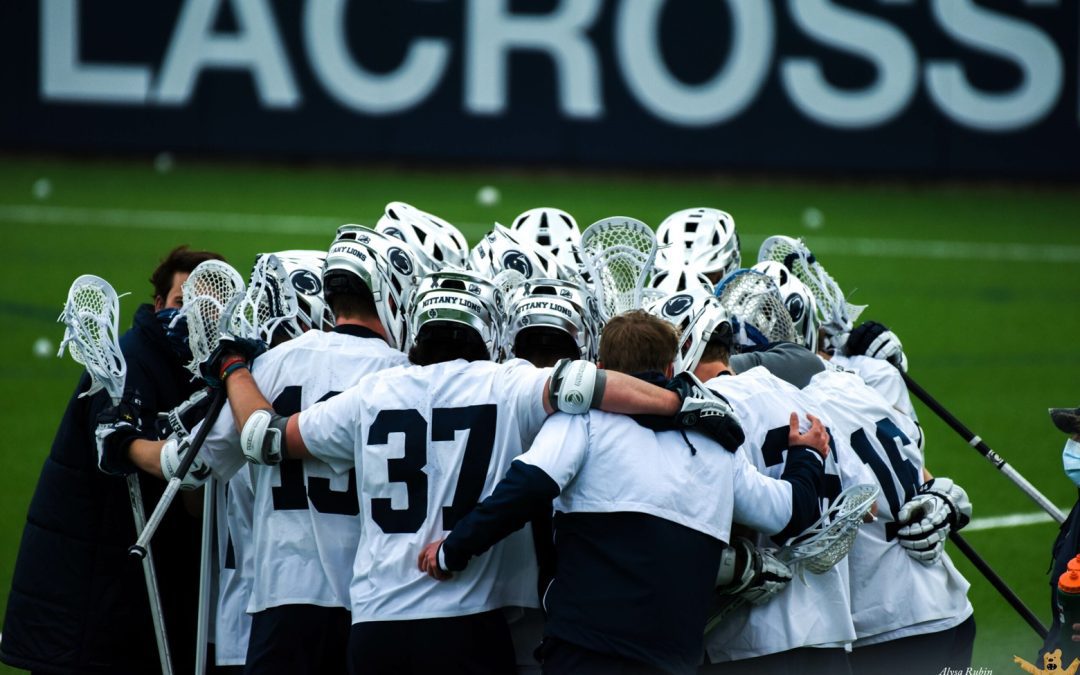 It happens every year in college lacrosse. Every February, some of the nations top teams get taken down by opponents who seem as if they shouldn’t even be on the same field together. Much of the offseason hype is driven by the nation’s top recruits and transfers picking the nation’s biggest and most historic programs. The lacrosse world drools over highlights of grown high school seniors running circles playing bully ball all spring. They will eventually make their way to Duke, UVA, Maryland or [insert historic lacrosse school here], and all college lacrosse analysts talk about how they will fit in, how they will improve last years team. At the end of the day, most 18 year olds are not going to fix all the problems a college lacrosse team has. Landing a top transfer is another story. In February, every college lacrosse team is finding their identity. They all have issues, they all need some “tuning up”, and that is why we saw what we saw this past weekend: a blitz of upsets we didn’t see coming. After all the mayhem, here is my updated top 20.

THE WEEKEND OF UPSETS

The state of Pennsylvania had themselves a weekend in college lacrosse. Penn State after a historically slow start to their 2022 campaign found themselves a must needed win over a top-10 team in Yale. In my mind, the Nittany Lions didn’t have a win in their schedule until potentially March 15th at Bucknell. After that they would enter a tough Big Ten. They were potentially looking at a 1-7 start but got that monkey off their back. Penn State fought off an early deficit and goalie Aleric Fyock had 21 saves on the day as they held a lethal Yale offense to six goals on the day. Massive win early in the year to instill some confidence.

The Penn Quakers took on Duke at a neutral site and sent the Blue Devils packing in OT after a goal from Jack Schultz. They also faced an early deficit but fought out of it with Dylan Gergar tossing six in the net. Nakeie Montgomery exploded for Duke with 4 goals and 2 assists as Penn opted to guard him with BJ Farrare playing SSDM. Sam Handley wasn’t a major factor in the game, and I expect this Penn offense to be even more dangerous with him in the lineup. Duke heads to High Point on Tuesday while Penn will take on Penn State next weekend.

Jacksonville went into the mountains and came out with two more victories under their belt. Opening as 2.5 point underdogs against Denver, everyone was severely understimating the Phins who took down Denver 11-9 and then Air Force 15-9 on Sunday. Max Waldbaum had nine points over the weekend and Jacob Greiner had 12 goals in the two games. Jacksonville is #13 and is for real.

I wouldn’t quite call it a major upset, but Boston U put up 16 goals on Umass and continued their hot start to 2022, sitting at 3-0 and entering the rankings.

Meanwhile, another Boston team in Dartmouth surprisingly took down Bryant, who I expected to have a solid squad this year. Through two weeks, the Ivy League is showing that the year off didn’t really slow them down, but instead helped them reload and have a solid start to 2022.

A couple of Big Ten teams got some good wins over Ivy League foes on Saturday. Maryland took down Princeton 15-10, just showing again that the Ivy League is going to be good and deep this year. The last we saw Princeton, they were led by Michael Sowers. They are a much different team now, and held their own against the nation’s best. The Terps were led by Wisnauskas (4g, 2a) and Donville (4g) offensively. It is going to be tough for opposing teams to ask for 15+ goals against this stifling Terps defense. Ohio State and Harvard headed down to Naples and played the nightcap on Saturday evening. We had a tie 5-5 game at halftime as UNC transfer Caton Johnson was playing well in the cage for the Crimson. Ohio State came out firing in the second half led by Jack Myers (5g, 6a) who had seven of those points in the second half. Ohio State is 4-0 and has a couple of big out of conference games coming up (Cornell, Notre Dame, Denver).

Cornell slowed down Mike Sisselberger at the faceoff x and took down Lehigh 9-5. A bit of a slow offensive start dooms the Mountain Hawks once again, as Cornell got just enough offensively to win. Another Kirst brother was in the mix, as Cole had 2 goals and an asisst for Cornell.

Notre Dame tried to continue where they left off in their 24-2 win over Detroit, but got slowed down by the Georgetown defense. The Irish went down big in the first half and saw the Hoyas put up double digits early, but ND was able to storm back to make it a game with 7 unanswered goals in the 2nd and 3rd quarters. Georgetown just got enough late from their defense and Owen McElroy who had 21 saves, and their offense who put a few in late to take the 16-11 win.

Virginia avenged their 20-10 loss in the dome last February with a 20-11 win at Klockner on Saturday in front of a massive crowd. Connor Shellenberger was dishing and scoring, and had 3 goals, 4 assists on the day including this beauty below. Along with Shellenberger, six other Hoos had 3+ points. They let the Orange back into the game in the third quarter, but a fourth quarter flurry of goals put Virginia up for good.

Down in the SoCon, Richmond’s Ryan Dunn (Loyola) had the game winning OT goal in his backyard in their 16-15 win over Towson.

We are lucky enough to get a bigger slate of games during the week with nine games on Tuesday and three more on Wednesday. Duke/High Point is always a good game and im interested to see how Duke responds to their loss on short rest. Army always plays Syracuse tough, especially when they head to the Carrier Dome. Loyola hosts Towson on Wednesday at 5pm at Ridley.

The Saturday/Sunday slate boasts a few solid matchups as well. Delaware and Michigan are two teams who have come out of the gate hot this year, and it will be Michigan’s first real test this year. Michigan will have to attack the Delaware SSDMs to set the tone offensively. Delaware is fun to watch offensively with their Canadian flare. I think this should be a close game but I am giving the early edge to Delaware. Elsewhere in the Big Ten, Hopkins heads down to Virginia to continue their ACC slate. The strength of Virginia’s offense is going to be tough for the Jays to keep up with. Hopkins has not been able to put in goals at the pace Virginia has thus far in the year, so they will again have to rely on their defense for stops. Virginia brings too much firepower into this matchup for the Jays to deal with.

The biggest matchup of the weekend is when Maryland heads to South Bend to take on Notre Dame. The Irish are looking for a bounce back win when they welcome a second top-5 team in two weeks. The matchup to watch is this Maryland defense vs the Kavanagh brothers. The brothers need to produce for the Irish to have a chance.

Princeton is in DC to play at Georgetown in another tough Ivy League out of conference game. I wonder how Princeton is going to adjust after playing with Maryland last weekend. They may even have a tougher defense to go against this weekend. If they can keep this low scoring, the Tigers can stay in it.

Hobart didn’t play this weekend, but they come to the Carrier dome for the upstate battle with Syracuse. The Statesmen have a sneaky good team this year and might have the offense to play with Syracuse.

Jacksonville and Utah play Sunday evening and should be a good matchup of lower tiered teams who are on the rise in 2022. Penn and Penn State have an in-state matchup of the two teams with the biggest upsets last weekend. Who is going to have the bigger big win hangover?

Tuesday begins the month of March, and all teams have played at least two games thus far in 2022. Division 1 lacrosse is deeper than ever this year, with plenty of teams making noise and joining the top-20 who we havent seen before like Jacksonville and Michigan. The top teams are going to be preparing more for their conference slate than in February. Teams find their groove into March and tune up for the conference schedule, which will be here in no time. We are only 13 weekends until Memorial Day, who is going to take the next step forward, and who will move back?