Compare O’s To Astros Rebuild One Month In 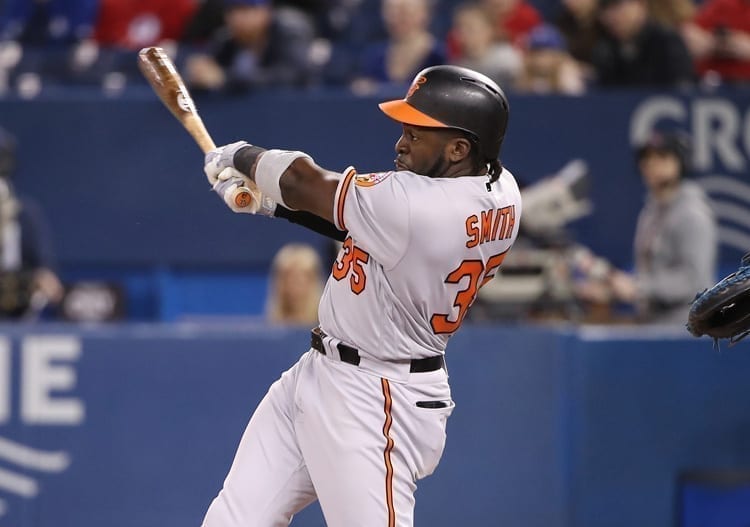 A month into the season, the Baltimore Orioles are already pretty much where everybody expected them to be — last place. And that’s actually fine.

Wins and losses don’t matter this season. The razing of the franchise from top to bottom was necessary, and management did well to bring in Mike Elias to oversee the whole thing.

Elias came from Houston, of course, home to the most notable (and successful) tank job in recent MLB history. It was an effort that started in earnest in 2012 with the hiring of GM Jeff Lunhow, who took a struggling franchise that was sitting on the border between mediocrity and non-competitiveness, and turned it into a World Series champion in six seasons. Luhnow used a scorched-Earth method that several teams have tried to emulate since.

Because the Orioles are one of those teams, I’ve decided to compare the 2019 Orioles with the 2012 Astros in order to give you an idea of where Houston was at this point in their rebuild with where the O’s are now. Hopefully it’ll be enlightening.

Luhnow took over heading into the 2012 season. So that’s what we’ll compare this to. The Astros would make the playoffs three years later, losing to the eventual champion Kansas City Royals in the ALDS. But it wouldn’t be until 2017 that the Astros became the team we know today, a powerhouse with both a stocked major league roster and a loaded minor league system.

The Houston Astros, one month into the 2012 season

The season actually didn’t start that badly for the Astros, as they went 9-13 in April and actually outscored their opponents 104-100. They even started the season with a series win over the Colorado Rockies, though one of those wins came against a 49-year-old Jamie Moyer trying to make a comeback from Tommy John surgery, and thus should probably be stricken from the books.

Their longest winning streak of the month was three games, and they also lost seven of eight at one point. While sitting in the middle of the pack for much of the month, they ended April in fifth place in the six-team NL Central (they had not yet moved to the AL).

The pitching: Two hurlers who would become trade bait later in the summer had excellent Aprils. Opening Day starter Wandy Rodriguez was 2-2 with a 1.72 ERA in his five starts, and closer Brett Myers had five saves with a 1.35 ERA.

The bats: Veteran Carlos Lee (also trade bait) started off with a .738 OPS and a couple of homers in April. Of greater importance to the franchise’s future, a 22-year-old Jose Altuve started his first full season in the majors on fire, smoking seven doubles and three triples in the month, good for a .951 OPS.

Transactions: The Astros didn’t make any trades in April, but they did pick up outfielder Justin Maxwell off waivers from the Yankees. He would appear in 19 games that month, mostly as a pinch-hitter, hitting .227. Lunhow would later manage to ship Maxwell to Kansas City for pitcher Kyle Smith, who hasn’t cracked the majors. Hey, it was worth a try.

The Farm System: The Astros’ farm system had been terrible in years prior to 2012, but had already made a small leap prior to Luhnow’s arrival thanks to moves made by his predecessor Ed Wade. A trade of Hunter Pence to the Phillies landed Jarred Cosart, Jonathan Singleton and Domingo Santana, and a deal of Roy Oswalt (also to the Phillies) brought in J.A. Happ and (current Oriole!) Jonathan Villar.

Because of this, Baseball America ranked the Astros’ farm system 18th, claiming: “The Astros climb out of the bottom third of our rankings for the first time since 2002. 1B Jonathan Singleton is the best hitter, RHP Jarred Cosart the highest-upside pitcher and OF George Springer the most gifted athlete to come through the system in a while.”

Summary: The Astros started the season poorly but were competitive. They didn’t do much with their roster that early in the season, but some veterans were setting themselves up to be desirable commodities at the trade deadline. Also of note: Altuve was already on the roster and crushing it, and Springer was already in the minor league system.

The Baltimore Orioles, one month into the 2019 season

After a decent start, the O’s quickly dropped into the AL East basement at 10-20, though it does warm one’s heart to see the Red Sox within reach — for now. Things have gone more or less as expected as far as results on the field go, but Baltimore could use a little help from the current roster when it comes to having tradeable commodities.

The pitching: It’s hard to find much to get excited about here. Like the Astros with Wade, the Orioles let Dan Duquette trade away the biggest pieces on the Major League roster – Manny Machado, Kevin Gausman, Jonathan Schoop, Zack Britton, etc. – before changing course in upper management.  Unlike the Astros, the O’s are hard-pressed to find anyone in the caliber of a Wandy Rodriguez or Brett Myers.

Perhaps Andrew Cashner (4.18 ERA, 109 ERA+) or Mychal Givens (4.50 ERA, 103 ERA+) are on course to attract some interest, but that’s about it. Dylan Bundy has been bad. Dan Straily has been bad. Alex Cobb has been bad — and injured. John Means had been good prior to Monday’s rough start, but he’s the kind of cheap, young player you want to keep around.

The bats: Things are a little better here. Trey Mancini has a 1.023 OPS and has assumed the mantle of clubhouse leader. The O’s still control Mancini for three more seasons, but that only adds to his trade value, and since he’s already 27, I’d shop him now. The aforementioned Villar could also have some trade value, starting the season with a .730 OPS. Trading Chris Davis remains little more than a pipe dream.

Transactions: In April, the Orioles sold catcher Andrew Susac to the Royals for a player to be named later or cash. They also signed Straily, as well as infielder Jesmuel Valentin, a former first round draft pick. Valentin has a .459 OPS in 14 games at Double-A Bowie. They also traded struggling reliever Mike Wright to the Mariners for 22-year-old infielder Ryne Ogren, who is at Class-A Delmarva.

The farm system: This offseason, Keith Law ranked the O’s system dead last, saying “The system is a mess, and it will take years to overhaul it. Fortunately the Orioles hired the right people for the job.” Baseball America, however, ranked the O’s 17th on the strength of Yusniel Diaz, Austin Hays and Ryan Mountcastle. BA also praised improved pitching depth based on the addition of well-rounded college arms.

Summary: The 2012 Astros appear to have had a leg up on the 2019 Orioles at this point. They already had better trade chips on the Major League roster, as well as better young talent both in Houston (Altuve) and the minors (Springer). Their farm system was also probably a little bit better than the current O’s are.

That being said, it’s only been a month and much can change. Players can surprise. Trades and signings can be made. And there’s always the draft approaching, too. One thing, though, is certain: This is going to require patience, and a strong stomach.