As the COVID-19 pandemic rages on, the sports media world must adapt or die 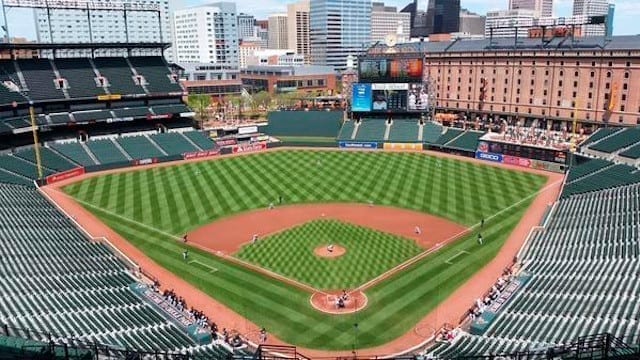 It’s been more than five weeks since we have been able to watch a live sports game in America. Over those five weeks, we’ve seen sports media companies take shows off the air, furlough employees, lay off workers, and change their strategies. But as the shutdown of live sports rolls on, one thing is becoming increasingly clear in the sports media world: if companies don’t adapt to the current reality, they will die.

Without live sports, television viewership has declined on sports networks across the world. Online, traffic to sports websites has plummeted with many outlets focusing on evergreen or historical content rather than breaking news and timely coverage of current seasons. And with many businesses temporarily shutting down, in addition to live sports ending, online advertising is taking a hit, with websites being offered much lower rates.

The decline of both traffic and ad rates leads to a financial double whammy for sports websites, potentially dooming them unless they can drag up one of those metrics. The easiest one, of course, is traffic, but the audience for historical, personal, and evergreen content is still somewhat limited compared to fresh, relevant content.

Outlets that have “other” stuff to offer its readers are the ones that are also the ones best positioned to survive the pandemic and shutdown. One example is FanGraphs, which has experienced a startling traffic decline without baseball. The statistics website posted a call to arms at the end of March, urging readers to purchase an ad-free membership to help offset the loss of traffic. The site also sells merchandise and is accepting donations, and while the situation hasn’t been completely resolved, the website is in a better position than it was a month ago.

A similar example is Baseball Prospectus, which is paywalled and also sells a variety of publications. BP hasn’t had to lay anyone off or slash pay, despite the traffic declines. The Sports-Reference family of sites also offer ad-free memberships (along with a subscription fee for their popular Play Index tool, which founder Sean Forman discussed at the beginning of March), and haven’t been forced to make any drastic changes to their operation during the pandemic.

Looking at the sites that have had to make massive changes, they either have poor management or nothing to offer aside from ad-supported content. Vox Media furloughed 9% of its staff last week, hitting SB Nation very hard. Maven completed another slashing of SI’s staff at the end of March, and while SI does have many other ways to make money, their effect has been blunted by Maven’s management.

Outside of the digital sphere, Entercom laid off employees across the country, Gannett introduced mandatory furloughs nationwide, and DAZN furloughed its live event staff. DAZN collects subscription fees, but currently doesn’t have live content. Entercom and Gannett both draw a significant amount of advertising revenue (though Entercom’s is audio advertising on the radio), though Entercom doesn’t attract subscription fees like Gannett’s newspapers do.

If anything, the pandemic has shown the value of diversifying offerings. It reminds me a lot of the infamous “pivot to video” strategy from 2017, where a number of outlets (including, perhaps most notably, Fox Sports) shifted their focus from written content to video content, and tilted way too much in the direction of video. By making video the main content delivery platform and pushing everything else to the side, those outlets were up a creek without a paddle when it turned out all those video metrics were puffed up and not nearly as impressive as initially reported. Now, outlets relying so much on ad revenue are getting dumped in the deep end without a raft now that traffic and ad prices are both declining, and those without another way to generate revenue are going to struggle.

As the shutdown rolls on, those companies that are able to innovate, adapt, and create new revenue streams will be the ones that survive, thrive, and make their way through the time without live sports intact. The story may be different for those maintaining their current course without making adjustments. Those are the companies that simply may not make it, and their inability to innovate in a time of crisis will be a big reason why.