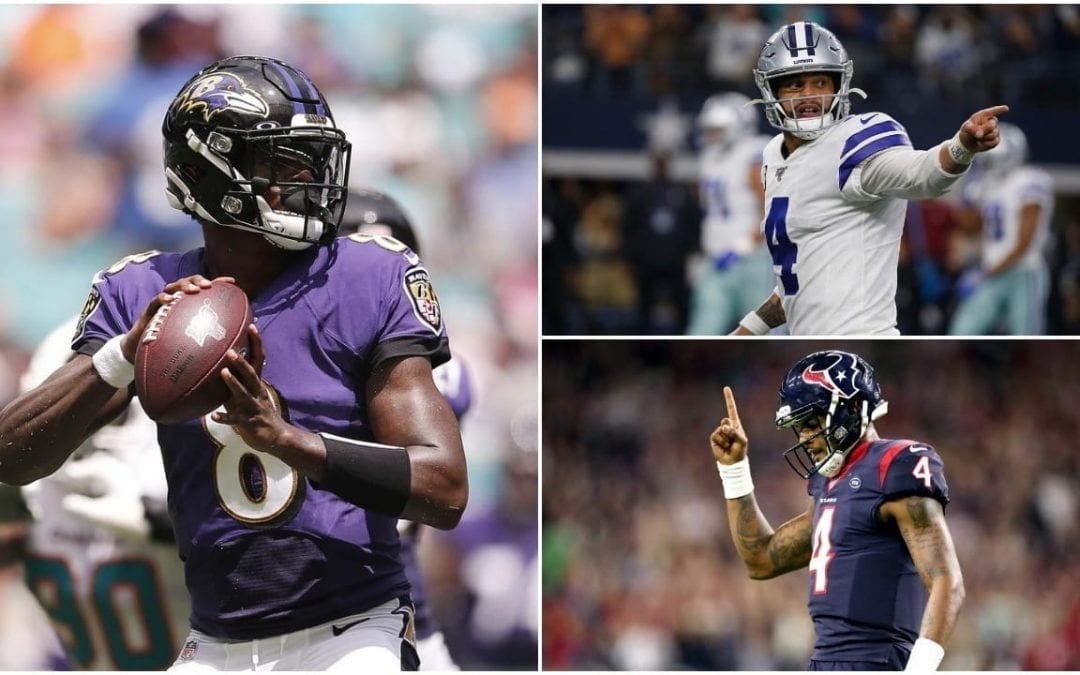 In the moments following the news that the Kansas City Chiefs had inked superstar signal-caller Patrick Mahomes to a massive 10-year extension, speculation ran wild over how the deal would impact the next wave of quarterback contracts. Though not currently eligible to sign a new deal, reigning MVP Lamar Jackson would appear to be one of the primary beneficiaries of Mahomes’ record-setting windfall.

Certainly, Mahomes’ deal will influence negotiations for any franchise quarterback for the foreseeable future. The pact marks a significant surge in compensation relative to the year-to-year growth in the salary cap. Until the Atlanta Falcons’ Matt Ryan and the Green Bay Packers’ Aaron Rodgers signed their current contracts in 2018, no player in league history had ever reached or surpassed $30 million in average annual value. Mahomes’ extension represents an increase of 50% or 34.3% on Ryan and Rodgers’ deals on a per-year basis, respectively. That boost massively outpaced the 11.9% growth of the salary cap over the same span. Accordingly, any agent with a primer quarterback will try to leverage Mahomes’ extension.

But Mahomes’ contract might break the precedent for quarterback rather than simply move the bar higher for compensation, something that could complicate the situation for Jackson and the Baltimore Ravens. For roughly a decade, teams have treated signal-callers differently at the negotiating table than other positions. A player like the New Orleans Saints’ Michael Thomas will come to terms on an agreement based on where his representatives and club executives feel he fits in the hierarchy of wide receivers. In that instance, Thomas agreed to a deal that averaged $19.5 million per year, slotting him in behind Julio Jones ($22 million) and Odell Beckham Jr. ($18 million).

However, the market for those labeled as franchise quarterbacks works differently. For those players, a new contract typically takes the reigning top deal and beats it by a small margin regardless of whether the QB signing it possesses superior skills or résumé. That dynamic led to Joe Flacco, Matthew Stafford, and Andrew Luck signing the then-biggest contracts in NFL history despite having just five Pro Bowl nods and zero first-team All-Pro selections between them.

If teams don’t deviate from that approach, it would mean multiple new deals averaging $40 million or more will come into existence before Jackson and the Ravens can even begin extension talks. Two test cases in particular will determine whether that happens: Dak Prescott and Deshaun Watson.

Prescott’s contract situation has played out at a snail’s pace for the better part of the last two years. His team, the Dallas Cowboys, decided against an early extension and instead have allowed his rookie contract to expire. Now under the franchise tag, Prescott’s leverage has increased significantly. While reports vary as to how far apart the club and player stand on compensation, Prescott already seemed likely to land a contract well into the $30 million range. Now, with Mahomes’ deal in the books, Prescott’s representatives will presumably look to push that number even higher.

But the Cowboys do have some cards to play. Because they can apply the franchise tag two more times, Prescott could remain off the open market until 2023. While he would earn a lot of money in the interim, he bears the full risk of injury or diminished play. That factor could convince him to sign a long-term deal now for an average salary well below that of Mahomes, breaking from precedent.

Watson’s upcoming negotiations will also help determine the direction of quarterback contracts. Like Mahomes, Watson came out of the 2017 draft class and has two years remaining on his rookie contract. The Houston Texans can wait to extend Watson for several years beyond that deal if they want to play the franchise-tag game.

Still, the longer the Texans take to sign Watson, the more he will presumably cost. Watson undoubtedly ranks as one of the premier quarterbacks in the NFL entering the 2020 season and appears to have his best football ahead of him. That could put him in position for Mahomes-like leverage in a short amount of time.

But while Watson could slow play his hand, he might feel compelled to sacrifice some earnings upside in the future for the security of a long-term deal now. Since the start of his college career, Watson has suffered two ACL tears, the most recent occurring midway through his first season in Houston. If Watson endures another significant injury, it could potentially derail everything he has built since arriving in Houston. That pressure could result in Watson signing a deal that, while likely closer in average value to Mahomes’ deal than what Prescott might sign, still doesn’t exceed it.

All of which will ultimately determine how Jackson’s negotiations will unfold. If both Prescott and Watson agree to deals that fall below Mahomes’ extension, the Ravens will have more leverage to keep Jackson from resetting the quarterback market. Baltimore general manager Eric DeCosta and his front office surely have already mapped out several scenarios for Jackson’s next contract, and the most favorable ones involve Prescott and Watson taking less than Mahomes.

Of course, if Jackson follows Mahomes’ path by winning a Super Bowl one season after securing the league’s MVP honors, then perhaps no existing precedent will matter. Still, unless and until that happens, his fortunes will largely depend on what transpires with Prescott and Watson.