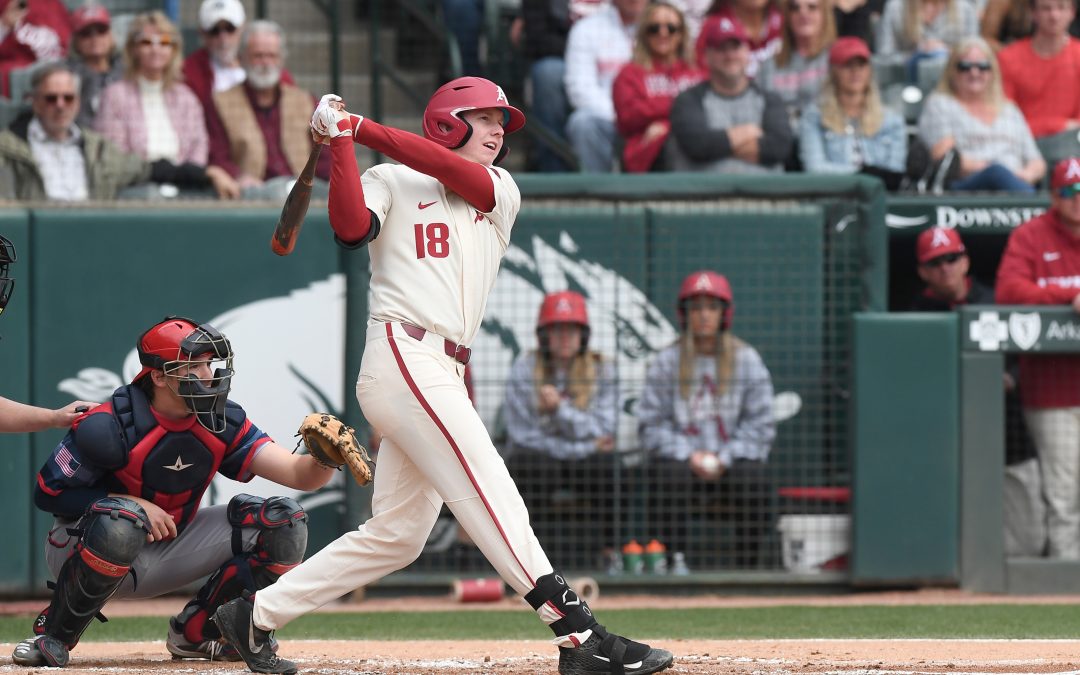 Westburg and Gunnar Henderson couldn’t have gotten off to better starts since being promoted to AAA Norfolk two weeks ago. It was exciting enough just to have them one step away from the majors and potentially going through some growing pains as they adjusted to the level. Instead Henderson picked up exactly where he left off hitting .300 with a 1.006 OPS with three doubles, two homeruns, a 24.1% walk rate, 16.7% strikeout rate, and 176 wRC+ over his first 54 plate appearances. As you can see above Westburg was even better. His wRC+ is 224 over his first 45 career AAA plate appearances and his strikeout rate is a career low 22.2%. His walk rate is only 6.7% but when you’re batting over .400 and slugging over .800 that is not much of a concern. Especially when he typically has a walk rate almost double that. Mike Elias couldn’t hide his excitement when asked about the duo over the weekend saying “Never like to get out ahead of myself with guys that are still in the Minors, but those two have a very good chance of locking down our infield, I think, for a while.” Since Henderson is still a week away from turning 21 I would be surprised to see him make his major league debut before September of this year but with Westburg being a 23 year old that played in the competitive SEC in college and able to play good defense all over the infield its not out of the realm of possibility that Orioles fans could see him on the major league team in the next month or so. He isn’t going to keep his current line up but he consistently hits the ball hard and is a competitive presence inside the clubhouse.

It feels so good to type Kjerstad’s name and numbers out based on actual professional games played. And the fact that he is off to such a great start is even sweeter. After missing the 2021 season due to complications with myocarditis he was finally fully healthy at early 2022 instructs into spring training but then pulled his hamstring delaying his professional debut even further. He was originally scheduled to open the season in the Florida Coast League but must have impressed enough during his rehab to be skipped right to full season ball. Yes, he is old for the competition and yes as the second overall pick in the 2020 draft his natural talent should be enough to perform very well in low A but to be in the shape he is and start as hot as he has after what he went through is thoroughly impressive. He is still being built up to play day in and day out mostly in the outfield with some DH games thrown in but I would not be surprised if he is in A+ Aberdeen by the time July rolls around. They are going to try and get him back on track as quickly as possible without having him bite off more than he can chew for his development. I think a solid two months or so of at bats with the Ironbirds the rest of the season would set him up nicely to start 2023 with AA Bowie at 24 years old. I think a 2024 major league debut is realistic as long as he stays healthy and performs the way his college profile indicated. His career is far from over despite losing some luster as a prospect.

The Aberdeen Ironbirds pitching staff is just taking turns getting their rightful respect from me in this column and this week just happens to be Van Loon’s turn. He was already going to be on this list before I ran out of time to write it last week and he responded by being part of a combined no-hitter for Aberdeen on Saturday night only walking two batters while striking out six over five innings. Daniel Lloyd, who was recently promoted from low A Delmarva followed him with three hitless innings of his own and Xavier Moore closed it out with a perfect ninth. Van Loon is a 23 year old 6’5’’ right hander who the Orioles drafted out of UC Irvine in the 16 round of the 2021 draft. For the season he is 7-0 with a 2.66 ERA over 44 innings with 55 strikeouts and 15 walks. A promotion to AA Bowie is surely in his near future but for the time being he is enjoying success despite a high BABIP (.346) thanks to limiting pitchers to just two homeruns on the season and only walking 8.2% of batters. His FIP is 3.09 and his xFIP is 3.67 so there doesn’t appear to be much luck involved. He joins Ignacio Feliz (3.35 ERA), Houston Roth (3.69), Justin Armbruester (4.02), Carlos Tavera (4.13), Connor Gillispie (2.65), and Jean Pinto (4.95) as starting pitcher prospects who should be able to transition into solid relievers at the very least over the next few years. This is a group of pitchers that can help fans see what the current player development team is able to do with pitchers (along with Ryan Watson, Noah Denoyer, and Brandon Young in AA and Carter Baumler in Delmarva) so they are worth tracking in that regard moving forward.

Watson is close to falling off the prospect radar entirely which is too bad considering he had a bit of a breakout season in 2021 hitting 21 homeruns and stealing 24 bases combined between A+ Aberdeen and AA Bowie with a .248 batting average and .762 OPS over 400 at bats between the two teams. Returning to AA this year he is batting .176 with a .526 OPS over 153 at bats with just two homeruns and two stolen bases. The only positive sign of his 2022 campaign is his 8.7% walk rate which is more than double the 4.1% walk rate he had with the Baysox last season. Unfortunately its combined with a 34.1% strikeout rate, the highest of his professional career, and a .098 ISO, the lowest of his professional career. You can’t even blame a low BABIP. .266 is a little below average but not by enough that it explains a .240-.250 hitter being below the Mendoza line. He is pulling the ball and hitting the ball on the ground more than he ever has. Unless he can recapture the magic he found last year relatively soon Watson is looking like the outfield version of a Cadyn Grenier or Mason McCoy, a very good defender who just doesn’t hit well enough to get a taste of the majors.

Bellony received a much deserved promotion from low A Delmarva after batting .256 with a .826 OPS over 188 plate appearances with 10 doubles, a triple, and six homeruns. His 133 wRC+ was impressive for a 20 year old who only started playing baseball at the age of 12. Even more impressive was a 16.5% walk rate that signifies an advanced approach. Unfortunately his first two weeks look a lot like Gunnar Henderson’s first two weeks at A+ Aberdeen and that is the only time being compared to Gunnar Henderson is a bad thing. Henderson started his Ironbirds career one for his first 31 at bats, Bellony is three for his first 32. He is still walking a decent bit (11.1%) and his first hit was a homerun he crushed to right field – his pull side. He struck out an already high 32.4% of the time with the Shorebirds and that has only increased to 41.7% since the promotion. There is a more steady diet of breaking balls in high A compared to low A so it just might take some time for him to feel comfortable again at the plate.

Watson’s rough two week stretch really just comes down to the longball. He gave up three homeruns over his last two starts but a 1.56 WHIP isn’t egregious for someone who gave up eight runs over nine innings and he still struck out 12 batters. His 3.93 ERA for the season falls right between his 4.34 FIP and 3.56 xFIP. He has been very consistent in his professional career with the Orioles after signing as an undrafted free agent following the five round 2020 MLB draft, striking out between 28-29% of batters while only walking between 5-6%. The only difference this year has been a 17.6% HR/FB ratio which is a number that pitchers can’t control and usually sits between 8-12%. He has seen increased velocity this season and has a bulldog mentality on the mound. He doesn’t let adversity cause him to spiral which is an important quality that a guy like Garrett Stallings seems to be lacking. Stallings could’ve easily been on this list yet again after giving up 17 hits, four homeruns, and three walks over his two starts covering six innings en route to a 21.00 ERA but I decided to take it easy on a guy that I’ve always defended.