Draft Targets for the Ravens on Day 2 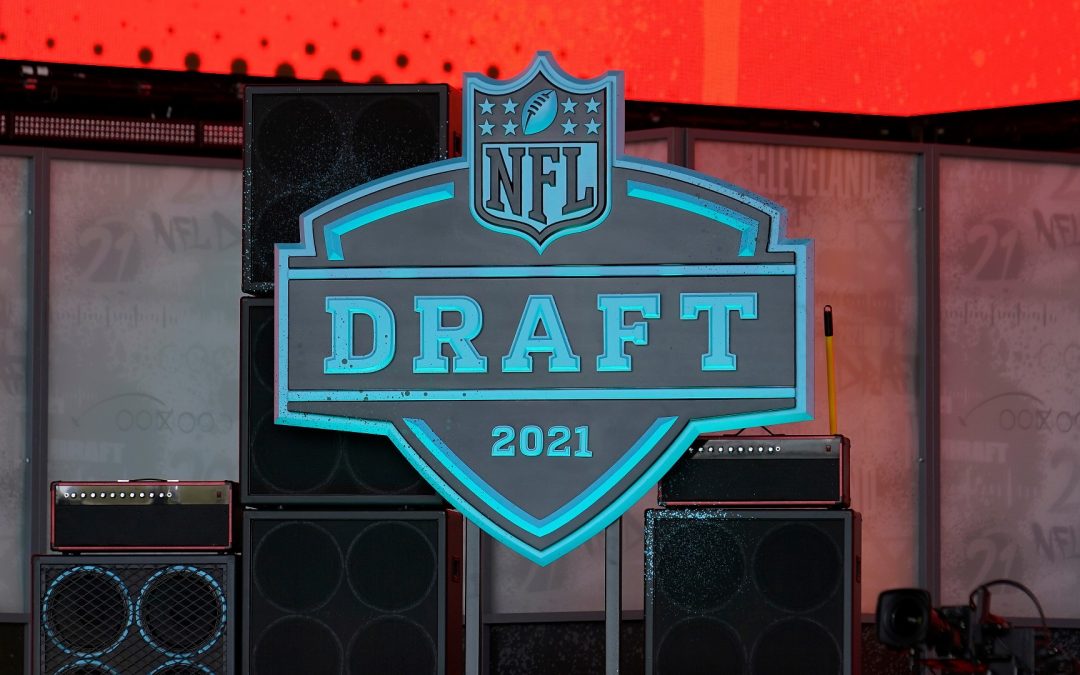 It was well over three hours into the night when the Ravens finally went on the clock. With two, late first round picks, the Ravens neither moved up, nor down, and addressed two needs by selecting wideout Rashod Bateman with the 27th pick, and edge rusher Jason Oweh with the 31st.

Discuss your thoughts on day 2 of the draft on our message board.

By addressing two needs, the Ravens options are wide open with their two picks tonight. Both also to come late in the show with a pair of late third round picks at their disposal. Pick #94 which they acquired from the Chiefs in the Orlando Brown trade, and a compensatory pick, #104, for Houston’s signing of Ravens WR coach, David Culley to be their head coach.

I would think the team would like to address offensive line sooner rather than later. As it stands now, the O-line goes:

Phillips was disappointing in his rookie year, and not a pick I was a fan of last year at all. Rumblings are that the Ravens plan on signing Alejandro Villanueva to play right tackle, after the draft where he won’t cost the Ravens a compensatory pick. Bozeman could slide inside to center if they find a better guard in the draft. Villanueva is yet to be seen how he’ll fit in here, and for how long if he actually signs.

I still think a versatile lineman who can play center and guard, or even kick out to tackle is a need for a team that loves to run the ball.

The top guys on the interior of the line, Landon Dickerson (Alabama) and Creed Humphrey (Ok. St.) will likely go early. But I’d be curious how far Quinn Meinerz falls. Meinerz is a center/guard from D-III Wisconsin-Whitewater. He dominated in the Senior Bowl against top D-I talent, and the Ravens aren’t afraid to pick small school guys. Brandon Williams went to Missouri Southern State. Matt Judon from Grand Valley State. Division II schools. Is D-III too far down?

Another Guard that stands out is Ben Cleveland (Georgia). Looks to me like if Calais Campbell played O-line. He’s 6’6” 343, but not a fat body. Really excels in run blocking but needs more mobility in pass blocking. Unfortunately, when you get down to the third round of the draft and further, the flaws are more glaring. Not nitpicked like “small hands”, “tight ankles”, “narrow hips”. It’s more like “bad pass blocker”.

A couple of Stanford guys could be available, staring with center, Drew Dalman. His run blocking and zone scheme fit are elite. But his pass blocking leaves a lot to be desired. Can the Ravens get away with that given the mobility of Lamar Jackson? The other is tackle, Walker Little. No telling how far he will fall. If he played more, he is on the board with the top tackles in the draft. But he has only played one game since 2018. Injured in the first game of 2019 and opting out in 2020.

Sticking on offense, a pass catching TE could be a need depending on if the Ravens think they will be able to extend Mark Andrews who is in the final year of his contract.

Hunter Long (Boston College) fits the mold of a pass catching tight end, but blocking isn’t his strong suit. BC’s offense ran through him as he saw 17 targets in one game and wins a decent number of contested catches. Has speed in the open field for a guy 6’5”, 253. He’s actually the only tight end left that I like.

On defense, I won’t be surprised if the Ravens draft some beef on the defensive line. Calais Campbell and Brandon Williams are both free agents to be in 2022.

Marvin Wilson (Florida State) is intriguing. He was the country’s top defensive tackle prospect in 2017. He played really well his first two years as a Seminole and was looking at a low round one, high round two draft spot if he came out in 2020. He stayed in college and something happened that really took his dominance down a notch. After six games he was done for the season with an undisclosed leg injury. Was it something that bothered him all year? Is he someone that when healthy can be a first-round talent that can now be had in round three?

Tyler Shelvin (LSU) is another name to keep an eye on tonight. He’s 6’2”, 350. Lance Zierlein of NFL.com compares Shelvin to Michael Pierce. Shelvin is a space eating nose tackle like Pierce, and like Brandon Williams. He opted out of 2020. But will his weight be an issue. He came out of high school at 376 pounds. The team suspended him for not keeping his weight under control when he reached 390 pounds at one point. He only played one season between the weight issues and opting out. Teams will surely ask about his weight, but how heavy he shows up to camps and workouts might be anyone’s best guess.

Secondary help could become a need for 2022 with Marcus Peters and Tavon Young being two guys who could save the Ravens considerable cap space if they are traded or released. Not to mention Jimmy Smith is on the one-year at a time plan at age 33. Safety could get thin with DeShon Elliott playing out the last year of his rookie deal in 2021.

Jevon Holland (Oregon) might be longshot to make it to the end of round three. But he played both corner and safety for the Ducks and excelled in both. Like that he is 6’1” as well.

Ifeatu Melifowu (Syracuse) has measurables that are noteworthy at 6’2”, 205., but also a 42-inch vertical and an 11’1” broad jump means he’s got ups, and explosion. But it hasn’t translated to disrupting the passing game, allowing 66.6% completion rate when targeted. Jayson Oweh is a guy who the athleticism doesn’t match the production and the Ravens had no problem taking a first-round pick on him. Will the do the same in the third and hope to develop someone?

Rounds two and three of the draft commence tonight at 7:00pm.