Is Dylan Bundy Another Who Got Away? And Other MLB Notes 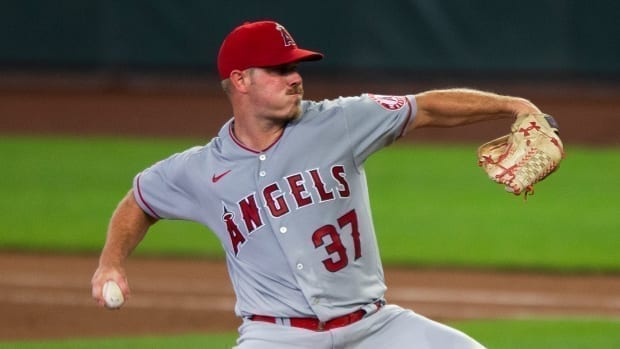 In one of our recent conversations over on The Warehouse (subscribe and listen on your favorite podcast app!), Chris and Matt started talking about Dylan Bundy and the amazing start he has had this season with the Los Angeles Angels of Anaheim.

Chris drew what seemed to be a still-painful comparison to Jake Arrieta, the former Oriole who went on to stardom with the Chicago Cubs and still remains a solid contributor in Philadelphia. He wasn’t saying they were the same pitcher or that it was the same situation, he merely lamented the possibility that Bundy’s struggles last year may have been in part due to a slow adjustment on the part of the O’s staff, as well as Bundy himself. And so here O’s fans are having to watch what could be Bundy’s long-awaited blossoming from across the country.

It was an interesting point, and after I saw this FanGraphs article outlining some of the differences in Bundy’s game this season, got me to thinking – what if Chris is right? What if the O’s were lax in trying to make the most of Bundy’s changing skillset? Not being in the clubhouse myself, that’s an impossible question to answer. But it did make me want to take a look at last season. So I did.

And what I found out was that Bundy did make adjustments to his game last season. The changes just weren’t as drastic as what we’re seeing in the early stages of 2020. It was more of a measured approach, like they were slowly searching for buried treasure, but never quite found it.

Bundy started the season going heavy with the four-seam fastball as usual. He also threw a fair amount of sliders and some changeups, too. And not much else. Then he bumped up the change quite a bit, and the slider a little bit in April and May.

His best month of the season was May, when he had a 2.64 ERA, 0.987 WHIP and held opponents to a .617 OPS. Then, as you can see in the chart, nothing changed too much for a couple months. But Bundy’s mid-summer was rough, and so there were further tweaks in August and September. He added in a lot more sinkers and curves, at further expense of the four-seamer. The results weren’t electric, but showed promise, as he sported an ERA around 4 and an opponent OPS around .700 over those last two months.

The Angels must have seen something over those last two months, because they took that and then went extreme with it.

As you can see, he’s throwing fewer sinkers and four-seams and a lot more changes and sliders — almost as many sliders and four-seams, in fact. The results have been stunning, with Bundy sporting a 1.57 ERA, 2.22 FIP, 0.682 WHIP, 11.67 K/BB ratio and several other gaudy numbers.

It’s only four starts and hitters will adjust to the kitchen sink approach. But so far it looks like the O’s may have led the Angels to the treasure, then handed them the shovel and walked away.

HOW TO GET ANY HITTER OUT

The Dodgers and Angels had a fun matchup on Saturday night and it came right down to the wire. It was the 10th inning, with two outs and the Dodgers nursing a one-run lead. Kenley Jansen on the mound, runner on second base and Mike Trout at the plate.

As a baseball fan, these are the moments I love. I don’t even care who wins the matchup. I just want to see what happens.

This is what happened:

This is how you can get any hitter out – even Mike Trout. You don’t have to throw 112 mph and you don’t even have to have more than one pitch (though both help). If you can locate like this, you’re going to win these matchups a lot more than you lose them.

Enjoy that one, Kenley.

I’ve written before about how this season is going to be a challenge no matter what teams and players do to be safe. The effectiveness of any safety measures are going to be mitigated by the fact we’ve done such a poor job with it as a country. It just makes the chance of someone getting unlucky that much more likely.

And so we’ve now had another team miss games because of a positive test. That team would be the Cincinnati Reds, who had an unnamed player get COVID-19, forcing the remaining two games of their series with Pittsburgh to be canceled.

It’s going to continue to be like this throughout the season, and the championship race could very well come down to who stays the healthiest. I guess that’s why it baffles me that mask-wearing seems to be so inconsistent among players at the plate, on the basepaths and in the dugout.

It’s not that hard, people. Seriously.

THE CASE FOR GIBSON

Another topic we have discussed on The Warehouse this year is the topic of the MVP trophies, and what to do with the name on them.

That name would be Kenesaw Mountain Landis, MLB’s first commissioner and a man who was against integration. There is a growing movement to remove his name from the MVP trophies, with Frank Robinson being among the names prominently discussed.

Another great option to consider is Josh Gibson, a legendary slugger who was the second Negro Leagues player (behind Satchel Paige) to be inducted into the Hall of Fame.

Making a strong case for Gibson over at The Undefeated is Sean Gibson, Josh Gibson’s great-grandson. Sean Gibson really unpacks it, diving into the issues of the day and imagining what it would have been like for the sport if Gibson had been able to play against white greats like Babe Ruth and Lou Gehrig, Ted Williams and Joe DiMaggio.

“Wouldn’t it be fitting for Gibson’s name to be on the trophy? He likely would have been a multiyear MVP awardee in the majors during Landis’ tenure if the award had existed, and if Black players were given an opportunity to play in the majors. In fact, it would be more than fitting, it would be poetic justice.”

This article is well worth your time for the perspective, the history and to learn a little about Josh Gibson. Go check it out.