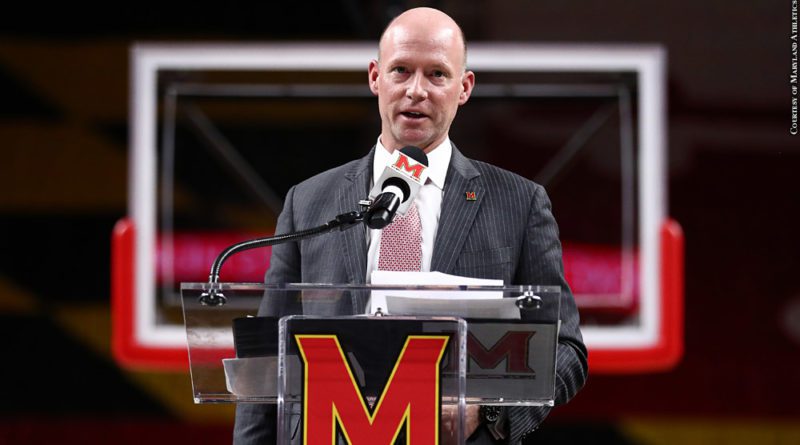 It has been a little less than 2 weeks since Maryland named Kevin Willard as the next head coach of its men’s basketball team, and now the breadcrumbs of his recruiting trail are beginning to appear.

With six open scholarships currently and needs at pretty much every position, Willard and his staff are going to be able to cast a wide net for their inaugural class. Whether it’s through the transfer portal or an incoming freshman, point guard will likely be the main priority for the Terps. Now that Qudus Wahab has entered the transfer portal, Maryland is also in desperate need of a big man. And, as always, there’s a huge need in College Park for shooters.

Willard and his assistants have wasted no time starting to build their 2022 recruiting class. We’re currently in the recruiting dead period and things will heat up more when we hit the next live period of April 15, but let’s take a look at how things are shaping up as we approach that date.

Don’t look now, but Maryland is on the finalists list for a five-star point guard who recently decommitted from Kentucky. Clark received his release from Kentucky on March 6, and just the other day he narrowed down his re-opened search to Illinois, Louisville, Maryland, Tennessee, USC and Washington. Willard and newly added assistant Tony Skinn were down in Florida recently to visit Clark at Montverde, but Illinois is the only school to take an in-home visit with the five-star so far and it appears the Illini currently have the inside track.

Ward is a stud who can be found as high as a five-star prospect at Rivals.com. Maryland is expected to make a strong push for him but there will be plenty of competition. Ward is said to be linked to Xavier director of recruiting, Jordan Brooks, so the outcome of his recruitment could depend on where Brooks is coaching next year. If Willard wants to start his first class with a local, blue-chip prospect, adding Brooks to his staff would help, but that ship has likely already sailed. Rumors are Brooks could be joining Patrick Ewing’s staff at Georgetown, where assistant Kevin Nickelberry also just landed. Nickelberry also has a close relationship to Ward and recruited him while at LSU. Ward could also be intrigued by Virginia Tech, where his former DeMatha coach Mike Jones resides.

Another local product, Lindsay has long had interest in Maryland and he recently decommitted from South Carolina right around the time the Terps hired Willard. Lindsay is a composite three-star, who is as high as a four-star at Rivals.com. Willard and his staff will likely have a good shot here at this combo guard who was first team All-BCL last year.

Batchelor had an offer from the previous regime but Willard officially let him know that the offer still stands the other day. The 6-foot-7 Ellicott City native went away for high school ball and has expressed a desire to come back home for college. He is very likely to commit to the Terps and could be the first 2022 pledge of the Willard era. The Terps appear to be in the driver’s seat, but Pittsburgh and Michigan are also in pursuit.

One of the first offers to go out in the Willard era, Thiero fits the mold of a late bloomer but makes for an intriguing prospect. His recruitment is starting to blow up with Kentucky and Maryland recently hopping on board with offers and Pittsburgh, Indiana, Cincinnati, Marquette, Ohio State, and West Virginia also in pursuit. At 6-foot-5, he’s a big, athletic guard with a 7-foot wingspan who can score at various levels. Thiero led his high school team to a 27-1 record this season and an appearance in the state championship game.

Allen is a five-star point guard who decommitted from LSU. Maryland has recently been in touch. This will be a tough pull, but it would be a huge building block for the 2023 class.

Harris already had offers from Duke, George Mason, and Georgetown, but he just added Maryland to that list on Monday. He’s 6-foot-6 and can shoot. Would be a great pickup.

Queen is going to have his pick of the litter when his recruitment is all said and done, but Maryland is getting in on the action early. The Terps offered the Baltimore native March 24 and will hope to make Queen the big man of the future in College Park.

Cummings and his brother, Nelly, a grad transfer from Colgate, were expected to visit Maryland this week and could receive offers any day now. A 6-foot-3 combo guard, Cummings has an offer from South Carolina and is also receiving interest from Oregon, Penn State, and Pittsburgh. Putting the full press on and landing Nelly could go a long way in landing this promising prospect as well.

The transfer portal is gaining names by the day and it, too, will be a lifeblood of Maryland’s rebuild with Willard. Here are some names to monitor:

As discussed above, Cummings is related to another Terps target and was set to visit College Park with his brother this week. He’s expected to be one of the hottest names in the transfer portal this offseason after averaging 14.7 points, 3.0 rebounds, and 3.2 assists for Colgate this season. Besides Maryland, he’s already hearing from the likes of Pittsburgh, Arkansas, Clemson, Florida, Georgia Tech, Stanford, Vandy and more.

Maryland is one of many schools to reach out to this WAC Player of the Year and Defensive Player of the Year. He’s one of the hottest transfer commodities on the market and could eventually enter the NBA Draft this offseason.

Maryland also reached out to Sessoms, who is a Philly native that started his career at Binghamton before playing the last two years at Penn State. He was the Nittany Lions first guard off the bench this season and averaged 11.6 points, 3.6 rebounds, and 2.6 assists.

Lander’s teammate started his career at Pitt and eventually ended up with the Hoosiers where he had a limited role. He’s known as a three-point specialist and has made nearly 200 threes in his three-year college career.

Murray is very likely to follow Nickelberry to Georgetown, but Maryland is expected to go all-in here. Other schools are also likely to get involved but this could come down to a DMV battle.

Right in their own backyard, the Terps could get some shooting help from Spencer, who averaged 18.9 points, 4.8 rebounds, and 3.2 assists per game this season. Maryland, Northwestern, Boise State, Arizona State, Loyola-Chicago, Clemson, Mississippi and Georgia have all reached out so far.

The former DeMatha star has struggled to find his footing at the college level. First at Miami and then last year at Memphis. He was recruited by Skinn at Seton Hall, which made his finalists list. Only thing here is that he’d have to sit next year, so he’s not high on the priority list.

Cousinard led the Gamecocks in scoring last season with 12.1 points per game and made the All-SEC freshman team two years prior. He’s someone the Terps have reached out to and who could help right away.

Diggins had a Seton Hall offer and visited the Pirates before committing to UConn. The former four-star hasn’t been connected to Maryland yet, but that could change at any moment because it makes sense.