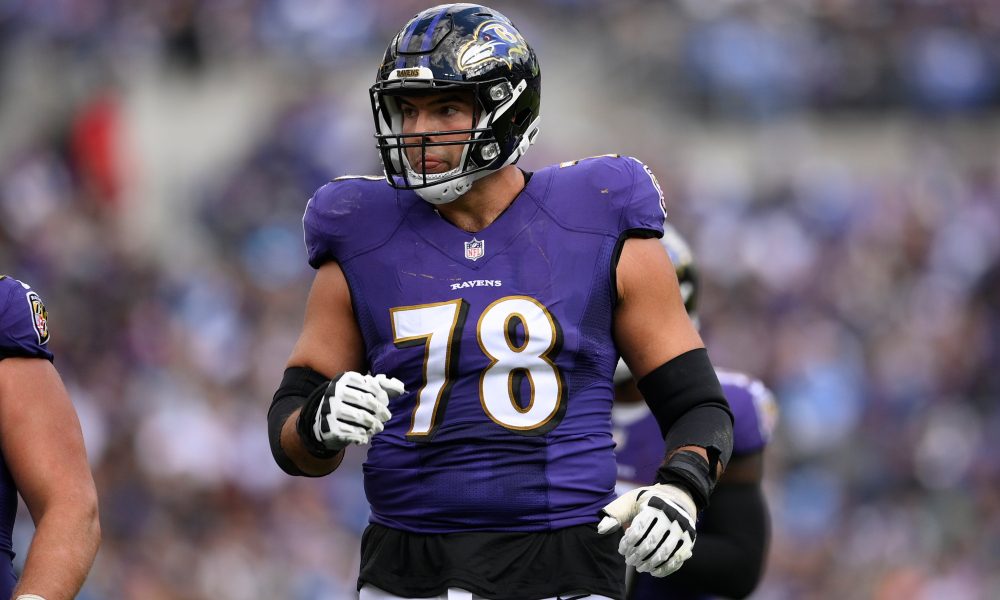 With the 2021 season in the books, all attention shifts to 2022. Over the years, Ravens fans have always looked forward to the off-season mainly because the Ravens front office is one of the best in the NFL at making shrewd decisions. Whether its trading Joe Flacco for a fourth-round pick, or trading a fifth-round pick for players like Marcus Peters and Calais Campbell, the front office always has a knack at getting creative this time of year. This article, however, will focus on the cap situation and what can be done to increase it. The Ravens currently have $8,768,345 in available cap space, which ranks 19th in the NFL. But by releasing a few players, they can easily create over 20 million in cap space. Below I will outline the three players who I think will be cap casualties to create the necessary room to go after (hopefully) a stud free agent.

This move I think is inevitable. The Ravens can create 6 million dollars in cap space by cutting the former Steeler. Villanueva was signed to a two-year deal worth 21 million dollars last off-season. The signing made sense at the time because the Ravens were expected to get All-Pro, Ronnie Stanley back from injury, and they just dealt Orlando Brown to the Chiefs. So, the team clearly needed another capable Tackle. Villanueva ended up being the team’s left tackle all season due to Stanley missing the entire season. But the results were not what Ravens fans hoped for. Villanueva allowed 55 pressures (4th most amongst tackles) and 9 sacks. Both figures were the worst marks of Villanueva’s career. He also had a PFF grade of 65, which is his second worst of his career. With that performance, I highly doubt the front office will want to pay the 9-million-dollar salary that will be owed to him next season. Look for the Ravens to cut ties with Villanueva and look to upgrade the position in the NFL draft.

This is yet another move I suspect will be easy for the front office to make. Cutting Young would create nearly $6 million in additional cap space. Tavon Young had a bounce back year after his season was cut short in 2020 due to injury. The former Temple Owl has essentially missed 3 full NFL seasons dating back to 2016. After grading out as one of the best rookies in 2016 (76.3 grade), Tavon Young simply could not remain healthy during his next few seasons. After missing the entire 2017 and 2019 seasons, Young’s 2020 season was cut short to only 39 total snaps before yet again sustaining a season ending injury. His 2021 campaign was his healthiest season since 2018, but he did not perform to expectations. He finished with a PFF grade of 60.3 and allowed a reception on 72% of his targets (worst of his career), he also allowed 4 touchdowns and only snagged one interception. Albeit the lone interception was against Mahomes and the Chiefs in week 2 which helped the Ravens come out victorious. It’ll be tough to keep Tavon at his current figure. Unless the Ravens and Young can work out a restructure, he will be another cap casualty.

Moving on from Ferguson seems inevitable at this point. Though it would only save the team a little less than a million dollars in cap space, every bit of money counts. To put this in perspective, the Ravens brought Justin Houston in last season on a one-year deal worth a little over 1 million, and got great production. Ferguson simply has shown nothing since he got drafted to warrant the Ravens retaining his services. In 3 seasons, he has 4 sacks and 47 pressures on 934 career snaps. This past season was the final nail in the coffin for Ferguson. Not being able to get on the field after McPhee essentially missed the whole season, and not being able to compete with veteran, Justin Houston, was a bad sign for the former third-round pick. He had his worst PFF grade (47.1) of his career and was pretty much a non-factor all year. With McPhee and Houston as unrestricted free agents, and by cutting Ferguson, look for the Ravens to attack the edge position hard in both free agency and the draft.

Cutting all three of these players would create $21,578,345 in cap space. Enough for a few key additions to a banged up secondary and offensive line. DeCosta likes to leverage his allocation of draft picks to go after veterans on expiring contracts. If history has taught us anything, do not expect the Ravens to sign any major big money free agents, but they always know how to fill important roster spots (Last year, Kevin Zeitler) and always look to build their team in the NFL Draft. Free agency is a few weeks away and Ravens fans are clamoring for a player like Tyrann Mathieu, which I can see happening. The Ravens have been lacking a big play safety for a while now and with Deshon Elliot being an unrestricted free agent, this move would make sense. Another move that could seem likely if he is released, is Za’Darius Smith. The Packers are 53 million dollars over the cap and releasing Smith would create 15 million in cap space. Smith, who was drafted by the Ravens has been a force since joining the Packers. Smith is 1 of only 3 NFL players with a 12-plus sack season in 2019 and 2020, the other two are Aaron Donald and TJ Watt. Fans would certainly love to have Smith back to pair with Tyus Bowser and Odafe Oweh. The 2022 season will be here before we know it, and free agency is the first step towards hopefully a healthier and much more enjoyable season for Ravens fans.