What To Expect From The Titans Defense 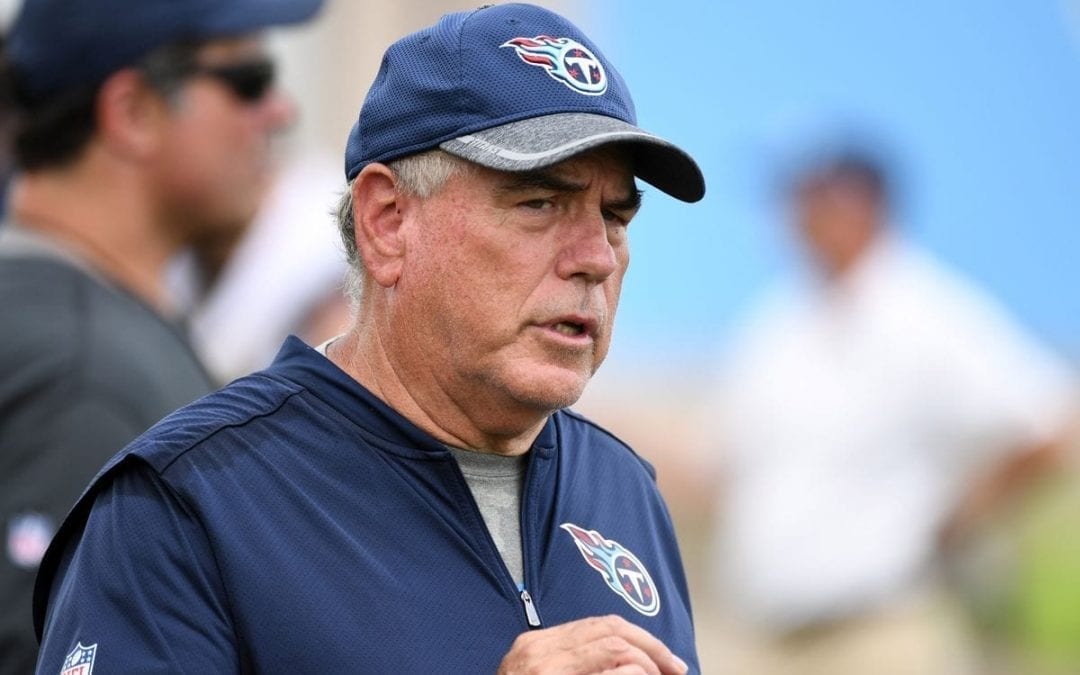 So I took a look at the three games that the Titans played against more mobile QBs. That was Mahomes, Watson, and Allen.

First and foremost, blitzing is limited, they don’t blitz a lot BUT they show blitz a lot. They often have 5 or 6 at the LOS but will only blitz some of those. And they do pretty creative stuff when they do. Blitzes usually come from surprising or odd angles. I’d expect to see the Titans do some creative stuff at the LOS, have a lot of guys lined up and drop them in coverage. Even in the Pats game, they had a play where they didn’t rush anyone. The Titans will trade creative rushing packages in fewer numbers for blitz pressure. The stunt ultimatley flushed Allen to the right, it’s unlikely to get a sack, as the defender is running a long way. But it keeps the QBs eyes on the LOS and not down field. And you give the Wide 9 defender against the RT a good chance to win and pair a QB sneak behind it.

Another piece I’ll add to this look is that the Titans like to let one guy usually try and win up the field rushing the passer. By that I mean, some pass rushers try to go high on Lamar. I’m really interested to see if this is still the same pattern we see in this game. Lamar can make teams look silly doing this. The intent is to try and push the QB out of the pocket and then towards your other protection. Essentially you trade the OLB (or get a win if the QB drops too deep) to flush the QB. But how many times have we seen Lamar step up and beat this look. I’d think the Ravens are going to look for something like that and have plays to attack behind the heavier stacked looks you see in the play both before and after this.

The Titans really like to go back to Single High Safety with a QB Spy or man in a hook zone in the middle of the field. This is a pretty standard coverage for man assignments, but the Titans go back to it enough that teams seek it out and attack it. My guess is that this is the base we’re going to see a fair amount of below. We’ll see a single deep guy (blue), we’ll see man coverage underneath and then two guys will be in a spy or hook zone (orange) style defense.

Here are a couple of plays from the Houston – Ravens game where the Ravens attack that very same single high look (I prepped for Houston all week, so you get Houston images). In this first play, the Ravens run two plays here that I think would attack the Titans well, specifically out of 1-3-1 personnel (one RB, three TEs, on WR).

One thing I love about this play, the Ravens knew what they had they knew they had matched up in single high and they run a double post play. This was just the 4th play in the Houston game where they didn’t motion someone before the snap of 22 plays. They don’t even bother to run play action! This is really rare btw, the Ravens rarely don’t have motion or don’t have play action, if you see that, I’d expect a big play. It’s worth nothing here, that even if they did rotate into a Cover 2, Roberts is going to split the Safeties in the middle. If the Ravens have two receivers to one side to the far hash, look for a double post type play if the Titans are in single high.

The other is run out of the pistol against another single high look. It’s an amazing combination of things from the Ravens. Andrews motions, out of trips and at the snap Hurst follows with a wham block to the weak side. This takes a safety and a LB away from the play. The guy playing the dive goes right, so Skura is tied up but Bozeman will run free. You can already see developing the play is going to have a lot of space in the middle. Literally all the leverage on this play is chasing the two TEs to the right and the RB all the way to the left. The middle is squishy, especially if Bozeman pushes to the second level.

Ingram reads it wrong, but what stops the extra man in the box is the motion and misdirection. The misdirection wham block following the motion is a really tough combo to follow if you’re a defender. If that defender doesn’t follow Andrews, Lamar is going to pull it down, outrun the end guy and a free blocker in Andrews. I think we’re going to see a play like this with the emphasis to split the defense up the middle. It could even be a QB keeper with Lamar attacking the middle with the RB splitting out wide there.

So what’s the Titans response? The Titans like to try and hide what their doing on the very back end. Looking at the presnap, this is a single high press man look. But ultimately, they rotate out of it to a Cover 2. The Titans do this a lot, they’ll do the reverse where they start in Cover 2 and end up in Single High or Cover 3. The deception often comes at the very back end with really creative stunts and rushes underneath to try and occupy the QB’s attention.

And they don’t only roll their coverages out of Single High Cover 3, they’ll also rotate Cover 2 to Cover 2. These types of shifts can catch an offense on their tows and allows them to not tip their hand even against scripted plays to get a sense of what they are going to do. Below is a rotational Cover 2 to Cover 2 play. Expect to see the Titans to do this a lot, they did so not just against the running QBs but Brady as well in the Pats game.

So how do you attack plays like this? Here is an example where they show Single High Man and they are immediately rotating to a Cover 2. So the SS is rotating to drop back into the Cover 2 and the Single High rotates to the right to cover the other deep half. This play turns into a 45 yard gain for Buffalo but it’s a jet sweep action with a touch pass from Allen. The safety is forced on his heels on this play.

The Titans start in base single high look and rotate from there, these are just a few of the spots where I see the Ravens attacking the both the single high and the rotations. I think the Ravens are going to have some huge plays early. I think we’ll see a couple early play action shots right away and if those don’t hit going to Hurst and Andrews in a heavy dosage shortly after that.