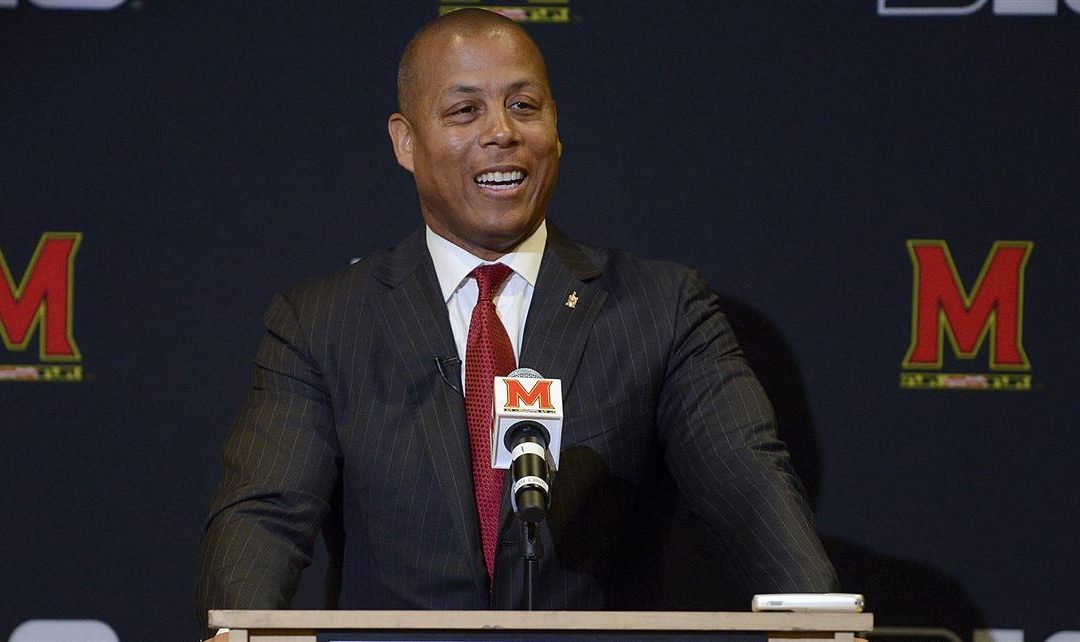 Maryland basketball is reeling right now. After starting the season 5-3 with a handful of disappointing losses, the Terps decided to part ways with their head coach of the last 10 years, Mark Turgeon. With interim head coach Danny Manning now at the helm, Maryland came up short in its first game without Turgeon, dropping its Big Ten opener, 67-61, against Northwestern on Sunday.

While the season that once had high hopes is starting to become a lost cause, the attention in College Park shifts toward finding Turgeon’s replacement. While Manning will likely finish out the season as the Terps’ head coach and could receive some consideration for the vacancy if he does well, it’s a small chance and the most likely scenario is that Maryland starts fresh with a new face next year.

Whoever takes over as the next Maryland basketball coach will be walking into a complete rebuild situation. As of now, there won’t be a single point guard on the roster in 2022 and the Terps only have one commit to their 2022 recruiting class who was wooed mostly by Turgeon, so that might not even stick. Freshman James Graham has already entered the transfer portal and more could follow. With that being said, even a homerun hire could need some time to turn things around.

Even so, many in college basketball circles see Maryland as a premier job.

Let’s take a look at some of the potential head coach candidates that Maryland could hire to fill the role.

This is a name that will pop up on many coaching candidate lists, not only for Maryland, but also any other coaching vacancy across the country. Willard has done well at Seton Hall and should be ready for a jump into a Power Five conference. In 12 seasons at Seton Hall, he has made the NCAA Tournament five times (if you include what would have been a tournament berth in the pandemic-abbreviated 2020 season). He is off to a 7-1 record so far this year and my sources tell me he’d be very interested if offered the Maryland job.

Miller just took the job at Cincinnati, but he’s a young, energetic rising star in the coaching ranks that would be a good hire to build around. Miller is also tied to two assistants that could join him if he were to be hired in College Park — Duane Simpkins and Mike Roberts. Both have Big Ten recruiting ties and Simpkins is a DMV native and DeMatha grad.

Pegues is currently an assistant at Louisville, which Maryland just lost to. Pegues has coached under Shaka Smart and Chris Mack. He is also a DeMatha grad and a rising star in the college basketball coaching ranks. Would be worth a flier if Maryland strikes out on or can’t afford any other options that are more proven.

Many have been expecting Cooley to make the jump to a Power Five program for years. He has recruited the DMV well while at Providence and would be an interesting hire. One of the few more established candidates that Maryland should be able to afford.

Recent history hasn’t been so kind to Brey, but that could make him a more gettable candidate for Maryland. Although Brey’s Notre Dame teams haven’t been great the past couple of years, he has a proven track record of success in the past and strong DMV ties. He is also a DeMatha product.

A Maryland MBA grad with East Coast roots, Enfield finds himself on the West Coast manning a major program. He’s been having solid success at USC so there may be little motivation to change here, unless he’s really itching to get back East — which could be a thing. This would likely be an expensive option though and if USC wanted to get in a bidding war to keep their coach then that would likely lower Maryland’s chances of landing him.

Long tied to Maryland basketball coaching, Miller is a name that always pops up on Turgeon replacement lists. Yes, there is baggage here, but with the new NIL rules, Miller’s past recruiting violations shouldn’t be as much of an issue. He’s an East Coast guy who has always recruited the DMV ruthlessly. Currently unemployed, I’m not sure how much Miller would cost, but it could be too rich for Maryland since the Terps are in a bit of financial turmoil.

This is a bit of a dark horse candidate because it hinges solely on Matta’s desire to get back to coaching. He is currently the Associate Athletic Director at Indiana after stepping away from head coaching due to health concerns. But if Matta feels up to getting back to coaching, Maryland would be a strong landing spot for him given his Big Ten background.

I’m not saying Maryland would hire both, but it could certainly look at both for the head coaching job. Rick would be the bigger higher as he is currently working his way back into high-level college basketball coaching with success at Iona. Rick always recruited the DMV well and is one of the best basketball minds in college basketball history. He’ll be a competitive name to go after though. Richard would be an easy hire, but an uninspiring one. Could be someone the Terps look at if they strike out elsewhere.

Not a name really being thrown around much because he hasn’t had much recent coaching success, but Crean has ties to the DMV, is the brother-in-law of John Harbaugh (not that really means anything but it’s interesting), and rumor has it that he’s not happy at Georgia — where’s Maryland’s AD Damon Evans used to reside. Wouldn’t be the most inspiring hire, but he is someone with experience who would likely take the job.

Other names being thrown around…

Would be great, but likely too expensive…