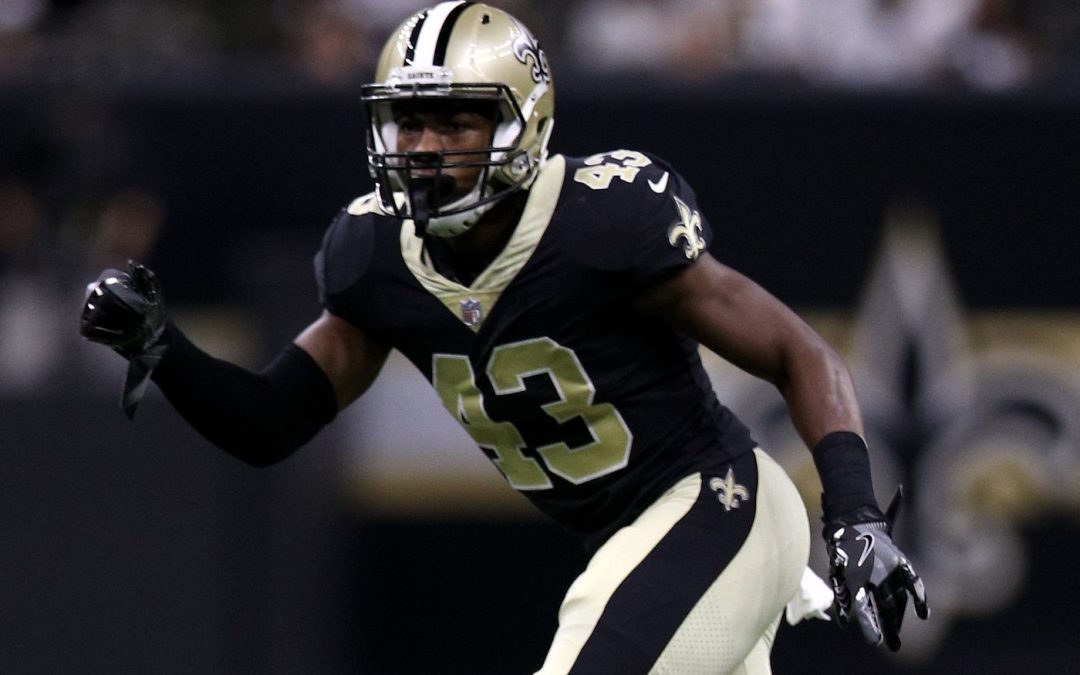 The first week of free agency is in the books and the Baltimore Ravens were uncharacteristically very active in the first few days. They have been linked all off-season to Tyran Mathieu. Ravens twitter has been courting the Pro Bowl safety for months. He has even participated in the recruitment by “liking” tweets linking him to the Ravens. But instead, the Ravens signed what I believed to be the better safety, Marcus Williams. Williams was the first major signing and most fans were thrilled with it. The Ravens then followed that up by signing right tackle, Morgan Moses to a three-year deal and then finally capping the first week off by signing former Raven, Michael Pierce. Below I will highlight each addition using some advanced stats from Pro Football Focus (PFF) and assign a letter grade relative to the contract and fit with the team.

The Ravens have needed a true free safety for a few years now. Chuck Clark and Deshon Elliot are both fine safeties but both prefer to play in the box. Williams is as true of a free safety as it gets in the NFL. He has lined up as a true free safety 800 or more times since being drafted as a rookie in 2017, while only lining up in the box less than 125 snaps in each season. Williams is as elite of a free safety as it gets in the NFL. He has 16 interceptions since joining the league in 2017 which is one of the highest marks in the NFL. Not only does he intercept the ball at a high rate, he is rarely out of coverage. He has possessed a top 10 coverage grade in 3 out of his 5 seasons, 2 of which were in the top 5 with coverage grades of 89. His only “down” year was his sophomore year in which he had a coverage grade of 66, which still isn’t considered awful by PFF grading standards. There is no doubt the Ravens have been needing to create more turnovers from their safeties but also the number of blown coverages last year were painful to watch. Now Chuck Clark can assume his role as a true box safety while Williams takes care of the back end. It’ll allow to Ravens to be more creative on defense while also letting Williams roam and create interceptions.

The need for a safety was obvious and the Ravens acquired the highest graded safety available in free agency. What also makes it an “A” was the contract. On the face value, one would assume the contract was too rich. But in reality, it’s very good. Williams is the 7th highest paid safety in the league now even though he has graded much better than some of the guys that earn more than him. Also, he is only 25 and his best football could be very well ahead of him.

Moses was the second signing of free agency. After filling a need at safety, DeCosta decided to address the offensive line next by signing the veteran tackle. This was another huge need for the Ravens. The offensive line was in complete shambles last season and everyone knew there would be changes coming. The important thing about the signing of Moses is that he is a true right tackle. Since 2015, Moses has only taken snaps at right tackle. If Stanley can come back healthy and assume his duties as the left tackle, then the Ravens will have one of the best tackle pairings in the league. Moses has enjoyed a very solid career; he has never wowed anyone with his play but he has a career PFF grade of 71.5 which is very good. Moses is a better run blocker than he is a pass protector but his pass protection is still solid and will be a vast improvement over Villanueva who really struggled in that area. He also has logged 858 or more snaps every year since 2015 which shows his ability to not get injured, something that is badly needed on an offensive line that was one of the most banged up units in the league.

Another home run signing by DeCosta. The offensive line was something that needed to be fixed and the Ravens bring in a guy on a very modest contract that can step in immediately and be a difference maker. The contract also lands him as the 12th highest paid right tackle in the league which is also good value considering he is an above average tackle and never misses playing time.

After missing out on former Raven, Za’Darius smith, the Ravens turned to another former Raven to fill a hole in the middle of their defense by signing Pierce. With Calais Campbell and Brandon Williams headed to free agency, the Ravens decided to turn to a familiar face to shore up their defensive interior. After enjoying 3 good years with the Ravens, Pierce was signed by the Vikings in 2020 but opted out of the 2020 season due to Covid. He came back last season and enjoyed a very good season, posting a PFF grade of 78.5 and his best ever pass rushing grade, 84.5. But Pierce’s best years were with the Ravens. He posted grades of 79, 86 and then an elite grade of 91 in 2018 but then fell off significantly in 2019 with a 69 grade. All in all, his time with the Ravens was more than what the Ravens could’ve asked for after signing Pierce as an undrafted free agent. Pierce was always a stout run defender but always lacked in the pass rush department, so seeing a grade of 84 is an encouraging sign that the big man can provide some interior pressure that the Ravens have lacked for some years now. This move, however, does not dissolve the Ravens from going after another interior defender, preferably Campbell. Campbell is still a free agent and is ring chasing at this point of his career. Hopefully these free agency moves can get him to stay in Baltimore.

Bringing back Pierce is another solid move by the front office. Pierce is force as a run stopper and showed this past season that he is a capable pass rusher. With and APY of 6.5 million, it’ll rank in the neighborhood of somewhere in the 30’s amongst defensive tackles. Hopefully the Ravens can pair Campbell and Pierce together to form one of the best interior lines in the NFL.

The Ravens generally wait for the second wave of free agency to sign a majority of their free agents. But this year it was different, after signing Williams, they also went after Smith. That ended up falling through, but the front office has shown to be aggressive unlike previous years to address major needs with signing or attempting to sign some of the best free agents on the market. There is still more work to do, but the current free agent signings have all been excellent in terms of cost and filling need. There is still plenty of talent available and this is generally where DeCosta likes to dip into and sign good players for modest deals. Look for the front office to continue to be aggressive and hopefully sign an edge player or maybe bring in some interior line help. But so far, it has been a home run by DeCosta and Ravens fans should be thrilled with the additions.