Fournette To Tampa Bay and Other NFL Talk 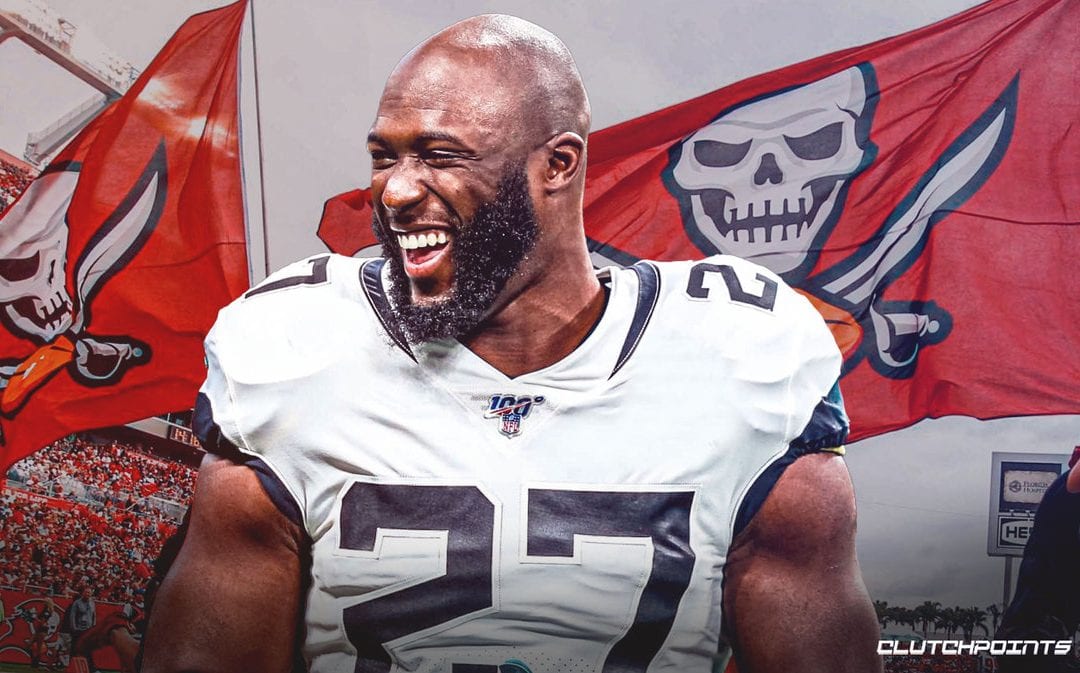 Could Leonard Fournette be the piece that helps Tom Brady and the Bucs to the playoffs?

Brady hasn’t faced questions like this since he took over for Drew Bledsoe in New England 19 years ago.

Playing for a new team, playing with an oft-injured tight end who retired 18 months ago and then decided to return to the game, playing in a 43-year-old body with a new organization. Who the heck knows what Brady can provide Tampa Bay and whether he’s good enough to lead a Buccaneers squad, a team that has had one winning season in the past nine years and hasn’t been to the playoffs since 2007, back to success.

But running back Leonard Fournette, who signed with Tampa Bay on Wednesday, could answer some of those queries. Sure, Fournette’s reputation isn’t great at the moment, mostly because there was no way Jacksonville should have ever drafted him at No. 4 overall in 2017. But he also had quite a few good moments that hide in the shadows of his constant injuries, his apparent attitude problems, and his arrest in April 2019 for driving with a suspended license. Fournette is better than his reputation.

He’s been a 1,000-yard rusher in two of his three seasons. He can catch passes out of the backfield (76 catches for 522 yards last year). He’s big and tough to bring down to the ground. He played with the likes of Blake Bortles, Cody Kessler, Nick Foles and Gardner Minshew II. He’s never played with an elite quarterback like Brady.

Brady, meanwhile, has helped running backs to stardom, even if only for a brief time. Laurence Maroney only played in the league for five years. But he was led New England in rushing in 2007 and left with a historical undefeated regular season and a Super Bowl appearance. Stevan Ridley was amazing with Brady in 2012 with 1,263 rushing yards, but for the final six seasons of his career, he barely topped that with 1,391 yards combined. BenJarvus Green-Ellis had a couple of good seasons in the league. Jonas Gray (remember him?) led the Patriots in rushing one year (and that was when the Patriots won a Super Bowl!). So did Dion Lewis. Most of those running backs were forgettable without Brady in their lives.

Yes, Brady has played with good running backs like Corey Dillon and LeGarrette Blount, but Fournette’s potential could supersede every other back with whom Brady has worked.

Fournette could end up being that bust many people believe he’s already shown himself to be. But he could also make magic with Brady.

“His mindset is great. He’s done a nice job, he looks good, he’s in shape, he’s been working hard,” Jaguars coach Doug Marrone said, a few days before Jacksonville release Fournette. “ …  I mean, he looks good—he really does when he’s out there.”

Some analysts have written that a Fournette addition to the Buccaneers doesn’t make sense, especially since Ronald Jones is the No. 1 running back and because LeSean McCoy signed a deal only a month ago.

But according to the NFL.com, Tampa Bay got Fournette for relatively cheap (a one-year deal with a $2 million base salary and a $3.5 million maximum). The rewards could be much bigger than the price that’s been paid for an organization that hasn’t had a 1,000-yard rusher since 2015.

Remember, Brady seems to always do more with less. Receivers like Julian Edelman, Wes Welker or Deion Branch might have never made it big without Brady throwing them the ball. Last year is a good example. Brady used Edelman as his No. 1 receiver, but after that, he had decent but not standout pass-catchers in Phillip Dorset and Mohamed Sanu. He had Josh Gordon for six games and Antonio Brown for four receptions. James White is a solid running back, but he’s not a star.

Through it all, Brady made New England into an above-average offense, and the Patriots went 12-4 and won the AFC East.

Now, Brady has Gronk. He has a star receiver in Mike Evans and a Pro Bowler in Chris Godwin. He has a potential breakout tight end in O.J. Howard. He has Fournette and the tantalizing possibilities.

The questions won’t end for Brady until the season starts and the Buccaneers begin playing. But the organization and now Fournette are trying to help provide some of the answers.

Maybin loses Baltimore teaching job: Aaron Maybin’s NFL career never lifted off. He was drafted No. 11 overall in 2009 but played two fruitless seasons in Buffalo and another two with the Jets before his professional playing days ended after the 2012 season. Since then, Maybin returned home to his native Baltimore and became a teacher at Matthew A. Henson Elementary. He’s been outspoken about heating the school where he teaches, raising thousands of dollars in the process, and he’s also an artist and an activist.

Maybin tweeted a statement on Wednesday night that read, “A very sad day for me personally, but a new opportunity arises to now realize a dream that needs to become a reality now more than ever. Now the real work begins.” He also wrote, “I have to face the reality that the powers [that] be don’t want me in the Baltimore public school system any longer. Regardless of all I have done for my students and the school system as a whole, I make too much trouble.”

Will a lack of fans affect the teams on the field?: Only a handful of NFL teams are allowing fans in to stadiums for the first week of the season, so it makes sense to wonder how the varying attendance policies for teams during the coronavirus pandemic will affect the game on the field.

Commissioner Roger Goodell told reporters on Tuesday that there won’t be a competitive advantage either way.

“As you know, our stadium sizes are different across the league. The attendance is different on a normal season. We do not see and our clubs do not see a competitive advantage at all whether fans are in one stadium or another,” he said.

As Pro Football Talk notes, though, not everybody agrees with that. Vikings coach Mike Zimmer and Bills coach Sean McDermott have gone on record saying that there will be a competitive disadvantage for home teams that have to play at empty stadiums.

“I think it’s honestly ridiculous that there will be, on the surface, what appears to be a playing field that’s like that, inconsistently across the league with the different away stadiums,” McDermott said late last month.