Should Gausman get the Opening Day start? 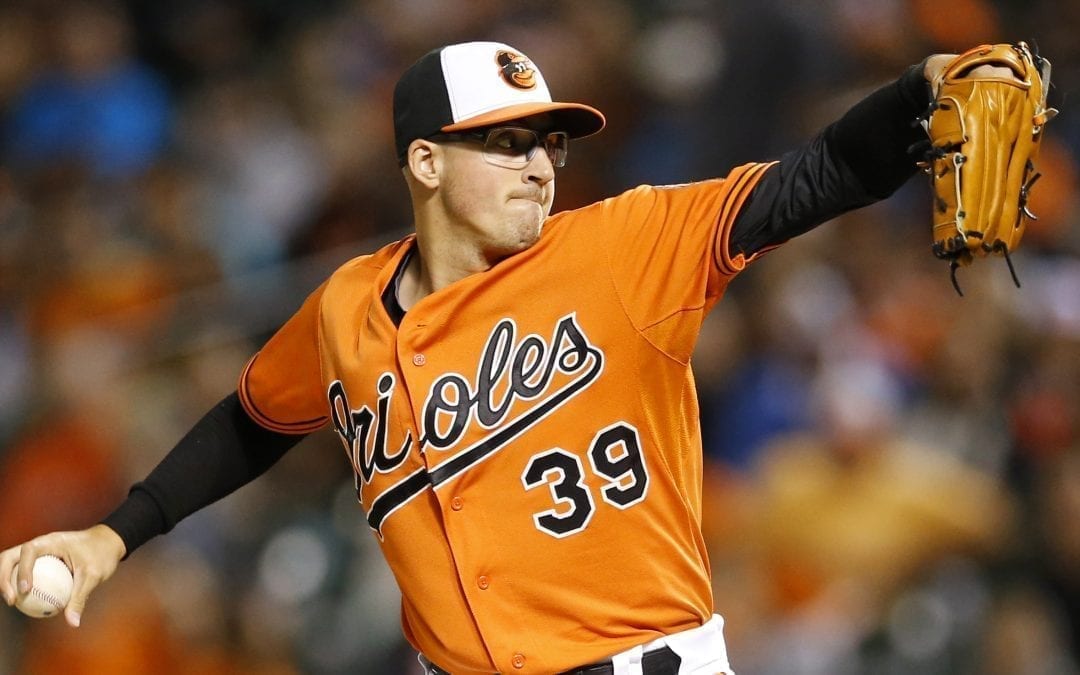 Who makes the Opening Day start is really more of a fun topic than it is something that is actually important in the grand scheme of things. Orioles Manager Buck Showalater hasn’t made his decision yet, at least publicly, on whom that starter will be. Chris Tillman has made the Opening Day start the last two seasons and, depending on his hip injury, would figure to be the favorite to make that start again this year.

Looking at the other candidates, you have Gonzalez, who right now isn’t even a lock to make the rotation, so I think its safe to say he is out. Gallardo got here too late and is still building up arm strength. While he figures to be ready to go by Opening Day, I still doubt he gets that start. Ubaldo Jimenez has pitched better lately, after a disastrous first start, and certainly has the pedigree to be that guy for the team.

As for Tillman, he has pitched about two ML ST innings in the last few weeks. Will he be ready for the start of the season? Will the Orioles want to give Tillman more time in extended Spring Training to get him ready? Perhaps, he starts as the 5th starter, which isn’t a need until April 10th. That is the 6th game of the season.

The pitcher I haven’t mentioned yet is the one I would give the ball to. That pitcher is Kevin Gausman. There is no doubt that Gausman taking his game to another level this season will go a long way towards this team being a contender this season. He has the best stuff, and the highest ceiling on the roster and there are few young pitchers in baseball that have his stuff/ceiling combination. We still don’t know if Gausman will put it together and become what he hope he will but 2016 will be telling for the young righty.

Assuming health, Gausman will make 30+ ML starts this year. He should be in line to throw 180+ innings and some of those innings should occur on Opening Day. Showalter should go to him and tell him that it’s time and give him the confidence that the team is going to rely on him.

He hasn’t thrown a lot of Major League innings this spring so far but he has been good. He hung a curveball to Andrew McCutcheon for a home run in his last spring start but otherwise; he has looked good by all accounts. He has 6 Ks and just 1 walk so far. Yes, its only 6 IP but ST is more about how the players look on the side (especially pitchers) and how ready they are for the season. You can argue that only Jimenez should be in the running here, given the circumstances of the other pitchers, so this isn’t really that crazy of an idea.

Gausman hasn’t really proven much at this level yet and normally the Opening Day honor goes to a veteran that has some track-record. The Orioles situation is different. Their vets have their own issues right now and none of them are really distinguishable from each other. Gausman represents the future for this organization and his ability to get to the next level is, IMO, the difference between being a legit contender and a team that may have some chance if everything else breaks right.

Again, my feeling is that while the Opening Day nod is mostly ceremonial, Showalter should give that nod to Gausman. It would be nod to Gausman that the team believes in his ability to be “the guy” in the rotation, and also a message to Gausman about how they need him to make that leap. Quite frankly, Gausman is the only guy on the staff with the chance to ascend to the mantle of being “that guy.”

To reiterate, in the grand scheme of things, this doesn’t matter much at all. It is kind of like getting worked up about the 25-man roster that the team starts with. It is just a fun topic to discuss but it does mean something to these guys and giving Gausman that confidence may be big for him as he gets his first full time major league season started.

EDIT: Per MASN, Kevin Gausman has been given a cortisone shot after being diagnosed with right shoulder tendinitis. Orioles Manager Buch Showalter revealed Sunday that Gausman has actually been dealing with the ailment for 7-10 days and the inflammation wasn’t subsiding as they had hoped. The right-hander will be re-evaluated in 2-3 days, at which point more should be known about his timetable for a return.