Get Ready For A Wild Ride 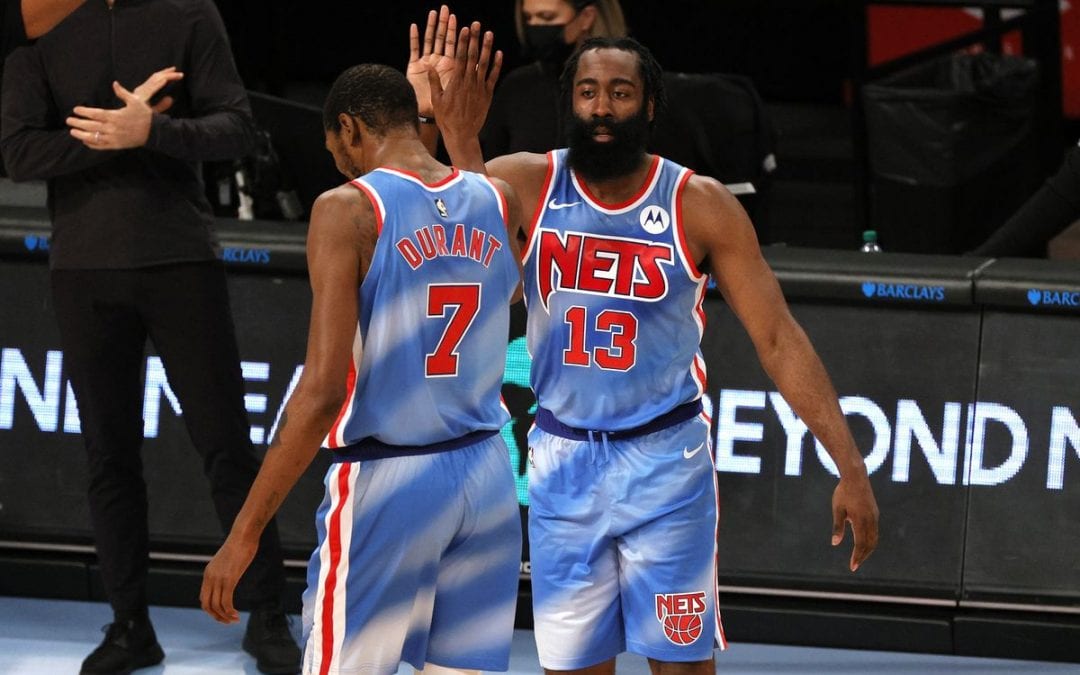 OK, I will admit that “get ready” isn’t the best title for a column on the 2020-21 NBA campaign, as we’re nearly one-quarter of the way through the regular season. But in searching for a way to properly summarize what has gone on thus far, it feels appropriate to expect this season to go anything but smooth. COVID-19 hasn’t gone anywhere, and with the league not making use of a bubble it was just a matter of time before schedules had to be changed. The bubble for a full regular season was a non-starter, and rightfully so, as multiple players made note of the mental struggles they endured while in Orlando.

Yes, a person’s bank account doesn’t shield them from the problems that anyone can go through during a period in which we’ve been asked to maintain separation from others. And that’s just one of the sacrifices that has been required when it comes to dealing with COVID-19.

This has required flexibility from all parties involved, even if the NBA didn’t appear to be all that willing to bend early on. Philadelphia played a home game against Denver with just eight available players, but the more accurate number was seven as a then-injured Mike Scott was forced to dress out (he obviously didn’t play). Since then multiple games have been postponed, and in the case of the Wizards and Grizzlies both teams were put on hiatus for extended periods. Washington played its first game nearly two weeks on Sunday, and as fate should have it the Wizards’ opponent (San Antonio) had its next game postponed due to contact tracing measures.

This is why the NBA didn’t release a full schedule, allowing for games that have been postponed to be made up at a later date. But how many teams will get to play all 72 regular season games, especially with this also being an Olympic year? Even for teams that have no shot of reaching the postseason, finishing out the schedule can have major implications when it comes to the NBA Draft. It’s an important question to answer, and the league will obviously do all that it can to have each team play all 72 games.

Beyond the COVID concerns this season hasn’t lacked for drama, beginning with James Harden. After eight seasons in Houston he got his wish, with the Rockets sending The Beard to Brooklyn as part of a four-team deal. Among the players/assets that Houston received in the deal is Victor Oladipo, who will be a free agent at season’s end. First-year GM Rafael Stone was in a tough spot, as it was going to be difficult for Houston to get equal value in return for a star player who made it clear that he wanted out. But overall Stone did a solid job, as the draft picks/swaps acquired can help replenish a stock that was drained in the Russell Westbrook trade.

The trio of Harden, Kevin Durant and Kyrie Irving won’t have much trouble scoring points. But what will they do on the other end of the floor come playoff time? Brooklyn sent Jarrett Allen to Cleveland in the same trade, and the combination of current production/talent/upside made him a more intriguing prospect than DeAndre Jordan. Obviously Nets GM Sean Marks felt the need to move Allen in order to make the trade work, and with the team’s lack of assets the post-trade deadline buyout market will be critical for Brooklyn.

With Allen joining Andre Drummond and JaVale McGee, Cleveland now has a surplus of centers. But that isn’t a major issue, as Allen will be a restricted free agent next offseason and Drummond and McGee will be unrestricted free agents. GM Koby Altman not only scored himself a talented young center that he can potentially build around (in addition to guards Collin Sexton, Darius Garland and Isaac Okoro), but he’s also in a position where Cleveland can free up a substantial amount of cap room. And who’s to say that either Drummond or McGee couldn’t net the Cavaliers more draft assets ahead of a 2021 crop that stands to be much deeper than the 2020 class? Adding Allen to the mix may have been a head-scratching move in the eyes of some, but I think Cleveland made out well in this deal.

Lastly there’s Indiana, which gave up Oladipo but added a young talent in Caris LeVert who is under contract until 2023. And the trade likely saved LeVert from a major health issue down the line, as a mass was found on his kidney during the pre-trade physical. What if he isn’t traded and therefore doesn’t have to undergo a physical at that point in time? The good news is that LeVert’s surgery was a success, and he’s expected to make a full recovery. Adding him to a perimeter headlined by Malcolm Brogdon should work out well for the Pacers, who have been a much-improved offensive team under first-year head coach Nate Bjorkgren.

All eyes are on Brooklyn in this deal, which isn’t a surprise given the fact that the Nets are perceived to be the team closest to winning a title right now. For Steve Nash and company to make good on those expectations however, they need to address the center position. Because the combination of Jordan, Nic Claxton (once he’s cleared to play) and Norvel Pelle isn’t going to be enough.

That all being said, the Lakers have looked very good to start the season. They still have LeBron, who doesn’t look as if he’s in Year 18, and Anthony Davis isn’t too shabby either. Add in Dennis Schroder, Montrezl Harrell and Marc Gasol, just to name their three most notable newcomers, and Frank Vogel won’t lack for options come playoff time. The Clippers may be better equipped to make a run this season than they were last, but it is very tough to pick against the Lakers.