GoT: Five Bold Predictions for the Rest of the Season 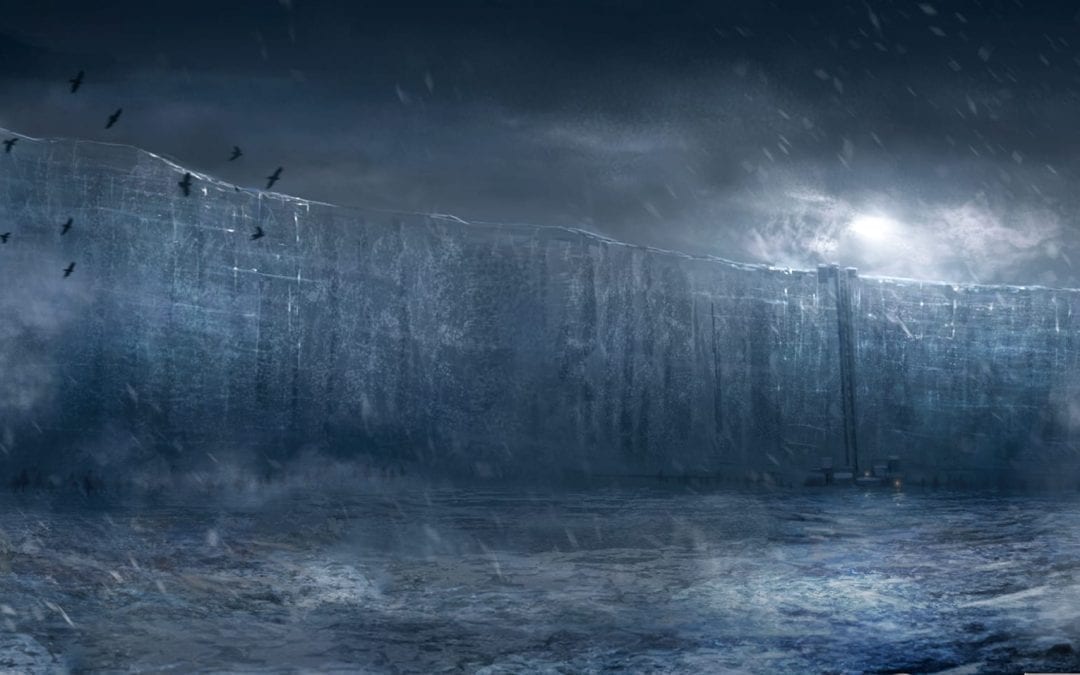 In my second Game of Thrones article for Baltimore Sports and Life, I make Five Bold Predictions that I believe will happen during the next three episodes of Season 6. Criteria was that I could not use any book spoilers and these predictions had to be a little bit extreme and out-of-the-box for the show (i.e. not something like “Jon goes to battle Ramsey Bolton or anything like that).

NOTE: I have no inside information aside from my own personal opinions and reading various theories posed online. If you choose to not have the events of the show spoiled in any manner, please do not read on.

(If you would like to discuss my predictions and include yours in the show-only thread, please click here.

If you would like to discuss my predictions and include yours in the book/show thread, please click here.)

With that said, here are my 5 Bold Predictions for the rest of Game of Thrones Season 6:

This prediction is the one that I am most confident. I believe that the Wall will collapse and the White Walkers with their army of dead wights will begin their trek into the Seven Kingdoms. Why you might ask? Let’s look back at Episode 5 where Bran comes in contact with the Night’s King. The Three-Eyed Raven told Bran that the magic of his cave was nullified once the Night’s King touched and left his mark on Bran. This magic is the same magic that binds the Wall and keeps the White Walkers from heading south. I believe that Bran, Meera and Benjen make a mistake by going south for safety, which then allows the White Walkers and their army to destroy the Wall and follow them. I think that this will be the cliffhanger of the season, similar to how Sam sees the White Walkers at the end of Season 2.

There are two main reasons why I think this happens: 1. Bran’s vision and 2. Cersei’s clash with the Faith. In Bran’s vision (also in Episode 5), we see several scenes of King Aerys Targaryen saying “burn them all!” interspersed with acolytes handling wildfire. The one scene that is particularly interesting however is the wildfire explosion that seems to be exploding in an underground hallway, similar to the ones that Tyrion was in way back in Season 2 with the wildfire vaults (0:29 in the video linked above). Many viewers believe that Bran’s visions are all flashbacks however I think some are future visions. A dragon flies above the Red Keep seems to denote a future vision and I believe the wildfire explosion is as well. (This is the one hole in my theory because Dany’s dragons would be flying over a rubble city, which is not in the vision, but I digress). I think that Cersei’s relationship with the Faith Militant will boil over by season’s end (possibly due to the death of her last surviving child, Tommen?) and she will lose control of herself and seek to eradicate the entire Faith. What she may not know is that there are caches of wildfire throughout the city since Aerys’ reign which will cause a series of explosions throughout King’s Landing.

Another popular theory after Episode 7 is that the Arya that was stabbed by the Waif isn’t really Arya Stark but another person using her face, possibly Jaqen H’ghar. We already briefly discussed this theory in our Game of Thrones thread here. As you may recall, a Faceless Man should not seek out personal vendettas and kill someone that they know. Jaqen even asks the Waif to “not let [Arya] suffer” yet the Waif is fueled by emotion and stabs Arya repeatedly in the stomach. Not exactly a peaceful death. I believe that it is possible that Jaqen actually used Arya’s face to test the Waif who, as we should remember, is still a novice herself. In that scene, Arya just seems particularly confident with the boat captain and nonchalant as she’s walking around the streets of Braavos for having a target on her back. (This theory is further fueled by the fact that in the Episode 8 preview, we see Arya jumping off of a balcony, which someone probably isn’t capable of doing shortly after they have been stabbed in the gut.)

This is a little more crackpot and, frankly unlikely, but I will make it anyway because I really hope we have not seen the last of Euron “Crow’s Eye” Greyjoy in Season 6. If Petyr Baelish can teleport from one region of Westeros to another, and the Greyjoy siblings can go from the Iron Islands to Volantis in one episode (look at the map…come on) then why can’t Euron slow down time, build some ships and, as the bold sailor he is, travel across the Sunset Sea to Meereen before his niece and nephew arrive? Again, I don’t really see this happening but I feel like we, as viewers, really need to be treated to and learn more about the character of Euron Greyjoy. The daring attempt of traveling the Sunset Sea and the boasting that would come from it would be great for the plot development of Euron.

Call it me loving the Starks too much or me loving the Grand Northern Conspiracy, a popular book theory (WARNING: MANY SPOILERS), but I think that Rickon and Shaggydog will survive the season. I think that the wolf’s head that Smalljon Umber presented to Ramsey Bolton was a fake and that the real Shaggydog is safe and may even play a part in the impending Bolton-Snow battle. I think, as loyal subjects to the Starks (as evidenced by Greatjon Umber’s first approval and commitment to the King in the North), the Umbers are actually playing Ramsey Bolton and will declare for the Starks when the time is right. I just cannot imagine a Game of Thrones with only two direwolves still alive (Ghost and Nymeria).

A graduate of Xavier University, Chris began his writing career as a Xavier Musketeers Athletic Communications Intern where he wrote previews and post-game recaps for men’s basketball, women’s basketball and other Olympic sports. He has worked in the sports industry in various capacities for over 5 years. Chris is a fan of the Xavier Musketeers, the Baltimore Ravens and the Baltimore Orioles. Other hobbies and passions includes Game of Thrones and, as an Eagle Scout, volunteering as a Boy Scout Troop Assistant Scoutmaster. Chris was born in Baltimore, raised in Baltimore County and currently resides in Canton.