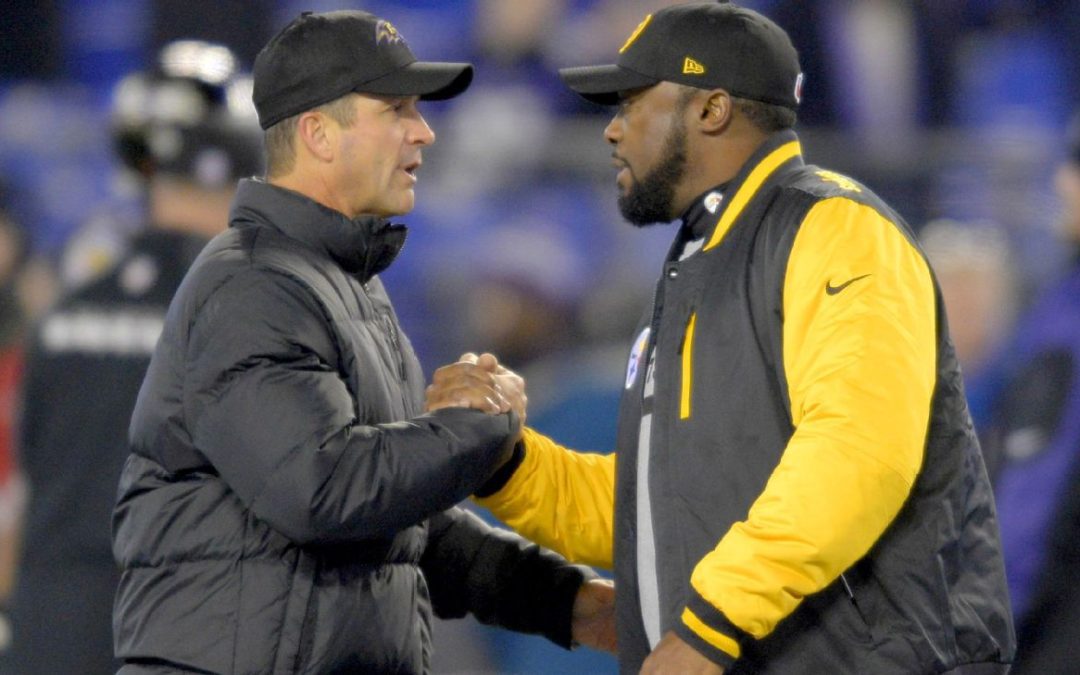 Many hold that the NFL means “not for long.”

That is largely true. Given the cocktail of competition, revenue, and physicality, sustaining employment—much less performance—is a battle many players and coaches have fought and lost. The excitement of “making it” can quickly lead to intoxication if not carefully tempered by humility and discipline. Talent might get you there, but talent alone won’t keep you there.

According to Statista, the average NFL career is 3.3 years. So, by 26, most players are finished with a craft they’ve dedicated most of their lives to.

Coaches are quite similar. Business Insider notes the average career for an NFL coach is 4.3 years. They have more potential for longevity but are equally as susceptible to turnover.

Given the ever-changing landscape of the NFL, it’s remarkable how certain coaches have remained employed (some by one team) so long. Fan expectation, player evolution, rule changes, social media, and mental fatigue all play a part in vying for a coach’s attention, yet there are a few who have risen above all that and established themselves not only as great coaches, but as Hall of Fame-caliber coaches.

For context, consider this: there are just as many 1st-time NFL head coaches this year (5) than there are coaches who’ve been at the helm of their current team for at least 10 years (Belichick, Tomlin, Harbaugh, Carroll, Reid). Think about that. Just as many coaches are doubling the career average as are being hired for the first time.

What’s remarkable about Tomlin and Harbaugh is that their teams comprise the toughest-contested, most physically demanding rivalry in the sport, yet they’re perennial winners and show no signs of slowing down.

How do they do it? First, let’s take quantify how close they really are.

As the numbers bear out, Harbaugh and Tomlin are very alike, which is no surprise seeing as how successful they’ve been. The duration of their first NFL head coaching job has already tripled the league average. They’re two of just 17 coaches ever to be a head coach for at least 200 regular season games and post a minimum winning percentage of .600. To have that quality-laden resume when going against someone just as good at least twice a year and sustaining your success is beyond impressive. It’s Hall of Fame worthy.

Besides numbers, what makes them so great?

In my eyes, they’re both what many coaches aspire to be. They both are coaches of conviction, integrity, and gratitude. If you’re thankful for every day you get to do a job, whatever is asked of you won’t seem like a burden, but an opportunity. Thus, you’re likely to see increasing results over those who foster a negative disposition and are just in it for themselves.

From a stylistic standpoint, these two men aren’t play-callers; they’re true head coaches. They trust their staffs and they empower their players. They’re fair, consistent, and level-headed.

Can they keep this up? That remains to be seen, but you have to think that if they were going to fail, they would’ve failed by now.

In short, be being themselves. You might think that’s an over-generalization but consider how so many are swayed by the winds of change in the NFL and how really smart and well-intentioned people are wrongly influenced. To be able to say you’ve remained true to yourself for the better part of two decades—in any field, much less as an NFL head coach—is something I’m sure they’re both sincerely proud of.

In addition to all this, don’t forget a core element of what has brought these coaches to the very top: their incessant competitive fire. Not only will that fire drive you, if implemented the right way, it’ll permeate the entire organization. Thus, fans of these two teams have enjoyed years upon years of winning records and playoffs runs.

If you want something, go get it. These two men have “gotten after it” unlike most we’ve ever seen.

Chapter 32 of this classic story will be written on December 11 in Pittsburgh, Pennsylvania.