How Rylan Bannon Could Help the 2021 Orioles 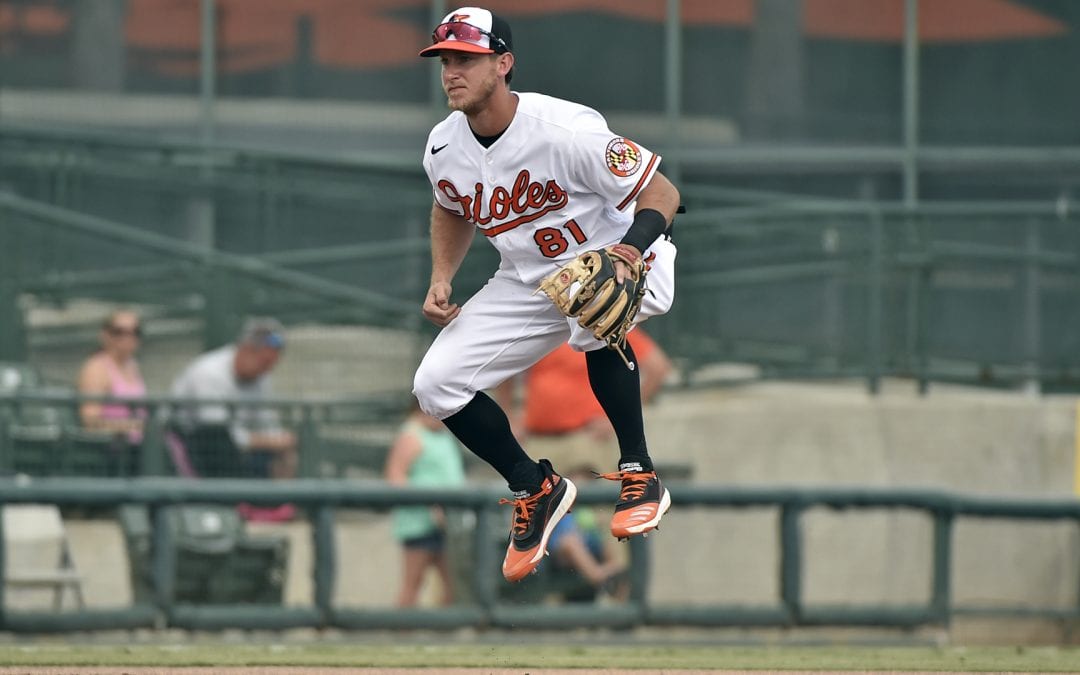 As they prepare for the 2021 season, the Baltimore Orioles have several questions surrounding their infield depth. While time will tell how the Orioles sort out their options, expect prospect Rylan Bannon to help them at some point in 2021.

Bannon, acquired from the Los Angeles Dodgers as part of the Manny Machado trade in July 2018, ranked 26th in our Top-30 prospect rankings for the Orioles’ farm system this summer. I identified him early this year as a candidate to receive major-league time in 2020, but that was before the COVID-19 pandemic ultimately forced a shortened 60-game MLB season and the cancellation of the minor-league season. Still, Bannon received some time at the Orioles’ alternate training site at Bowie over the summer and has spent the last few weeks taking part in instructional league action in Sarasota.

To date, Bannon’s highest level of professional experience is his 20-game stint at Triple-A Norfolk at the end of the 2019 season. Over the 2019 campaign, he batted .266/.345/.421 with 11 homers between Norfolk and Double-A Bowie, while logging time at both second base and third base. If the Orioles protect Bannon from the Rule 5 Draft by giving him a 40-man roster spot this offseason, a move I expect them to make, he will be in line to help the MLB squad in areas where it might need depth next season.

The Orioles currently have several options for second base and third base at the major-league level, with the potential frontrunners for those spots being Hanser Alberto, Rio Ruiz, and Yolmer Sanchez, who was claimed off waivers from the Chicago White Sox last month. Alberto has established himself as a fan favorite by batting .299/.322/.413 with a 3.4 bWAR over the past two seasons, but he is arbitration eligible for the second time and is speculated as a potential non-tender candidate this offseason. Despite the occasional flash of success in 2020, Ruiz has yet to hit with enough consistency to silence doubts that he can be an everyday third baseman in the majors. Sanchez has an unnoteworthy .245/.300/.360 line across 2,459 plate appearances since debuting in 2014, but has been successful on defense, highlighted by his 2019 Gold Glove win at second base for the White Sox in 2019.

Having just one of Alberto, Ruiz, or Sanchez out of the mix would seemingly leave an opening for Bannon (who turns 25 in April) to get to the majors faster, even if he does not make the Opening Day roster. However, even if Alberto, Sanchez, and Ruiz all make the Opening Day roster, there could still be room for Bannon at some point next season. Alberto and Sanchez have both shown they can handle third base at the major-league level, giving the Orioles some flexibility if Ruiz’s offensive struggles carryover into 2021. Bannon could then pickup playing time at second base, where he could also get an opportunity if Ruiz surges while Alberto or Sanchez struggle, or slot into third base if that is where the need arises.

In some respects, the Orioles might already be preparing for the possibility of Bannon receiving at least a share of playing time at second base by having him work out at the position in Sarasota. Though he has played both positions over his professional career, Bannon has more experience at third base than second base, logging 179 games at the hot corner compared to 90 at the keystone.

Another reason why Bannon should see major-league time next year is that he is the prospect who should provide the most immediate value at those positions. Though the Orioles’ infield depth throughout the organization is improving, most of the recently acquired talent—including 2019 draft pick Gunnar Henderson, and 2020 selections Jordan Westburg, Anthony Servideo, and Coby Mayo—will spend next season in the lower minor leagues. At the higher levels of the system, Richie Martin and Mason McCoy give the Orioles two solid options on defense but figured to be limited to second base and shortstop. Terrin Vavra—a middle infielder acquired from the Colorado Rockies in August as part of the Mychal Givens trade—also gives the Orioles depth, but expecting him to compete for a major-league job in 2021 might be a reach given that he has no experience above Low-A.

For now, the expectation for Bannon is that he opens the minor-league season back at Triple-A. While there are questions about how much power he can generate with his relatively small frame (he is listed at 5’8,” 180 lbs.), the power numbers could improve at least slightly from 2019, when he spent most of season in the suppressed offensive environment that was the Double-A Eastern League. Regardless, I think he presents at least enough intrigue on offense that the Orioles could turn to him during the season if they’re not satisfied with the numbers being put up at second base and/or third base.

Although he is likely to start next season in the minors, Bannon should certainly be on the radar for a major-league job in 2021. He gives the Orioles a close-to-major-league ready option at positions where the club could need help next season and has been a steady riser throughout the minor leagues.