How Zimmermann, Wells, and Lowther Could Help the 2021 Orioles 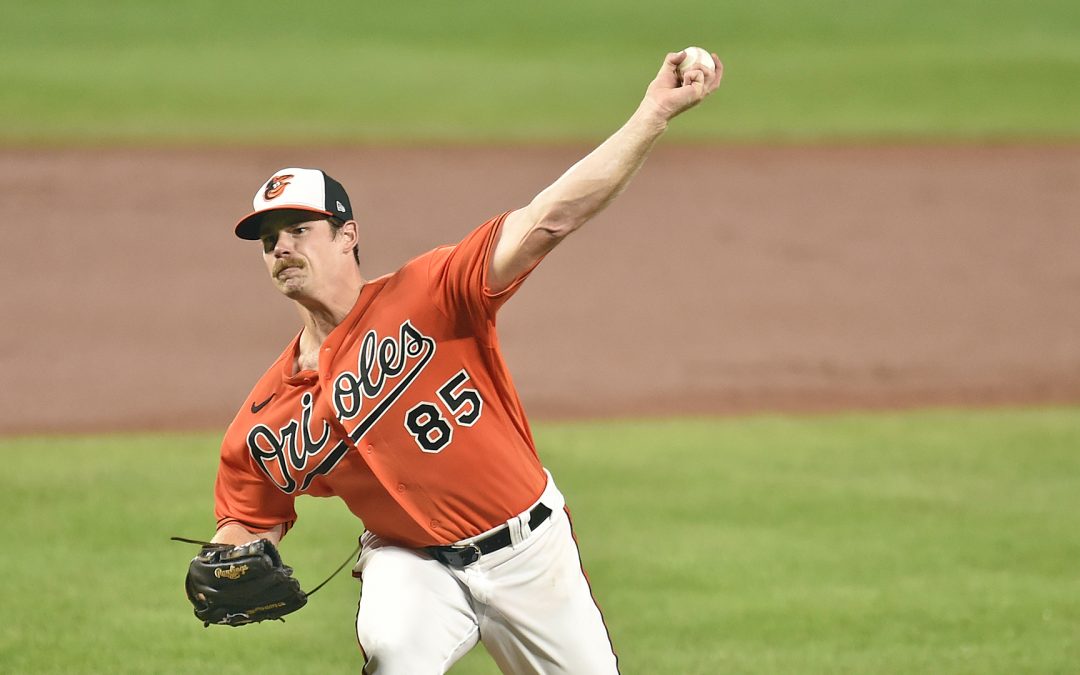 Entering the 2021 season, the trio of Bruce Zimmermann, Alexander Wells, and Zac Lowther are poised to be key parts of the Baltimore Orioles’ pitching depth. While the three southpaws appear likely to begin 2021 in the minors, they all should see time in the majors this year.

This season will present challenges for organizations to manage pitching depth, as MLB tries to play a full 162-game schedule after a shortened 2020 season and Minor League Baseball action resumes after last season was lost to the COVID-19 pandemic. It is a reason why six-man rotations and piggybacking could be options for clubs, including the Orioles, to manage the workload of pitchers this season. When it comes to handling young pitchers, the Orioles will have to balance the needs of the major-league team with the importance of developing their prospects in the minors, but there is a reason to believe that they can strike that balance with Zimmermann, Wells, and Lowther.

Why focus on those three hurlers? In general, I expect the Orioles to move slowly with their pitching prospects this year—at least initially—but Zimmermann, Lowther, and Wells have similarities that could help them reach Baltimore this year. They have all been added to the 40-man roster within the last six months, have track records of consistency and durability in the minors, and should pitch at Triple-A to start the year. In addition, they are left-handed pitchers who rank among the Top-30 prospects in the system, with BSL’s list placing Zimmermann 23rd, Wells 18th, and Lowther 13th. However, they also offer some subtle differences that could allow all of them to see time in the majors this year, albeit on slightly different schedules.

Right now, Zimmermann (pictured above) appears to have the inside track to be the first of these three to log major-league time in 2021 and to perhaps receive the most MLB innings. He made two appearances with the Orioles last September and is the oldest of the three, having turned 26 this month. For much of the offseason, it appeared that Zimmermann would enter camp with a solid chance of making the Opening Day rotation, but the recent signings of Felix Hernandez and Matt Harvey, as well as the returns of Wade LeBlanc and Thomas Eshelman, give the Orioles more experienced options that could allow them to send Zimmermann to Norfolk to begin 2021.

Zimmermann does have experience in Triple-A—he made seven starts there at the end of 2019—which could help him get off to a smooth start there this year. While he should be part of the starting rotation at Triple-A, there are still questions about whether Zimmermann projects as a starter or reliever in the majors. Once he has settled in and built up his workload at Triple-A, the Orioles should look at bringing him to Baltimore for an extensive time and try him in both roles. With the likelihood that the team’s rotation and bullpen will see turnover this year, the Orioles should have time to look at Zimmermann as a back-end starter and a multi-inning reliever, especially if we see more doubleheaders—which often require spot starters—than normal during the season.

Unlike Zimmermann, neither Wells nor Lowther have logged time at Triple-A. Wells faced a unique situation last year, as he worked out in his native Australia after spring training was shut down and did not appear at either the Orioles’ alternate training site over the summer or their fall instructional camp in Sarasota. That leaves us with little in the way of recent data to form expectations for this season, but the Orioles were apparently satisfied with the work Wells put in during the shutdown, as they added him to their 40-man roster over the offseason.

The book on Wells has been the same for years: His pinpoint command has allowed him to be successful, despite a fastball that runs in the upper 80s/low 90s and is not complimented by a plus off-speed pitch. While it might be an unconventional formula for success, Wells has been named an All-Star in all four of his professional seasons, the most recent of which was a strong 2019 at Double-A Bowie.

After his time in camp this spring, Wells should begin his age-24 season at Norfolk, where he has yet to make an appearance. If he can repeat the success he has had at other levels, which will depend at least some on him limiting hard contact and keeping the ball in the ballpark, Wells should see time in the majors this year. As with Zimmermann, the Orioles could consider using Wells in the rotation and the bullpen, but they should give him time in Triple-A to see how he looks once he is back on the mound.

Lowther is also a pitcher who does not rely on velocity for success, but his high-spin fastball and deceptive delivery have allowed him to generate plenty of strikeouts over his career (10.5 K/9 rate in 326 career innings). He and Wells were among the prospects the Orioles added to the 40-man roster in November to protect from the Rule 5 Draft, and 2021 is slated to be Lowther’s first at the Triple-A level.

Those factors put Lowther, who turns 25 in April, on a good path to reach the major leagues this year. While he has been durable throughout his career, the Orioles will want to make sure they ease him back on the mound before moving too aggressively. Lowther is a fairly polished prospect at this point, though he will probably want to keep the walks in check after posting a career-high 3.8 BB/9 rate at Bowie in 2019 (up from a mark of 2.5 between Low-A Delmarva and High-A Frederick in 2018).

I expect that Lowther will do fine with that issue at Triple-A, but it will still be interesting to see how the Orioles handle him this year. While he has been a workhorse throughout his minor-league career, the Orioles will probably still proceed with some caution (as they should with all their pitchers) as they ease Lowther back into game action. Ideally, Lowther will be groomed to start in the majors, but he could also log time in the bullpen if the Orioles find themselves with a need there.

For 2021, it is clear that Zimmermann, Wells, and Lowther will be crucial to the Orioles in their efforts to maintain their pitching depth while grooming some hurlers who could be a part of their future. The long-term projections of these players remain to be seen, but for now they all represent compelling options for 2021. If any one of them breaks through as a regular contributor going forward, the Orioles can consider that a win in their ongoing efforts to build a better talent pipeline that they hope will produce plenty of pitchers in the coming years.