If The Ravens Get A Fair Offer; They Should Move On From Orlando Brown 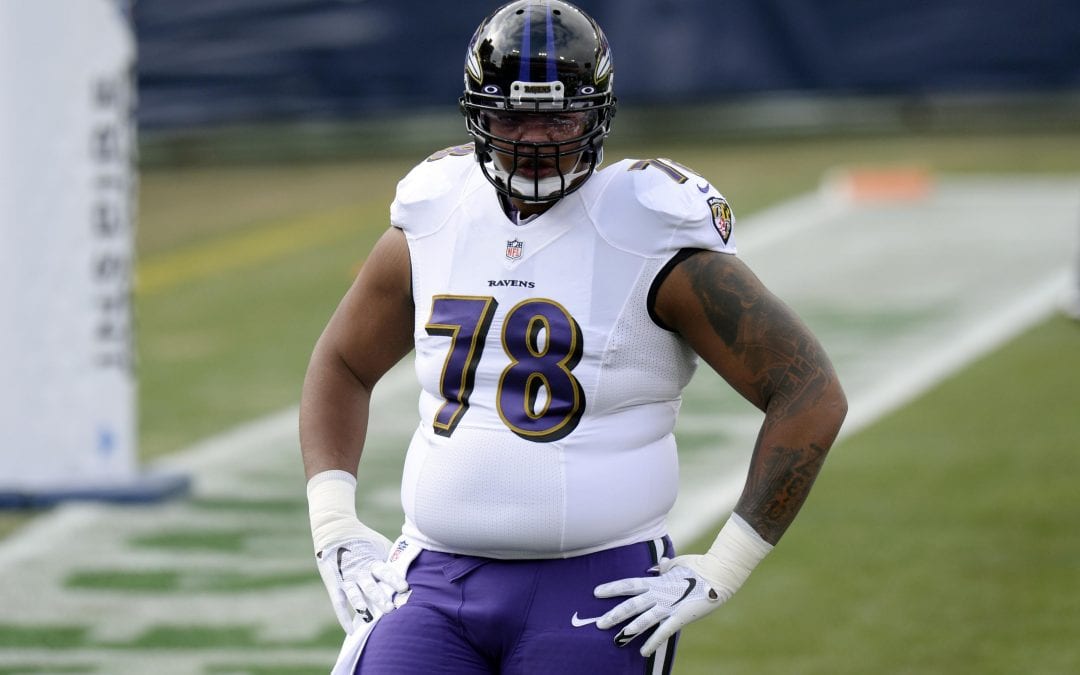 When Orlando Brown requested a trade following an offseason Tweet dubbing himself a left tackle, he kind of forced Baltimore’s hand a bit earlier than they probably would have liked. Last year’s team struggled with offensive line injuries and a clear path towards replacing Marshal Yanda. Ronnie Stanley’s injury moved Zeus Jr. over, and he played fairly well.

It’s kind of interesting that Brown attaches so much prestige to the idea of being a left tackle. It makes sense when you learn the background behind it, but just on its face, right tackle or left tackle, you’re still going to make big bucks and still be important. Makes me wonder if maybe there’s a conversation to be had for Stanley.

Anyway, here’s the thing: the Ravens were always going to have to make some tough choices about the salary cap as their 2018 class started to wander into the end of their rookie deals. Lamar Jackson is going to get paid. After that, there’s Brown, Mark Andrews, and Bradley Bozeman. Once the Ravens committed to paying Stanley market value, I think it kind of became evident that Brown might be fighting an uphill battle to get his own market value contract in Baltimore.

There just aren’t many teams in the NFL these days that pay full price for bookend tackles. For some teams, living with a stopgap right tackle is a literal way of life, to the point where they’ll go in with a seventh-round rookie or something. Even the teams that “Invest” in the offensive line deeper than that — think about the mid-2000s Eagles — have generally dodged paying for two good tackles at the same time. They had Lane Johnson’s rookie contract and Jason Peters making big dollars, and then they extended Johnson and drafted Andre Dillard to try to replace Peters. That didn’t work out, but that’s a general way that the dollar figures go. The Chiefs were able to pull off having both Eric Fisher and Mitchell Schwartz on a fluke where Schwartz was somewhat undervalued as a free agent. But generally speaking, for offensive line-forward teams, you have one paid and one highly drafted on a rookie contract.

So in that broader point of view, it was always kind of unlikely that Brown would get an extension with the Ravens. The interesting part of him speaking up now is that I think it actually makes a lot of sense for both sides. Brown only has a year left on his rookie deal, and it’s beneficial for a team to acquire him now and work off his $3.6 million cap figure on an extension rather than create a contract entirely off of free agency. At the same time, because the cap is projected to shrink rather than grow on account of the pandemic, this is a unique position for a team to trade a player who will have a lower cap hit than a top free agent. This free agent market is not exactly crawling with great tackles anyway — Trent Williams, Taylor Moton, and Russell Okung are probably the three best available. I could see a team looking at that and looking at Brown’s cap hit and seeing a lot more value there.

The question comes in what fair value really is — the only recent trade that sort of fits a young tackle getting dealt is Laremy Tunsil to the Texans. That deal was one borne of desperation and a price that is unlikely to be repeated by front offices run by people who understand player value. Do the Ravens demand a first-round pick for Brown? Do they target a young wideout in a trade? Last year the only player that returned a first-round pick was DeForest Buckner — but as a young player in his walk season, albeit with a slightly larger contract than Brown because it was his fifth-year option — that seems broadly reasonable as a comparison to me.

Bucker was dealt for the 13th overall pick. Given that top-20 picks are more valuable than end-of-round picks, I think that there’s something to the idea of shipping Brown to a team for a late first and getting more than that.

Now, is the right tackle of the future on the roster here? Hard to say without knowing how Tyre Phillips grows this offseason, but you’d assume not. If the Ravens continue to want to invest in their line, they likely have to use a pick on a tackle. But this is a pretty strong year for tackles, with most mock drafts seeing 8-10 go off the board in the first two rounds. It’s unlikely that the Ravens are going to get up and get Penei Sewell (Oregon), but they might have their pick of 6-to-8 of them. Players like Alex Leatherwood (Alabama) or Walker Little (Stanford) could fall pretty easily into their range of outcomes.

If they can do that and net a first-round pick, I think it makes a lot of sense for the Ravens to move on from Brown. It’s not easy, of course. Nothing is easy about moving a young star tackle. But with Stanley under contract the Ravens are in a position where they can make a move like this and not have it bite them too much in the long-term.