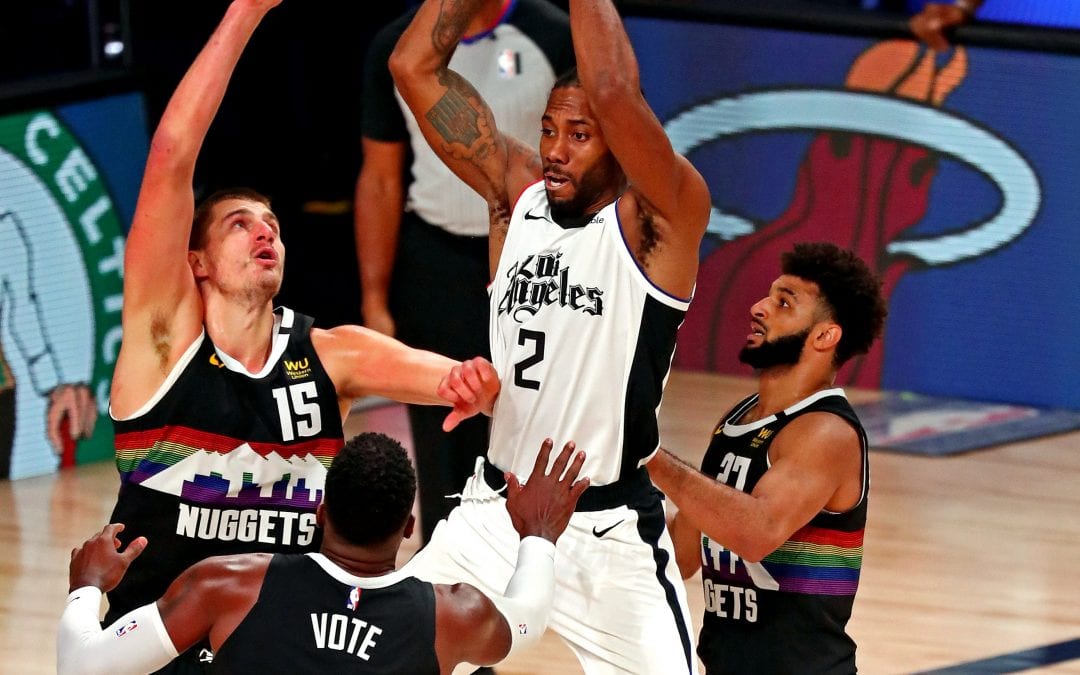 The stage has officially been set. After securing another “win-or-go-home” victory this past Sunday over the LA Clippers in Game 6, the Denver Nuggets have put themselves in the position to potentially stake claim to having the greatest underdog story in NBA history.

With a win tomorrow, Denver would become the first team in NBA history to complete two 3-1 comebacks in the same playoffs in route to their first Western Conference Finals appearance since 2009 and their fourth in franchise history.

Despite entering the NBA Playoffs as the 3rd seed in the tough Western Conference with a record of 46-27, the Nuggets have been doubted as potential championship contenders since the beginning. It has been all about the Los Angeles Lakers, LA Clippers and even the Houston Rockets who all headline with superstar players like LeBron James, Kawhi Leonard, James Harden and others all at the helm of the national spotlight.

Denver on the other hand is led by a 7-foot, 235 pound Nikola Jokic who wows you more with his outstanding passing capabilities and his ability to shoot the three rather than with freakish athleticism like a LeBron or unfathomable ability to score at an historical clip like Harden.

Jokic and Jamal Murray may not have not been well known commodities in the league or in discussion for the “Best Player in the World” debate but they have both made a name for themselves in these playoffs. With their dominating offensive outputs in the first round against the Utah Jazz and now against the Clippers were coveted favorites to win the championship entering this season this team has more than overachieved this postseason.

After watching Murray set the NBA world on fire in an historical offensive battle against Donovan Mitchell and the Utah Jazz in Round 1, Nikola Jokic has emerged as the Nuggets best and most dangerous scoring option against a versatile Clippers team. Outside of Game 1 where he only scored 15 in a blowout 120-97 Denver loss, Jokic has scored 20 points or more in all of the last six games headlined by a stat line of 34 points, 14 rebounds and seven assists in Sunday’s victory to force Game 7.

Not only has he put up crazy stat lines like these, but he has been doing so while shooting efficiently as he has shot 52% or better in 4 out of the 6 games played in this series. Dominating against an undersized Montrezl Harrell and a defensive liability in Ivac Zubac, Jokic has been able to have his way in this series as both a dominant scorer and rebounder to keep his team in the race for a chance at the Western Conference crown.

Leaning off of his extraordinary efforts to keep his team alive, the Serbian superstar made it apparent that he feels that all the pressure has shifted to the Clippers telling ESPN’s Malika Andrews, “We don’t have pressure. I think the whole pressure is on them.”

With the first ever “Battle of LA” matchup in the Western Conference Finals hanging in the balance, the Denver Nuggets are the Clippers’ roadblock that stands in the way of this much anticipated clash between the Clippers and Lakers. But, with the momentum of the series sliding in favor of the Nuggets, Denver has the chance to be on the right side of another historical feat while pulling off one of the biggest upsets in league history in the process.