What To Do About Jonathan Schoop 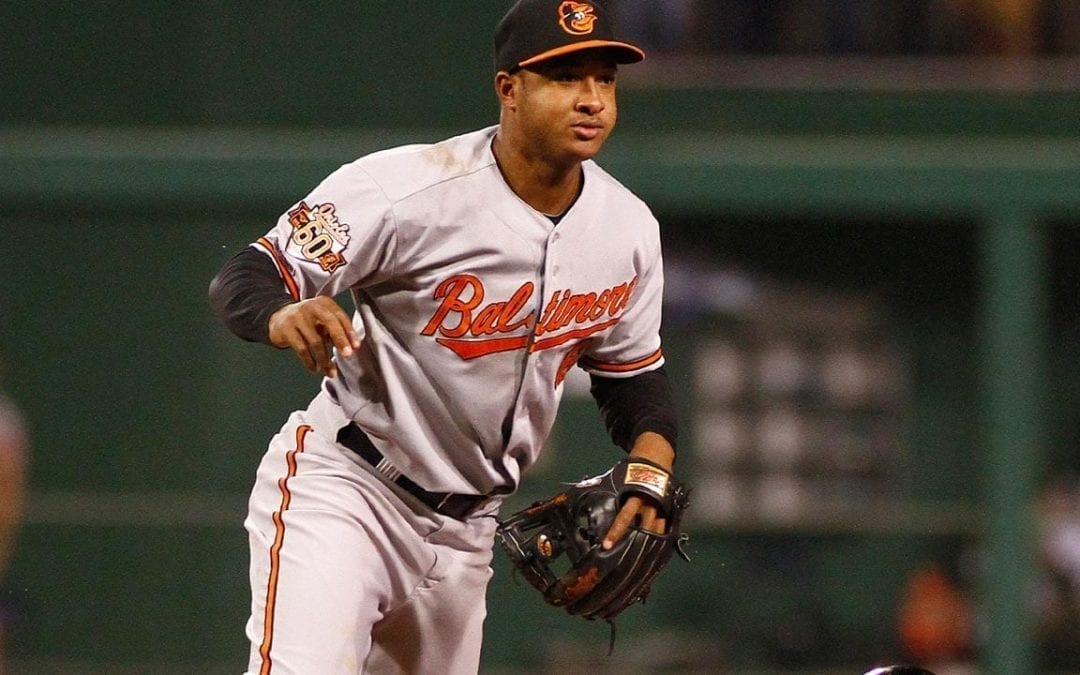 The Orioles’ season is, for all intents and purposes, over. One of the most dreadful August collapses in recent memory — especially for a team that at least nominally was a buyer at the trade deadline — saw to that. In the end, 2015 was a wasted year, mostly spent treading water, with good players getting older and great players — one in particular, the one with 41 home runs — edging towards free agency.

But “wasted” doesn’t mean “worthless,” and Baltimore did learn some things in 2015 that will help them in 2016. They learned which impending free agent they need to break whatever self-imposed spending limitations they’ve put in place to sign (Davis) and they’ve learned who they need to replace in the rotation (basically everybody, with Chen departing). And they’ve learned another thing: that for the first time since 2009, there might be a guy on the roster who deserves to get 150 games a year at second base.

(Discuss this article on the BSL boards here.)

Jonathan Schoop, of course, is slumping at the moment. Just about everyone on the club but Chris Davis is slumping at the moment; it’s a bit immaterial. In a larger sense, he too has had a wasted season — he lost most of April and all of May and June to injury, and will end the season having really played only three months and change. This makes it hard to get a full read on his performance — when a player put up 137 games of 66 OPS+ hitting the previous year, 66 games of 115 OPS+ hitting should be regarded with cautious optimism. Young players improve, yes, but it’s also generally true that when players put up a full season of bad numbers at the MLB level, the correct conclusion is not that they’ll get better — it’s that they’re not suited for the level of play in the majors.

Given the context of Schoop, who came up as a fairly well-regarded but not elite hitting prospect, the optimism is more warranted than it would be with most. It helps that he plays good defense at second base (especially since umpires seem far more reluctant to recognize the runner’s right to the bag there than they do at home plate), and that second basemen as a whole are so unappealing at the plate that his 115 OPS+, if stretched out to a full season and qualifying him for the batting title, would put him 5th in MLB among so-qualified second basemen — right between Ian Kinsler and Jose Altuve. Pretty good place to be.

But Schoop remains a guy with poor patience who has problems identifying offspeed pitches at times, and who absolutely needs to be hitting for both average AND power to be a constant offensive threat — given that he’s not getting a bump to his OBP from walks, Schoop’s line looks a lot less appealing if he’s hitting .240 instead of .280, or slugging .420 instead of .490. Ask Chicago’s Starlin Castro how bad things can go for guys whose entire offensive output is so directly correlated to how they do on balls in play.

Luckily for Schoop, he has something Castro doesn’t: power. The power is real, and has been real on all levels of play — it was even real last year when he stunk at the plate thanks to a .209 average; he still hit 16 home runs. And power doesn’t just translate into home runs; it can turn bad contact swings into sharp grounders through the hole instead of dribblers, and outfield singles into doubles.

Castro comes up, of course, because of the decision the Orioles have to make going into the offseason: do they try to lock Schoop down with a cost-certainty arbitration buyout?

My feelings on these buyouts have evolved along with my feelings about labor in baseball generally; my opinion of their efficacy has not. I do not think that buying out a player’s arbitration years is, from the team’s perspective, an efficient use of team money. I do not think it is particularly intended to be an efficient use of team money — I think it is primarily a tool used by general managers to accomplish a few different objectives all at once: first, it removes the burden of contentious year-to-year arbitration hearings that can hurt the relationship between a player and his team. Second, and this is the bit that gets underplayed in the media, is that it sets future budget considerations in stone. It tells ownership what they’ll be paying for that position on the field for the next X number of years — and should that player get seriously injured and miss a season, the insurance on that contract should give the front office some money to play around with in replacing him without having to go back to the owner for more. See the roster upgrades that the Mets were able to get at the deadline this year using, in part, insurance money from David Wright’s contract for an example of how crucial that can be. (Ownership could just pocket the insurance money, but if ownership’s backdoor cutting your budget like that then you’ve got bigger problems on your hands.)

Of course, you don’t get any insurance money if the player is just plain bad, and that’s why I don’t view it as a particularly efficacious use of money from the team’s perspective (while loving it from the player’s) — you’re hedging your bets against your player becoming a superstar during his arb years, while cementing that you’re going to pay him like a major league regular for those years — and maybe getting one of his free agent years in the process, too. Though not always; the deal Elvis Andrus signed in Texas gives him the ability to opt-out of the first free agent year — something he would only not do if he’d performed so poorly in his prior seasons he thought he couldn’t find a better deal on the market, something he’s well on his way to doing.

Starlin Castro looks like a bad arb buyout. To be honest, he always did. He can’t field his putative position and his entire offensive contribution is tied to whether or not his groundballs have eyes this month. But the flipside of the Castro deal for the Cubs, of course, is the Anthony Rizzo deal — Rizzo pretty much has hit all his rosiest projections this year, and is locked in for the next three years at a total of $19 million. Even his 2019-2021 salaries are relatively low if he continues to be a 151 OPS+ player. And still, as a player, you sign that deal every time. Every time. You do not turn down $64 million when you’re a (then) 23 year old who hasn’t demonstrated you can stick as an everyday player in MLB.

So the question is: should the Orioles be betting that Schoop becomes a superstar? My inclination is no — or at least, not yet. The tools are there, but he’s yet to show consistency in applying them, and still hasn’t had a single, full good season.

Schoop isn’t a free agent until 2020 (assuming he’s not non-tendered for performance reasons); there’s time left yet to see if he’s for real by observing him next year. If he’s great next year, will the cost to buy him out go up? Yes. But you’ll still be paying less for his 2020, 2021 and 2022 seasons (assuming a Rizzo-style buyout including team options for Schoop’s first few free agent years) than you’d pay on the open market to bring him back on his first big free agent contract, thanks to inflation. And this is a decision you’d like to make around 1500 career PAs, not 800.

And this isn’t even something that needs to wait until after the 2016 season — Rizzo got his extension in-season on Mother’s Day, for instance. But it is something that could use a little bit more wait and see. Perhaps not only for reasons of prudence, but of budget; an extension of this nature might be an easier sell to ownership in season, while Schoop and the team are doing well, instead of in the offseason, where Baltimore has a lot of other places to be spending its money. Recall that when Adam Jones’s similar contract extension was approved by ownership, it was done in season, while his OPS was over .900. It is possible this was coincidence. It’s possible it was not.

Schoop isn’t going anywhere. If you’re a full believer in him, then it should be no problem at all to wait a little bit: he’ll end up proving you right. It makes the most sense for the Orioles to focus on their roster holes this offseason, keep an eye on Schoop, and if he’s the same guy at the start of next as he’s been this year, everyone, top to bottom in the organization and the fanbase, should be on-board with an extension.