Kevin Zeitler’s signing primed the real decision of the offseason 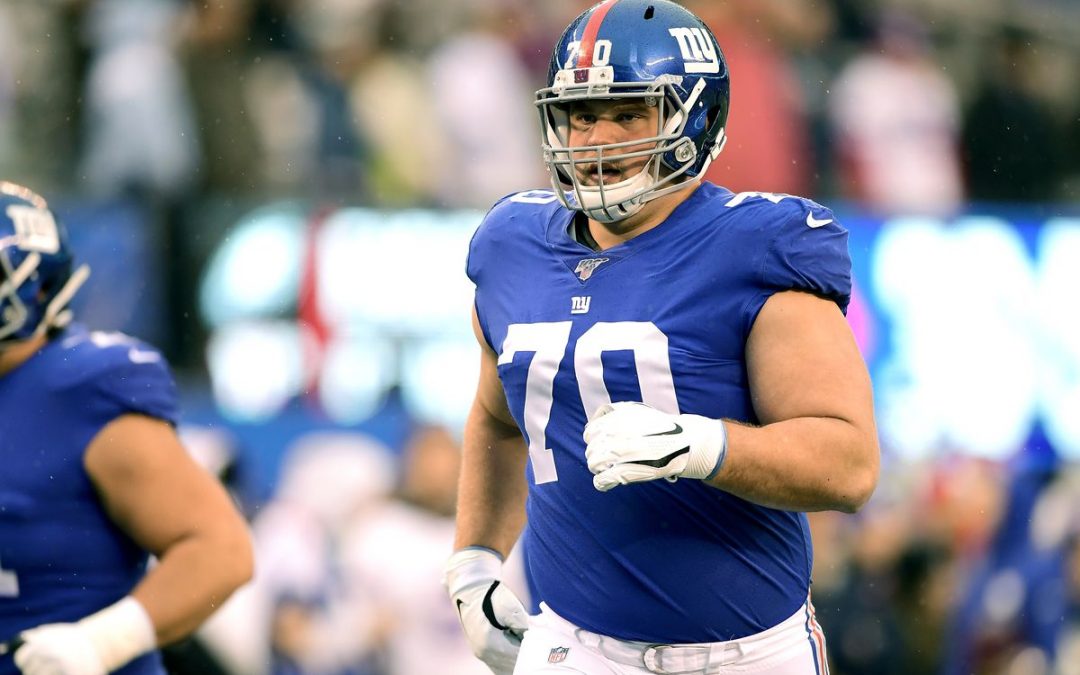 While the numbers were still lofty last season — third in rushing DVOA, a league-leading 5.5 yards per attempt, and more rushing yards and attempts than any team in the NFL — the Ravens did lose a step in the run game last year without retired guard Marshal Yanda. They were No. 1 by a longshot in rushing DVOA in 2019, and that enabled enough third-and-shorts to always keep the defense on their toes on passing downs.

Without Yanda and with Ronnie Stanley missing most of the season, the Ravens juggled lineups constantly on the right side of their line, but from a purely granular statistical view, there wasn’t much difference on sheer offensive numbers. They blew the same number of run blocks as they did last year, per Sports Info Solutions. They went from third in Football Outsiders adjusted line yards stat (4.73) to ninth (4.58), and were still third in the NFL in run block win-rate per ESPN’s stats suite. And a lot of that decline, in my opinion, comes down to Mark Ingram versus Gus Edwards and J.K. Dobbins. Ingram managed just a -6.8% DVOA last year — both other Ravens backs were comfortably in the top 10 in rushing DVOA. And, well, you know that story. Ingram barely played after Week 6 and was inactive for four regular season games and two playoff games.

So it is somewhat curious that in a down free agency period as far as spending, the Ravens rushed the market and paid real money to Zeitler. That emphasis could be viewed as confirmation that the team will trade Orlando Brown — so the Ravens solidified one hole because they saw another about to open up. It could also be viewed as confirmation that this team cares about run offense more than anything else and they thought Zeitler was the piece to get them over the top there. Zeitler’s presser certainly leaned towards the latter:

I think what Zeitler actually provides a little more than anyone else Baltimore could have gotten is that he’s a great pass blocking guard. The Ravens had problems last year with interior protection breaking down and that fits a niche that maybe they couldn’t rationally expect a Tyre Phillips or Ben Powers to fill next season. And, of course, it doesn’t help that as a released free agent he doesn’t count in the compensatory pick formulas that the Ravens have dominated for years.

But ultimately, as I wrote earlier this offseason, I think this move mostly fits into the true cascade point of the Baltimore offseason, which is the trade demand for Orlando Brown Jr. That was only briefly addressed by Eric DeCosta in his pre-free agency presser, and not in a way that necessarily tips a hand one way or another: 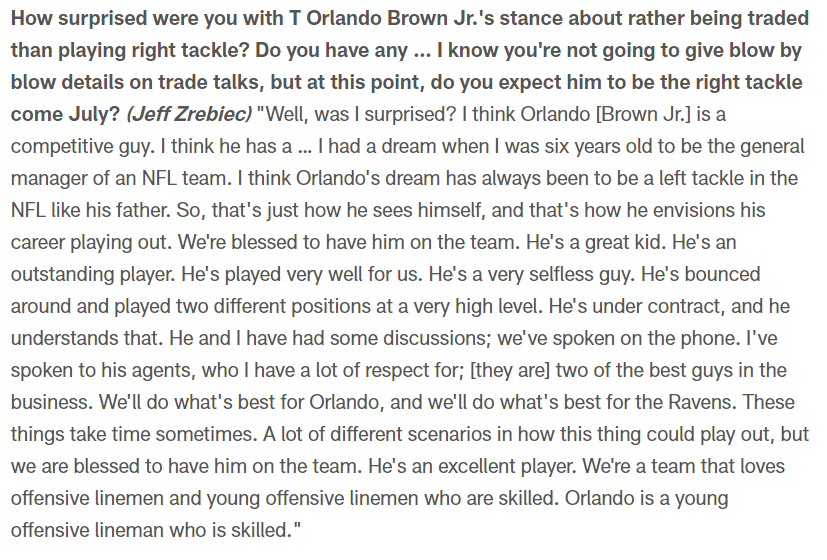 So what the Zeitler move does is give a little buffer for the Ravens with regards to how this plays out. Not only does it enable them to move Brown and keep a reasonably talented offensive line, it also enables them to move Brown and draft somebody with the pick that isn’t necessarily a one-for-one replacement for Brown. At the same time, if the team can reason with Brown — or do something wacky like move Stanley to right tackle to appease him — then they’ve built an offensive line that can aspire to how good things were in 2019.

The entire direction of the Ravens offseason comes cascading off of what happens with Brown. With Zeitler in the mix, they’ve turned the slope a bit so that whatever happens, they have titled the odds of them coming out ahead on the offensive line in their favor.