Left Behind: How the Orioles Have Replaced Andrew Miller 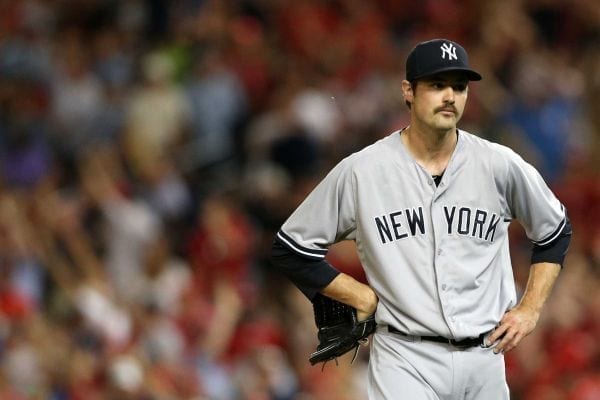 When the Orioles acquired Andrew Miller from the Boston Red Sox for the stretch run last year, it fortified what was already a solid bullpen. It also sent a clear message to other teams and fans in Baltimore that the Orioles wanted to win. Giving up a good prospect, Eduardo Rodriguez, in return for a few short months of Miller’s services felt like a hefty price to some, but was also a rare example of the Orioles borrowing from the future to double down on the short term.

Andrew Miller threw just 20 innings for the Orioles in 2014, and an incredible 20 innings they were. The sidewinding lefty struck out 34 batters (a rate of 15.3 per nine innings) and walked just 4 (1.8 per nine innings), enough to command a high price on the free agent market after the Orioles were swept by the Royals in the ALCS. It seemed a foregone conclusion that Andrew Miller would leave Baltimore; a player of his caliber is just too expensive for the Orioles.

The Orioles bullpen was one of the best in baseball before adding Andrew Miller, who played tremendous baseball in Baltimore but not for very long, compared to his bullpen mates – surely the relievers would return to such heights in 2015, even with the departure of talented Andrew Miller. Many fans wanted the Orioles to make a serious offer, proclaiming Miller to be the most important of the three free agents to have left Baltimore after 2014, but they never did. Instead, Andrew Miller signed with the New York Yankees for 4 years and $36 million.

Discuss Andrew Miller’s first season in New York and the Orioles’ bullpen on the BSL Forums.

On the BSL forums, I had gone on record before his departure saying that the Orioles should let Andrew Miller walk to the highest bidder. That he would almost assuredly be in Boston or the Bronx, two of the Orioles’ divisional rivals, was of no matter (although a return to Boston might have hurt more after the Orioles gave up so much for Miller – without a World Series it would feel like we lost two players and gained none). This was about money, partially, but also talent. Until 2014, Miller had never pitched as well as he had for the Orioles. Even his 42.1 innings for Boston, while very good, were not anything like that he put up in Baltimore. Not only will he be expensive, I reasoned, he probably won’t be as good as many expect.

Today, I will walk back that judgement, at least in part. Andrew Miller has picked up in 2015 where he left off in 2014, albeit in a slightly different role. In Baltimore, Andrew Miller played the fireman, squelching any opportunities in the late innings that opponents had before handing the ball to Zach Britton. Miller made appearances in the 7th, 8th, 9th, and extra innings for the Orioles in 2014 and made sure the game was always in the O’s hands. For the Yankees, Miller has been in a much more visible role, pitching in the 9th inning in 19 of his 22 appearances (plus carrying over into extra innings in 3 of those). He’s come in during the 8th inning just three times to face 6 batters – potentially save situations themselves, depending on the context. In short, instead of being a fireman, Andrew Miller is now in the Yankees’ Traditional Closer role.

Here’s how the Orioles’ current back-of-bullpen arms are performing compared to Andrew Miller:

Zach Britton is having himself one heck of a year again, pitching 57% better than league average by FIP. He’s striking out more than 11 batters per nine innings and walking just 1.4 per nine innings – fewer than Andrew Miller in both cases.

After Britton, the pitchers fall off a bit. Hunter and O’Day are actually pitching about as well as they usually do: both pitchers have recorded an FIP- between 81 and 91 in nearly every year since 2012 (O’Day was at 69 in 2012), and both have recorded strikeouts at exactly the same rates since 2012 that they have in 2015. Unfortunately, neither is the shutdown reliever that Miller is. As a result, the Orioles have the 15th ranked bullpen by fWAR – league average! – while the Yankees have the 2nd (17th and 5th by FIP-, respectively). Andrew Miller, who has earned 0.7 fWAR so far this season, would nearly double the Orioles’ total by himself. Actually, replacing one of the Orioles’ relief pitchers with Andrew Miller would probably push the team’s bullpen fWAR above 1.5 because his appearances would probably have replaced or taken innings from pitchers who have recorded negative fWAR (Brian Matusz, Jason Garcia, and Oliver Drake).

We already know that the Orioles let Andrew Miller walk to save some cash, but let’s take a look at what they’re paying their bullpen arms compared to Miller:

Zach Britton, who is so far outperforming Andrew Miller in 2015, at least as far as FIP- goes, is making just about one-third of Miller’s salary. Tommy Hunter and Darren O’Day together are still earning $100,000 less than Miller will this season. It’s easy to see why the Orioles were concerned by Miller’s price tag, even if they were all in on his talent.

But Britton, Hunter, and O’Day were all set to be on the Orioles’ roster anyway. Hunter and the Orioles avoided arbitration with a one-year deal, so he would have been on the roster one way or another, O’Day was finishing out a two-year deal, and this is Zach Britton’s first year of arbitration, so he was still under team control. The same can be said of Brian Matusz, Brad Brach, and TJ McFarland. The only pitcher brought in from outside the organization for this season was Wesley Wright, who was signed to a one-year deal for $1.7 million.

Andrew Miller was let go in favor of minor league pitchers and Rule V draft picks like Oliver Drake and Jason Garcia that could stock the bullpen. As the Astros have shown recently, the bullpen isn’t the place to spend money when the team is rebuilding, but it is worth spending on when the team is contending because it’s an easy place to pick up wins.

Yes, Andrew Miller would have been more expensive by close to $9 million per season than pitchers like Jason Garcia, Oliver Drake, and Chaz Roe. He would have, however, taken innings away from those pitchers and Brian Matusz, instantly improving the state of the Orioles’ bullpen. In fact, if Miller ate enough of their innings as to erase their negative fWAR entirely – as in, their samples were small enough or nonexistent enough so as to be 0 – he’d be worth his actual 0.7 fWAR plus the cumulative 0.5 fWAR that those pitchers have given away. At a total of 1.2 fWAR added to the team and a free market rate of $7 million per win, the sticker price for Andrew Miller doesn’t look half bad with much of the season to play. Even if Matusz’s play wasn’t entirely replaced, Miller’s eating of Garcia and Drake’s innings would net the team 0.9 fWAR already this year.

I’m not yet prepared to call the Orioles’ decision to let Miller walk a huge mistake. He’s still a bullpen pitcher that operates in incredibly small samples, and is subject to high variance in his outcomes. What looks amazing this year might, purely by coincidence, be less so next year. Making a four-year commitment to a relief pitcher, no matter how convinced the team is of the reality of his skill level (remember, his history doesn’t match his present), is a risky move when skill doesn’t always match outcomes from the bullpen.  It would be easier to say they did they right thing if they had gotten a ring last year.

However, the Orioles could surely have used Miller this year, and probably next (Hunter, O’Day, and Wright are both free agents at the end of 2015). Is letting Miller walk and bringing in so many young bullpen arms a sign that the Orioles are ready to make like the Rays in the best case, flipping gaudy stats from cheap players for good parts, or the rebuilding Astros in the worst? I surely hope not. Having his arm in our bullpen this year would simultaneously strengthen the Orioles and weaken the division rival Yankees, and in what looks to be a battle between flawed teams for the division, every little bit counts. It would have been nice to see the Orioles tack on those little bits anywhere they could, even if it isn’t consistent with their usual path of future flexibility.