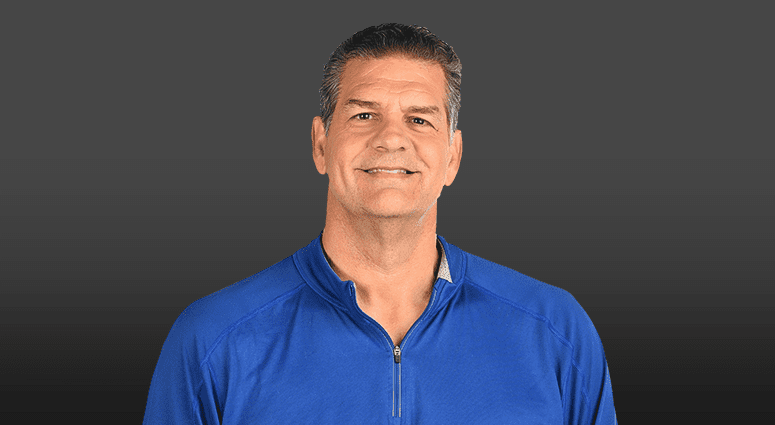 Lord knows, he tried to keep it together.

For weeks now, since word leaked out that ESPN was removing Mike Golic, Sr. from its morning radio show, Golic had stoically endured the tributes and recognition of his outsized presence in the medium with grace and humility, never once showing emotion.

But, when the curtain was about to come down Friday, and his son, Mike Jr., praised him as a media presence and as a father, the tears flowed.

As “Golic and Wingo” the three-year iteration of a program that had aired for 22 years, closed, the elder Golic, flanked by his family, could only say thanks.

The truth is, it’s Golic’s audience and ESPN that should actually be grateful. From his premiere in October, 1998, the former Eagle defensive lineman was at the vanguard of national sports talk radio, a genre that heretofore had been virtually exclusively presented in local form.

But it was Golic, and his most prominent partner, Mike Greenberg, who were together for 17 years on “Mike and Mike,” who took the national show format and made it accessible for local stations to plug in to the critical morning drive timeslot.

The show became one of the biggest cash cows at the Worldwide Leader and a necessary stop for all the big names, as well as a staple of its morning television lineup through simulcasts.

While Golic was clearly most comfortable talking football, he became credibly conversant in other sports as well. He clearly did his homework and was able to speak knowledgably about the infield shift and a Cover-2 defense.

But more importantly than what he knew, Golic’s charm was his affability and willingness to laugh at himself. He never minded being the butt of a joke and he welcomed the audience to laugh with him.

Golic also ingratiated himself with listeners/viewers by talking about his family in a way that didn’t seem obnoxious or insincere.

Tellingly, his son, Mike Jr., who signed his letter of intent to follow his father to play football at Notre Dame, became a co-host on “Golic and Wingo,” and will join WNBA player Chiney Ogwumike on an ESPN afternoon show.

Indeed, over the last four months since the Covid pandemic hit, the show has been conducted in Golic Sr.’s basement with his dogs becoming stars what with their proclivity to show up on set and lick any bare skin they discovered.

The end, for most athletes, seldom comes gracefully, and so it is for Golic, who hasn’t shied away from saying that he’s not leaving the morning show by choice. ESPN has pledged to move him back to the college football booth, where he first landed after he retired from football, but if the games don’t resume, Golic’s term with the company could end after his contract expires at the end of the year.

This is the second time that Golic Sr. has had the rug pulled from under him by a change that he didn’t ask for. First, it was the apparent desire of Greenberg to have his own television show based in New York that brought on the end of “Mike and Mike.” Now, it’s the premature ending of “Golic and Wingo,” the resulting program he helmed with former “NFL Live” host Trey Wingo.

“Golic and Wingo,” initially, was a tough slog to watch and listen to, mainly because Wingo seemed to pinball all over the place, struggling to settle in. Once he did, the show frankly reached a comfort zone that “Mike and Mike” had left over the last few years.

Unfortunately, it appears that in the massive game of musical chairs going on at ESPN  – one move that ironically includes the return of Greenberg to radio  — there may not be a seat for Wingo, whose contract also runs out at year’s end.

It feels as though “Golic and Wingo”–  which will be replaced by a show hosted by Zubin Mehenti, former NBA guard Jay Williams and former NFL receiver Keyshawn Johnson —  is getting swept off the air by the winds of wokeness that have blown through the nation since George Floyd was murdered by Minneapolis police in May.

That’s not to say that sports media in general and sports talk radio in particular don’t desperately need the perspective of more people of color.

Despite the fact that Black players make up a huge percentage of the work force in football and basketball, the white male vantage point has been the dominant one on sports talk radio forever. Bringing more diverse voices on the air and on camera, as well as behind the scenes, is long overdue.

But that didn’t have to happen at Mike Golic’s expense. ESPN officials will rue this mistake a lot sooner than they imagine.