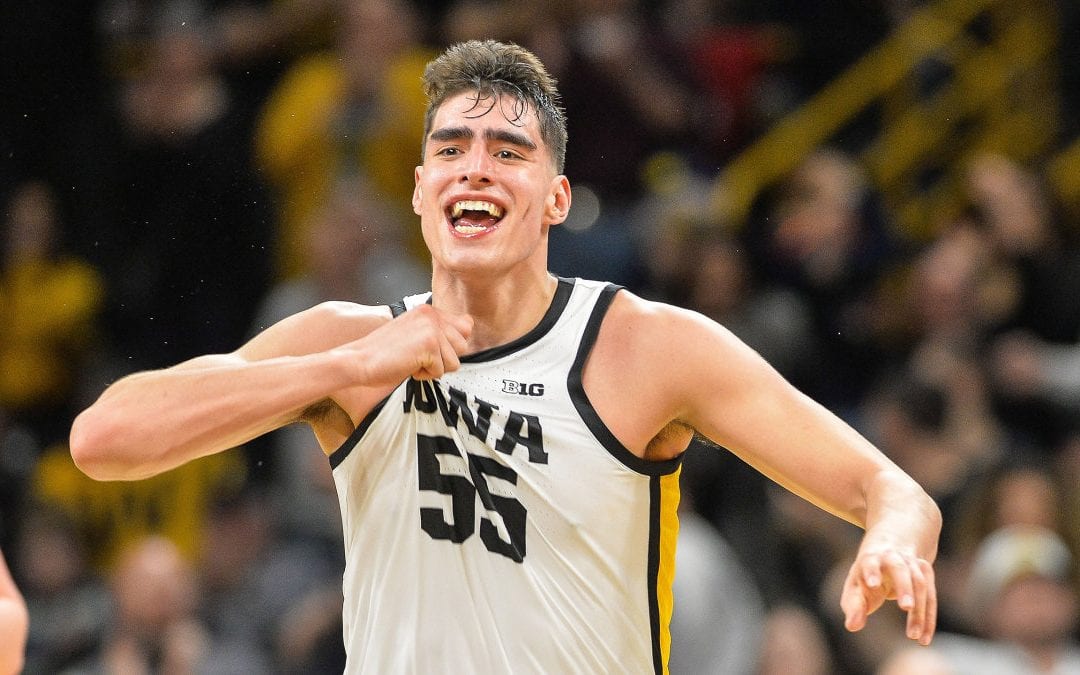 According to the analytics site Kenpom.com, 12 of the 14 men’s basketball teams in the Big Ten are among the top 50 teams in the country. Iowa, Wisconsin, Michigan and Illinois find themselves in the top ten with only Northwestern (59) and Nebraska (121) sitting outside the top 50.

The ranking from Kenpom is an excellent demonstration of the depth of the conference but this year’s Big Ten doesn’t quite have the same set of contenders and bottomfeeders as other recent years. Here’s a look at five of the most notable starts to this year’s Big Ten.

Michigan, who lost in the 2018 national title game, seems to have returned itself to being an elite program in the second year with school legend Juwan Howard as the head coach, owning a 10-0 record. The Wolverines join Gonzaga, Baylor, Drake and Winthrop as the only unbeaten teams in the country with at least ten wins. Freshman Hunter Dickinson, who made his presence felt against Maryland, is just 1.2 rebounds per game short of averaging a double-double on a very efficient 74.6 field goal percentage.

Over in East Lansing, Michigan State hasn’t been going through an underwhelming start to conference play, sitting at 2-4 and putting them closer to the bottom of the Big Ten standings than the top. Much like Maryland, the Spartans have been working through the departure of a senior leader at point guard: Cassius Winston. Winston averaged just a hair under 20 points per game in conference play last season and it’s hardly a surprise MSU is in the same boat as Maryland working out the kinks after losing a pivotal member of their last four teams.

The Purdue Boilermakers, agonizingly close to making the 2019 Final Four and a member of the 2017 and 2018 Sweet Sixteen, didn’t seem likely to return to the tournament last season even before the pandemic and this season. This year, Joe Lunardi has them as a #11 seed expected to be one of the play-in games, so they’re hardly the #3 seed Carsen Edwards nearly carried to the Final Four just two seasons ago.

As a pair of the conference’s recent top teams have fallen off, two previously underwhelming schools now pose a threat to the conference this season: Illinois and Rutgers.

While Maryland fans just saw Illinois lose to the Terps in an upset, the Fighting Illini are back to national relevance and success after spending the 2010s as one of the Big Ten’s more forgettable programs. From 2010-11 to 2018-19, Illinois only made the tournament two times, winning one game before exiting March Madness each time. Last season the Illini were above .500 against the Big Ten for the first time since 2009-10 and were able to get the two stars from that team to come back for this season. Sophomore Kofi Cockburn is making over 70 percent of his field goals to go along with 11.1 rebounds per game against Big Ten foes, while junior Ayo Dosunmu averages 20.3 points per game in Big Ten play and is currently making over 40 percent of his threes.

Some credit for the success of the Illini should go to head coach Brad Underwood, who made his name at mid-major Stephen F. Austin. The Lumberjacks won three straight conference titles and only once lost a conference game in the regular season or conference tournament during a stretch that also included an upset of #3 seed West Virginia in the NCAA tournament.

While Brad Underwood and Illinois have enjoyed a boost the past two seasons, the more surprising threat in the Big Ten is the Rutgers Scarlet Knights under Steve Pikiell. In their first four seasons in the Big Ten, they were nothing short of a laughing stock, never winning more than three games. This included an especially dreadful 7-25 season with just one Big Ten win, a season where Kenpom ranked them #279 out of the 351 teams to play Division 1 men’s basketball that year. The 2018-19 Scarlet Knights showed signs of competence, winning seven Big Ten games, including a win over traditional conference power Indiana. From there, Rutgers built on the progress it made last season by turning the Rutgers Athletic Center into “The Trapezoid of Doom.” Only one opponent traveled to Piscataway and left with a win last season, as Rutgers was able to take down in-state rival Seton Hall as well as Maryland and Wisconsin on their way to what would’ve been the first NCAA tournament appearance since 1991.

The lack of home-court advantage with no fans has already seen two Rutgers losses at the RAC, but Scarlet Knights are still a threat to the conference instead of one of the easiest wins on almost everyone’s schedule. Ron Harper Jr. is averaging nearly 19 points per game in conference play and the son of the Chicago Bull is making 45 percent of his threes on seven attempts per game. For Rutgers, a simple improvement at the free-throw line can go a long way towards winning the rest of this season. They’re currently making under 60 percent of their shots from the stripe, which included a brutal 4-for-12 effort in a two-point loss to Iowa.

During the 2017-18 season, the Big Ten produced just four NCAA tournament teams and the conference was so weak, Nebraska’s 13-5 record in conference earned it nothing more than an NIT bid. The conference rebounded with eight tournament teams the following year and according to BracketMatrix.com, an aggregator of projected brackets, the Big Ten would’ve sent ten teams to the tournament in a pandemic-free world last season. This year, the brackets gathered by BracketMatrix.com to this point expect another year of ten bids for the conference and that doesn’t even include Maryland, with two wins over ranked teams this year.

The Big Ten might not be the best conference in college basketball but it feels hard to argue against it being the deepest. What makes this season interesting, besides this pesky pandemic, is the top and bottom of the conferences looks different than it has in the past. After all, how often are you going to see Rutgers above Michigan State in the second week of January?