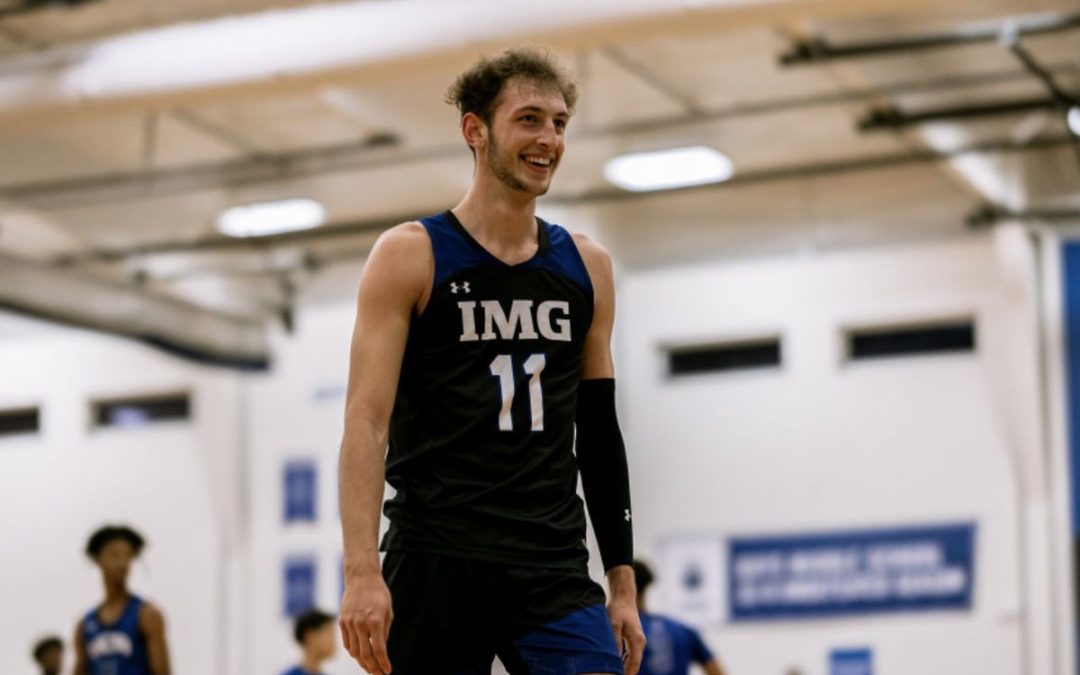 Despite most recently playing high school ball in the Sunshine State, the 6-foot-6 wing is actually an in-state product who previously committed to Memphis before withdrawing his Letter of Intent in February. Batchelor chose Maryland over Creighton, LSU, and Pitt, amongst others.

Batchelor is a solid prospect to start Willard’s 2022 class with. According to 247 Sports, Batchelor is ranked as the 46th best small forward and the 221st player overall nationally.

With tons of turnover in College Park this offseason, Batchelor is stepping into a situation where he could be asked to contribute heavily as a freshman. The Terps still have five open scholarships to fill, so Batchelor’s incoming classmates will likely be seeing plenty of time on the floor with him.

Let’s take a closer look at how Batchelor ended up in College Park and what kind of player the Terps are getting.

Before landing in Florida to finish up his high school career, Batchelor played ball at Glenelg County School in Ellicott City and St. Maria Goretti in Hagerstown before that.

The local product first committed to Penny Hardaway and the Memphis Tigers in July 2021, but a few months ago Batchelor decided to open things back up. Led by the efforts of assistant coach Greg Manning Jr., Maryland was one of the first schools to reach out to Batchelor when he went back on the market.

But the relationship with the Terps wasn’t a new one for the Ellicott City native. He was also recruited by former head coach Mark Turgeon before Turgeon’s departure from the program. But not long after Willard took the job in College Park, Batchelor was informed that his offer still stands with the current staff.

Maryland was initially supposed to host Batchelor in late February after his decommittment from Memphis. But he decided to hold off and wait until the Terps hired a new head coach. The Terps hosted Batcehlor on campus over Easter weekend and that visit was enough to seal the deal.

A large part of Willard’s success hinges on recruiting top local talent to College Park. That includes the local talent that goes off to play in other states. To aid this process, Willard has hired a staff deep rooted in the DMV area.

Assistants Tony Skinn, David Cox, and Manning all have local ties and can recruit Maryland’s backyard with the best of them. Their hires are a critical part of the Terps’ rebuild and should help Maryland reload the cupboard with talent quickly.

It starts with Batchelor. And now the staff has a 2022 pledge recruiting for them both locally and in the talent-rich state of Florida. IMG Academy is a powerhouse high school program in multiple sports and would be a great pipeline for Maryland to have.

It’s seems like there’s still quite a bit of unknown as to what Maryland’s roster, let alone starting lineup, will be next season. It does seem as though Donta Scott and Hakim Hart will be returning, although, nothing have been confirmed either way. If both do come back, they’ll likely return to their starting positions. Julian Reese is expected to be back in the fold and expectations are high for him entering his sophomore season. But beyond that it just seems like a ton of holes to fill.

But as Willard and his staff add more talent via recruiting and the transfer portal, College Park will become more and more of an attractive landing destination. Add in the plans for the new basketball facilities, and Maryland should have plenty going for it when it comes to attracting top athletes.

Batchelor likely wanted to be closer to home, but he still chose the Terps over some other pretty impressive offers. He has the skill set to compete for a starting spot on the wing right away. I’m sure Willard and his staff are selling recruits and transfers on the fact that there’s ample opportunity for playing time in College Park right now (as they should) and while that could come with some growing pains early in the process, sometimes that’s how you get talent ready for the big show.

Batchelor is long and skilled and brings with him the outside shooting that the Terps desparately need. Whether it’s in the starting lineup or off the bench, he’ll bring the ability to score at multiple levels along with length that lends itself to sound defense and rebounding.