Maryland Football ’21; What We Learned 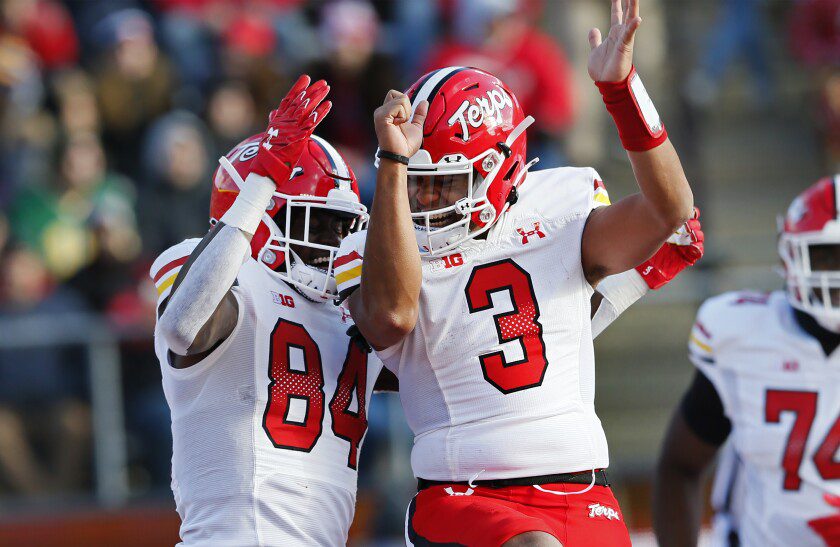 The Terps extended their season with a strong win at Rutgers last Saturday making themselves Bowl Eligible. Six wins and a Bowl Game is a step in the right direction for this Maryland program. The problem is the way it came together and how the average fan sees it. After a strong start, they had a rough finish going 2-6 in their last 8 games, so the last two wins were diminished by the losses to the likes of Penn State, Michigan State and Michigan. If they should lose their Bowl Game, it muddies the waters even further on analyzing this 2021 season.

Let’s go through this season in what they faced, what we learned and what they need to do going forward.

West Virginia was their best game of the year and a good win for several reasons. You cannot schedule Howard any longer or schools like that, it doesn’t do your program any good. Kent State came in with a high-powered offense and provided good work for the MD defense, those kinds of games are ok to have in the fold. Illinois is rebuilding under a new Head Coach, but MD ought to beat them more times than not no matter their situation. The Terps really should have blown out the Illini on that Friday night when you go back over it, but they got the W and that is all that matters. Not every Big Ten win is going to be pretty.

Iowa and Minnesota buried the Terps. Iowa played their best offensive game of the season that night although they were helped by turnovers. Iowa’s defense is their strength too this season. It should have been a close game regardless of outcome. Unfortunately for the Terps that game was an anomaly at their expense. At the time I really thought that was a winnable game but after the Demus injury and the following TO the game was over. That just was not going to be their night. I am not sure you just don’t toss that one out. I do believe Iowa is a team that MD can at least play tough and should in the future. Ohio State is Ohio State, they are at another level than much of the rest of the Conference, so I am not even going to comment further on that game.

The Terps have defeated Minnesota before and that is a program they should not only be competitive with but also get wins against on a regular basis. Coming off a bye it was highly disappointing to know what they were going to do in running the ball with a 3rd string back and still not have any answers to limit the damage…MD and Indiana always play each other close as evidenced again this year, fortunately MD got the win but it shouldn’t have been that close with what was a down year for the Hoosiers. Both those programs are very similar…

The way they won against Rutgers was encouraging, they played very well, came out wasted little time and took care of business. Getting that kind of win in Rutgers back yard was big for recruiting and shows that the work that needs to be done is greater or tougher even with Schianno back at the helm than what people thought. They are a program MD will need to beat on a regular basis to help them get to a winning season…

…No one was predicting that Michigan and Michigan State would have the seasons that they did. I thought those were games that MD would at least be competitive in and might even have a chance at taking one of the two. Unfortunately, MD played them late in the year as well where they had established themselves as some of the best teams in the country. MD did show fight against Michigan State and would come back in the game just to dig themselves a hole again. They did show me something there, but it was discouraging after seeing them go toe to toe with Penn State for most of the game. That loss was tough to swallow in the fact they allowed WR Jahan Dotson, the guy they needed to limit to run roughshod on them several times on the same play. The Nittany Lion game was a winnable one and it was disappointing they did not win but that is the kind of game you were expecting from Maryland not only against PSU but against the likes of Iowa, Michigan, etc.

FINAL ANALYSIS: Injuries, penalties and an even better Big Ten East Division than expected did not help matters this season. There were six wins and an upcoming Bowl Game and Tagovailoa breaking a lot of MD passing records. There were flashes of fight and talent in the Big Ten against Penn State and Michigan State. But it’s tough not to feel like MD is still in neutral from last season…A Bowl win would be beneficial for the Terps to get to 7 wins and have more to sell to recruits…Next year’s Recruiting Class needs to be greatly boosted and with the highlighted losses to the transfer portal of Lewis, Jennings, Boone, Jacobs and the likelihood Demus goes to the NFL, the Terps are losing some key players in addition to the graduating Seniors that they need to build next season from this season…Maryland made some progress this season but not sure the needle moved enough to resonate for fans or most of the media. Now the losses with the transfers and next year’s poor recruiting class as of now begs the question is this as good as it’s going to get? I do not believe that’s the case, but some things clearly have to change. Will they be stuck in this spot going forward or can they make the push to 7-5 records, more Bowl Games and overall better competitiveness? Time will tell but the aforementioned is doable in College Park.