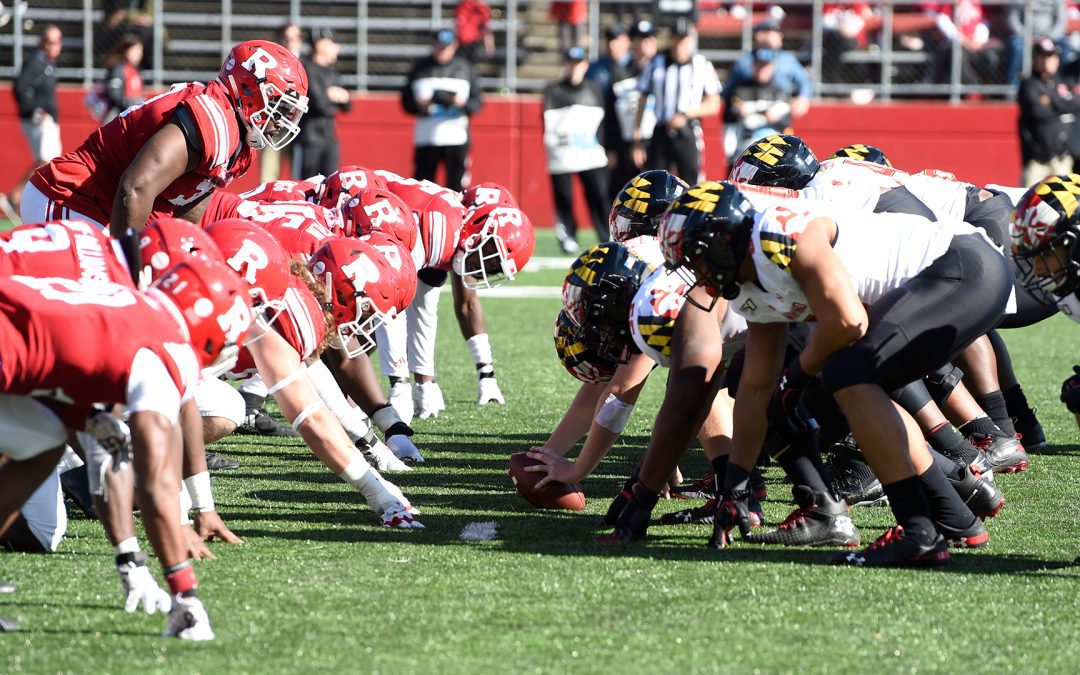 On Saturday in Piscataway, New Jersey, Maryland football has a chance to demonstrate a meaningful sign of progress.

If the Terps defeat Rutgers, they will be bowl-eligible for the first time since 2016, an improvement of three wins from head coach Mike Locksley’s 3-9 debut season of 2019.

From there, Maryland could continue to make progress by winning a bowl game.

That last occurred on December 29, 2010, in Ralph Friedgen’s final game as head coach. The Terps took down East Carolina at RFK Stadium in a 51-20 Military Bowl victory, thanks to 200 rushing yards and a pair of touchdowns from Da’Rel Scott.

Since then, Maryland has gone 0-3 in bowl games. They lost to Marshall in 2013, Stanford in 2014 and Boston College in 2016. Their bowl victory drought has spanned multiple coaches and multiple conferences, but a victory this Saturday can give Maryland another chance to win a bowl game.

While this season has hardly been a perfect outcome for the Terps, finishing the season 7-6 with a bowl victory would still be Maryland’s best season in more than a decade. Winning a bowl would be something Maryland could build on in the offseason, giving them concrete proof that this season went better than the previous several years.

Maryland winning a bowl game would also mean they’ve done something already accomplished by 11 of the other 13 Big Ten schools. Besides the Terps, only Indiana and Illinois have failed to win a bowl game since Maryland arrived in 2014.

You can argue that Maryland’s zero bowl wins since 2014 are embarrassing and show the failure of the program, and you’d hardly be wrong. However, I think the above table also demonstrates how meaningful it’d be to finally get that first win in a bowl game as a Big Ten school. Winning a random bowl in December wouldn’t mean that much to a consistent program like Iowa or Wisconsin, but for Maryland, it’d be a very encouraging sign that things are trending in the right direction.

Expecting regular 10-win seasons is unrealistic, but reliably finishing seasons 7-6 or 8-5 feels like a manageable goal to work towards and that can start in earnest this year with a victory over Rutgers leading to an invite to something like the Pinstripe Bowl.

Making and winning a bowl would be a sign of progress, but it also would hardly mean that Maryland is a finished product as a program. This mixed feeling of seeing progress but also knowing there’s more work to do feels especially true for quarterback Taulia Tagovailoa.

In his first full season as Maryland’s starting QB, he has provided fantastic numbers. The Alabama transfer has the fifth-most completions in the country and is in the top 20 for both completion percentage and passing yards. He’s the first Maryland QB to pass for 3000 yards in the 21st century and will have the single-season passing yards record if provides at least 217 yards through the air against the Scarlet Knights.

Tagovailoa’s passing numbers are miles ahead of other recent QBs in College Park like Josh Jackson or Tyrrell Pigrome and have shown that Maryland actually can get meaningful production at the position.

However, it’s still clear that there are things to work on for Tagovailoa to reach his full potential. Against Michigan last week, he was unable to find his wide-open tight end in the endzone on second-and-goal, throwing a pass too high for Corey Dyches. Maryland failed to score a touchdown on third down and kicked a field goal to reduce Michigan’s lead to 14-3. It wound up being Maryland’s best chance to keep the game close, as the Wolverines eventually took a 31-3 lead before winning 59-18.

No quarterback should be expected to make every pass, but poor passes in big spots against ranked opponents have a way of lingering much longer than incompletions in less important situations against weaker opponents.

His pick-six in the red zone with Maryland trailing Penn State by ten points late in the game was another example of a frustrating play happening in a high leverage moment. What could’ve been a 3-point game turning into a 17-point game against Maryland’s biggest rival felt like the perfect play to encapsulate the season. This wasn’t the awful blowout they suffered in 2019 against the Nittany Lions, but it was still a reminder that Maryland has more work to do.

A win over Rutgers on Saturday would be an accomplishment worth celebrating for the Terps and especially so if Tagovailoa breaks the single-season passing yards record.

However, a Maryland loss would change how this season is viewed.

Another 5-7 season would hardly be considered progress, especially when that was already accomplished in 2018. It’d be tough to convince fans the Terps can ever be taken seriously against schools like Ohio State, or even just Minnesota, when they can’t even beat someone like Rutgers to make a bowl game.

Meanwhile, Tagovailoa setting the single-season passing yards record in a loss would feel like little more than a neat piece of trivia instead of an achievement worth celebrating. Maryland getting a massive upgrade in production at quarterback but still failing to win six games from it would feel like business as usual for the assorted disappointments and failures this program has produced.

It’d also mean the lingering issues this year were too much to overcome. Some of them have been self-inflicted, like committing 7.09 penalties per game. Others have been out of Maryland’s control, like the injuries to the talented wide receiver duo of Dontay Demus Jr. and Jeshaun Jones. Regardless of whether it’s poor execution or just bad luck, it’d be hard to not dwell on those issues going into the offseason with a loss to Rutgers.

How we view Maryland’s 2021 and the program going forward will come down to 60 minutes of football in New Jersey on Thanksgiving weekend.

A victory would be a meaningful sign of progress and something Maryland could try to build on, especially if they win their bowl.

A defeat, however, would be a reminder that seemingly nothing good will ever happen to this program as long as it’s in the Big Ten.

We’ll just have to find out which one it’ll be on Saturday.