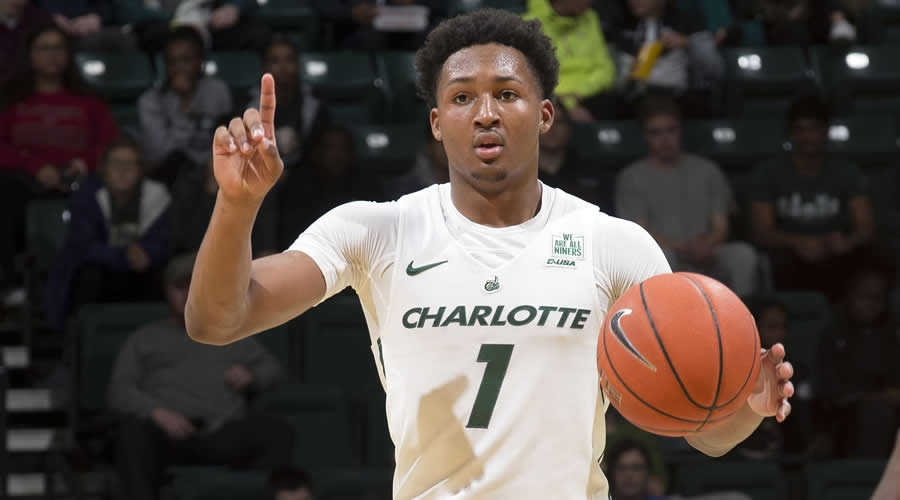 CBS Sports College Basketball analyst Jon Rothstein broke the news via Twitter Wednesday evening with the caveat that Young is still testing the waters of the NBA Draft.

Young, an Upper Marlboro native and former three-star recruit from local powerhouse DeMatha Catholic, chose to come home and play for Willard at Maryland but he was also considering Georgetown, Kansas State, Miami, and Wake Forest. He was one of the most sought after guards in the transfer portal this offseason after averaging 19.6 points, 5.9 rebounds, 3.7 assists, and 1.1 steals per game this year with the 49ers. The spectacular season earned Young First Team All-Conference USA honors.

The Terps were able to host Young on campus shortly after he entered the transfer portal, but Georgetown and Miami were seriously in the mix, especially after both hired assistants who were closely tied to Young and his family.

Although it took a roundabout course, Young’s transfer to Maryland marks the first player from DeMatha to end up in College Park since Travis Garrison in 2002. Because of his local ties, Terps assistant Tony Skinn played a major role in landing Young as well.

Willard now has his point guard and replacement for Fatts Russell next season. With four remaining scholarships available for next year, Maryland still has plenty of holes to fill, but Young is a great start.

Since arriving in College Park, Willard has begun to build his roster with commitments from 2022 recruit Noah Batchelor and Young. With a point guard and wing now on board, Willard and his staff will likely prioritize bigs moving forward, but another guard and more shooters would also help.

Duquesne transfer Primo Spears just finished up his official visit to College Park and has narrowed his search down to Maryland, Oklahoma, and TCU. He has an in-home visit with TCU’s Jamie Dixon set for Thursday, but the Terps could have the inside track because of his familiarity with the DMV area. He previously prepped at Mt. Zion in Prince George’s County.

A decision from South Carolina transfer guard Jermaine Cousinard doesn’t seem imminent, but Maryland seems to be in a good position. However, there are some heavy hitters involved such as Ohio State and Gonzaga. But Ohio State just received a commitment from a transfer who fits a similar role and Gonzaga on Thursday is his only other scheduled visit. If the Terps can beat out the bulldogs, they might land another big piece.

Maryland hosted 2022 guard Adou Thiero last week and the Pittsburgh native reportedly enjoyed his trip. He has visited Xavier and has a trip planned to Kentucky, so there’s some competition. Kentucky could become a major threat because Thiero is a budding prospect and his father played for John Calipari at Memphis.

Texas transfer guard Courtney Ramey is an exciting name in the transfer portal right now and it’s good news that Maryland is one of the first schools to reach out. He averaged 9.4 points, 3.5 rebounds, and 1.6 assists per game this season and has an impressive list of schools pursuing him, including Gonzaga, Kansas, Illinois, and Ohio State.